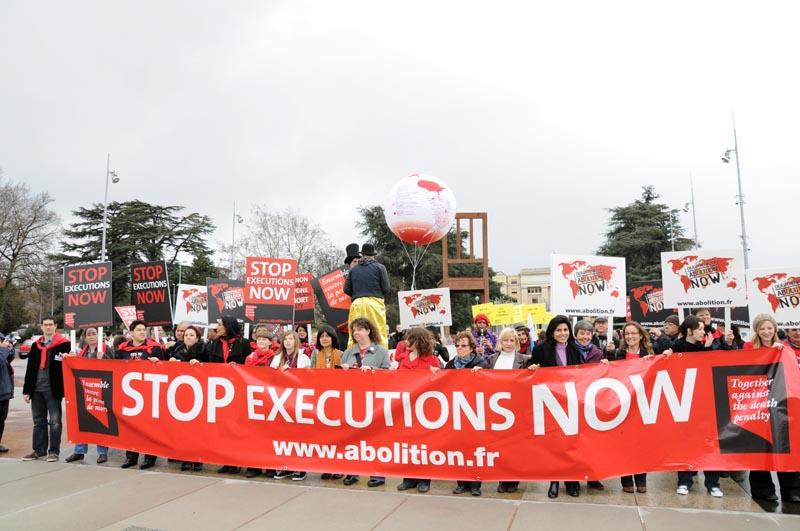 The United States should abolish capital punishment. Also known as the death penalty, this fatal form of punishment for committed crimes serves no true justice and produces more harm than good.

The death penalty not only violates the Eighth Amendment but it also costs the taxpayers more money for a prisoner to be on death row than it does for them to be in on a life sentence punishment.

Practicing the death penalty causes innocent people to potentially die because they were wrongly accused. A 2010 poll by Lake Research Partners found that 61 percent of voters supported a punishment other than the death penalty for murder.

I understand how some would agree with capital punishment if someone were to murder my family or commit a heinous crime against someone I care about, I couldn’t face them either.

The perpetrator is not the only person hurt by the death penalty.

Republican lawmakers are pushing a number of anti-death penalty measures across the country in a move that aligns with recent studies that suggest conservatives are increasingly supporting the repeal of capital punishment laws. https://t.co/sMUu9n7xFH pic.twitter.com/ZaJ8rrbG80

According to the National Coalition to Abolish the Death Penalty, 31 percent of state executioners develop PTSD while only 20 percent of Iraq war veterans develop it.

Jerry Givens, a former executioner with a body count of 62, said “You have to transform yourself into that person that will take a life. Every time an execution was announced, it meant that I had to prepare myself mentally to kill.”

California Governor Edmund Brown, who had the decision of whether the death penalty would be granted in 59 different cases said, “The longer I live, the larger loom those 59 decisions about justice and mercy that I had to make as governor.”

“It was an ultimate power over the lives of others that no person or government should have. And looking back over their names and files now, I realize that each decision took something out of me that nothing — not family or work or hope for the future — has ever been able to replace,” Brown said.

“Final march/manifestation finale, Genève 2010″ by World Coalition Against the Death Penalty on Flickr is licensed under CC BY 2.0. No changes were made to the original image. Use of the image does not indicate photographer endorsement of the article. For the full license, click here.