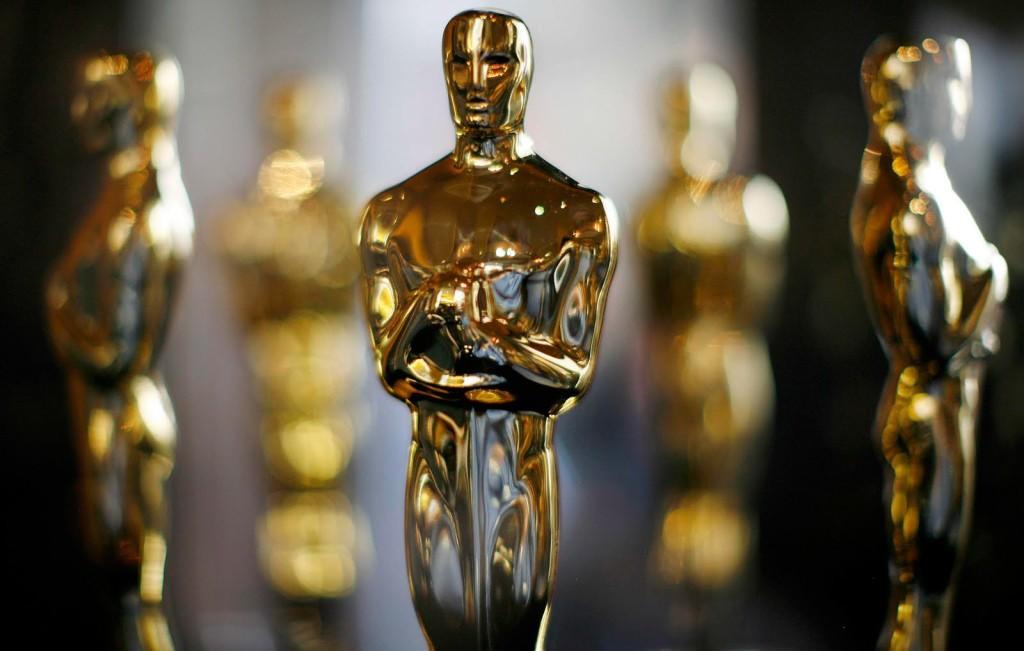 Typically, a celebrity hosts the Oscars, but this year, the celebrity lined up to host, Kevin Hart, stepped down after The Academy put him under heat about homophobic tweets he had sent. People were curious who would replace Hart, some people calling for Tiffany Haddish, or Donald Glover, but The Academy shocked fans when it announced that it would have no host this year.

Regardless whether The Oscars has a host or not, the show must go on. To get ready for the show, here are some of our predictions about what companies, actors, actresses and films will take home the big wins of the night.
1. Best Actor and Best Actress
Our biggest prediction is arguably our safest prediction, but if you’ve seen these actors work, these predictions won’t come to you as a shock. For Best Actor in a Leading Role, we predict Rami Malek will win for his performance as Freddie Mercury in “Bohemian Rhapsody.” While the movie itself was arguably not the best (you can read our review of the movie here) Malek’s performance was jaw dropping and deserves to win the Oscar all the way. If you’ve seen Malek in other performances, such as “Mr. Robot,” you know he puts on a completely different persona than Mercury, making his acting even more impressing. So far, Malek has won almost all of the awards he was nominated for and despite being a newbie at the Oscars, it’s likely he will win this award too.

In addition to Malek, we predict Glenn Close will win the Oscar for Best Actress in a Leading Role for her portrayal as Joan in “The Wife.” According to many critics and reviews, Close does a wonderful at portraying a woman who has been on the sidelines of her husband’s achievements. Close has been nominated for six Oscars prior to this nomination with this being her seventh overall and fourth nomination in the Best Actress in a Leading Role. Hopefully this will be Close’s year, but just as with any award show, you never know how the votes will fall.
2. Best Animated Feature Film
Every year at award shows, it feels like Disney/Pixar take home the awards for Best Animated Feature every year, but this year things might be changing. Despite “Wreck it Ralph Two: Ralph Breaks the Internet” and “The Incredibles Two” being nominated in the same category, it looks like Sony’s “Spider-Man: Into the Spider-Verse” has a high potential at taking home this award.

Congratulations to the #SpiderVerse cast and crew on their #Oscars nomination for Best Animated Feature! 🕷️🎉 pic.twitter.com/sazJ2zJBQZ

— Spider-Man: Into The Spider-Verse (@SpiderVerse) January 22, 2019
“Spider-Verse” brings a lot to the table that both movies from Disney/Pixar and arguably almost all animation companies haven’t been able to do, and that’s the unique animation and cinematography that you can read more about by clicking here. So far the movie has won almost every award it has been nominated for since the beginning of award show season this year. If the Oscars were to hand the award to one of the other movies up for this award, it would be one of the only award shows to do so. This movie stands out from the others in such a unique way that you have to experience for yourself and it’s that experience and journey that “Spider-Verse” takes you on that will make it the best film and winner of this category.
3. “Roma” will do well
Alfonso Cuarón’s “Roma” has been receiving a lot of talk from critics. “Roma” is a black-and-white film about a woman working for a middle-class family in Mexico during the 1970s. It is written and directed by Alfonso Cuarón. Unlike any of the other contenders for the best picture award, “Roma” was released on Netflix and not in the theaters. This fact alone makes “Roma” a slightly strange pick for best picture. Add in the fact that it is in black-and-white and Spanish as well as the relative obscurity of its actors (Yalitza Aparicio, the star of the movie had never acted before), and it is a wonder that “Roma” was even nominated. Still, critics have been raving about the imagery and dialogue in this piece. The quality is reflected in the awards and recognition that “Roma” has received.

With 10 Oscars nominations, “Roma” is tied with ”The Favorite”  for most nominations across all categories this year. We are predicting “Roma” to win both the Best Picture award as well as the Best Director award for Alfonso Cuarón. “Roma” has done moderately well on the award path this year. It has collected a number of Notable awards, including a Golden Globe for directing as well as a BAFTA for best film.  The previous awards for “Roma” help us to somewhat safely predict a win for “Roma” in the best picture category.

Additionally, a critic named Ben Zauzmer, uses a variety of numbers and statistics to predict the likelihood of each film to win. Zauzmer has proven relatively accurate in the past. This year, he predicted “Roma” to take home the award for best picture. Numerous other critics are predicting “Roma” to take home the award as well, which makes our prediction a relatively safe one.

In 100 hours, the Oscars will announce the Best Picture of 2018. Here are the current standings, as per my mathematical model for @THR: pic.twitter.com/cRH1rKXyIp

— Ben Zauzmer (@BensOscarMath) February 21, 2019
In terms of best director, Alfonso Cuarón is leading the pack. Cuarón won an Oscar for directing in 2016 for his film “Gravity.” Cuarón has also received recognition this year for his film. Critics love his style and directing. Cuarón won multiple awards for directing, including a Golden Globe and a Director’s Guild award. These achievements help to put  Cuarón at the top of the list for best director.
4. Diverse films will dominate
The Oscars has a history of excluding diverse films and actors. In January 2016, after a shocking number of whites were nominated, The Academy voted to make a concentrated effort to  increase the number of women and people of color its membership by 2020. They hoped that increasing the diversity of the people nominating the films would help to increase the types of films and people nominated for the awards.

Although The Academy still has a long way to go in showcasing diversity, the nominations in the years since 2016 have been slowly broadening the range of cultures The Oscars celebrates. Looking at this year’s lineup of nominations, we can see some of the effects of that effort. In the best picture category, a foreign language film, “Roma,” is our prediction to win best picture. If “Roma” were to win, it would be the first ever foreign language film to win an Academy Award. Additionally, “BlacKkKlansman”, “Black Panther” and “The Green Book” are nominated for the best picture category. Each of these movies feature strong African-American leads. In the animated feature category, we expect “Spiderman: Into the Spider-Verse,” which features a Spiderman of African and Latino descent, to take the award. This would be another step forward for The Oscars.

In addition to the increase in people of color, The Academy has shifted the types of films it typically nominates to include other genres that The Oscars often shies away from. “Black Panther” is the first ever superhero movie to be nominated for best picture (“Black Panther” also has the highest Rotten Tomatoes score of all of the movies nominated for best picture). “Roma” is only the tenth foreign language film ever to be nominated in the same category. If it were to win, it would be the first ever foreign-language film to win the best picture academy award.

While there were a lot of people of color to be nominated this year, the Academy still has a long way to go. The majority of the nominees were still white, and most of the best picture nominees were male dominated films.
5. Disney won’t win it’s usual categories
While typically Disney/Pixar takes home Oscars for Best Song, Best Animated Feature and/or Best Animated Short, we’re predicting this year Disney’s big wins will happen in the more technical categories. Our predictions fall with the majority’s that “Spider-Verse” will win Best Animated Feature, and “Shallow” from “A Star is Born” will win Best Original Song, but we do believe that the Pixar animated short “Bao,” directed by Domee Shi will win Best Animated Short.

The thing about the movies and songs nominated this year were that the predicted winners each had something unique to them that, for the most part, hadn’t been seen before. “Spider-Verse’s” animation stands out among the rest of the nominees and makes movies like “The Incredibles 2” and “Ralph Breaks the Internet” seem bland in comparison. The same elements apply to “Shallow,” with the song being about “life and a desire for more depth of the shallowness of a modern era,” according to Lady Gaga. With the emotional attachment both Gaga and Bradley Cooper had to the song, it adds to the power of the song and isn’t surprising that it is likely to win Best Original Song.

In addition to their typical awards, it doesn’t look like Marvel will win big with Black Panther despite its numerous nominations including Best Picture, but that doesn’t necessarily mean Disney will go home empty handed. “Mary Poppins Returns” and “Avengers: Infinity War” are just two of the other movies nominated that have a potential of winning awards in categories including Costume Design, Visual Effects and Production Design. These categories unfortunately tend to get overlooked for the bigger awards but without these elements, the movies wouldn’t be the same. It’s important to reward the people who spend hours editing and turning footage with just actors and a green screen into the worlds we see on the big screen. If Disney can win some of these categories, it may bring more attention to the categories and get more people interested.

The 91st Academy Awards will air this Sunday, Feb. 24th at 8 p.m. Eastern Standard Time with a pre-show before as usual. Tune in to see if our predictions were right and stay tuned on Monday for our recap of the Oscars.

Featured Image Citation: “The Oscars” by Disney | ABC Television G is licensed under Creative Commons Attribution-NoDerivs 2.0 Generic. No changes were made to the image. Use of this photo does not indicate photographer endorsement of this article.