‘Franck the Tank’ scores on and off the field 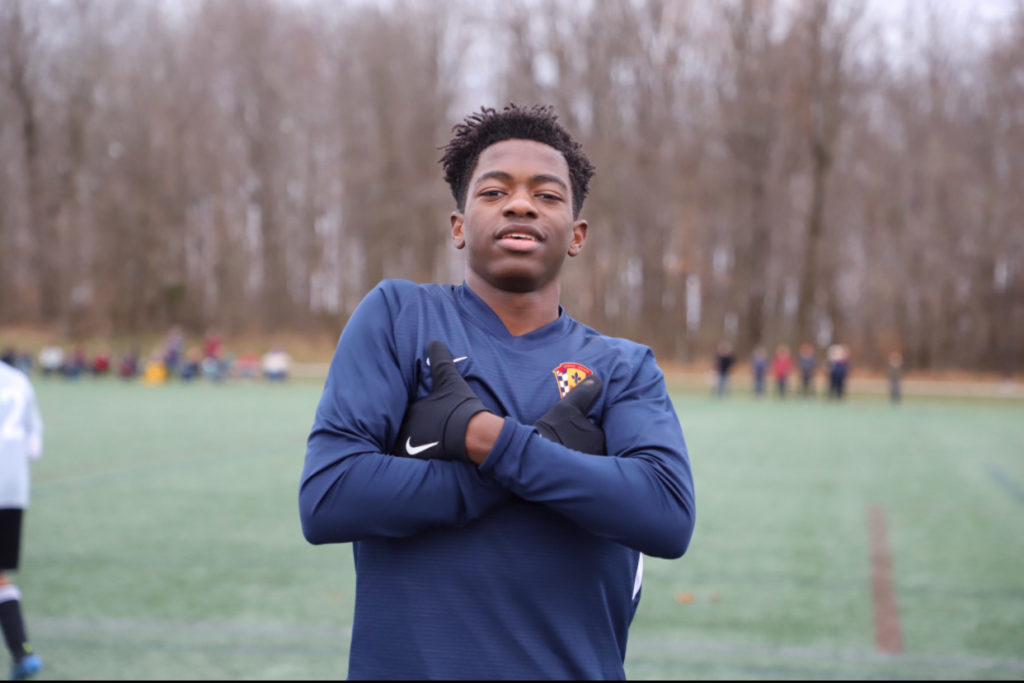 Starting when he was only five or six years old, Temgoua began playing soccer and quickly learned of his passion for the sport. After only a couple of seasons, the sport took the backseat of his life and he stopped playing until about age 13.

“The biggest thing I’ve learned in my athletic career is perseverance. If whatever you chose is a dream, keep chasing it until it is a reality,” Temgoua said. “At the start of my athletic career, I was not the best at soccer but I loved the sport, and I wanted to see myself going further with it. I played for a rec league my first year thinking I was the best.”

The following year, a well-known club team called Javanon held their annual try-outs. With full confidence, Temgoua went in with his head held high and quickly left with it hanging low.

After not making the team that year, this rejection turned middle school Temgoua into an even more determined 13-year-old.

Every day came with at least two hours of practice to make him the best player he could be and quickly, those loosely shed tears were out behind him. The following year, Temgoua made the team.

“The rejection had made me stronger because of the perspective I had taken from it. It wasn’t ‘you’re not good enough”, it was ‘you will be good enough, and even the best if you try’,” Temgoua said.

A trip to France with the intentions of visiting friends and family turned into an athletic discovery. “There, people of thousands of ethnicities played the sport, making the sport feel very inclusive because everyone added something to the vibrant game,” Temgoua said.

Because of his skin color, feelings of displacement came with this mostly Caucasian sport. As competition grows and the level of skill increases, so does this continuous population.

Temgoua’s extroverted personality and adaptivity helped him grow past this. One of his internal goals was always to fit in.

But because of the welcoming community France brought, Temgoua grew from this experience and said, “If you can really play, there will be someone to pick you up to play for them.”

“It’s just the hefty fees in America of the higher level soccer that discourages many minorities. Even trying to find my niche as a minority helped me understand how life will sometimes bring hardship. This was not to deter me, but make me a better and more adaptive person. And I’ve grown so much,” Temgoua said.

A sense of community is a common theme among Temgoua’s athletic career. Although it can be a tough challenge at times, “the combination of a competitive school and sport really challenges you to be on point every day, yet being able to still achieve your goals makes you a stronger person doing it this way.”

The support offered by his school has helped him continue this journey. “Countless times in school and sports this same idea is instilled in my mind, so long that I believe in myself and my abilities. And most of all, believing in the American dream: you can be anything,” Temgoma said.

The two, soccer and school, go hand-in-hand in helping each aspect of himself grow.

“The sport isn’t just a physical but mental battle every day,” Temgoua said.