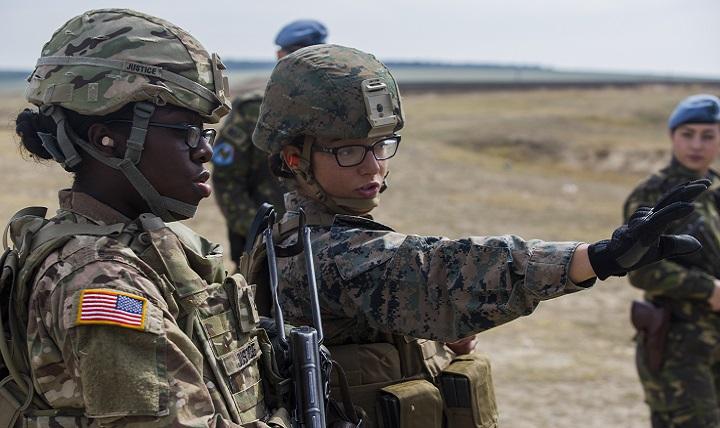 Men-only military drafts are unconstitutional according to a U.S. District Judge from Houston who issued a ruling a few weeks ago that the Selective Service draft excluding women is sexual discrimination.

This week, a second judge also declared the draft unconstitutional in an aim to put pressure on Congress to visit the draft and decide whether it should include women or if the draft should exist at all.

One proposal makes registering for the Selective Service somewhat optional, with men and women encouraged to enroll in the draft, but they would face no consequences if they failed to do so.

The Department of Defense is in favor of the newest proposals, especially for adding women to the draft.

“It would appear imprudent to exclude approximately 50 percent of the population – the female half – from availability for the draft in the case of a national emergency,” officials from the Defense Department said in a statement.

Manual students, however, seem split on the proposal to include women in the draft and the utilization of the draft in general.

“I don’t see anything wrong with it but I wouldn’t personally prefer it. If a woman wants to join the military, they can. There’s no need to draft them at all,” Julia Prajdic (11, YPAS) said.

“I would say it’s a good thing as it adds more people to needed ranks in the military and potentially helps women reach new levels of equality,” Naren Chitem (10, MST) said.

Currently, men are required to register for the Selective Service draft within 30 days of their eighteenth birthday. The military has utilized the draft to require hundreds of thousands of men regardless of religion, race and economic class and some argue that women should also be included.

The National Coalition for Men created the case with the argument that an all-male military draft is “unfair.” In the second case, Elizabeth Kyle-Labell sued the Selective Service System because she wished to register for the draft.

While the ruling is controversial among the Justice Department, lawyers for the department will likely appeal to the Fifth Circuit Court of Appeals to defend an act from Congress. For now, the Selective Service will continue the draft as it has been until Congress passes a new law or an amendment to the current Military Selective Service Act.

Politicians are also divided on the issue. President Obama, before leaving office, stated that he was in favor of women participating in the military draft while President Trump has remained mostly silent on the issue.

Regardless of the politics behind the ruling, students all across the nation could be affected by changes to the upcoming draft. Whether they no longer have to register within the next few years or if women are required to register, it appears that the Selective Service draft will not remain the same.

“Due to the low probability of a draft ever occurring again, I don’t think the debate over women being included really matters. In fact, the more important discussion should be regarding the abolition of the draft,” Chitem said.

Featured image citation: Naval Hospital on Wikimedia Commons is courtesy of the United States Government and is labeled for public reuse. No changes were made to the original image.