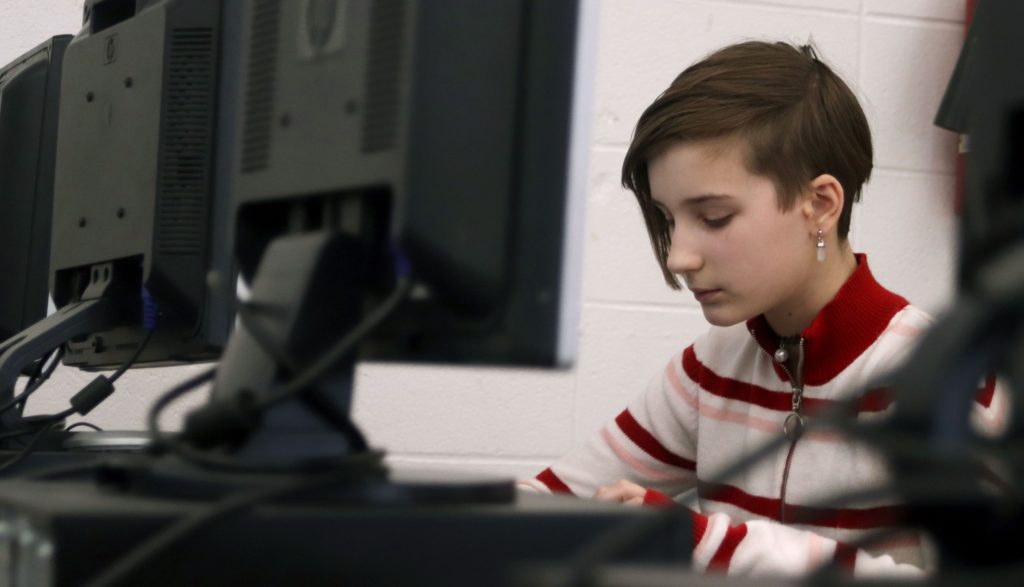 Jefferson County Traditional Middle School (JCTMS), among other public schools, hosted a Digital Backpack workday from 10 a.m. to 1:30 p.m. on March 12 and 13 after Jefferson County Public Schools (JCPS) closed due to teacher sick-outs.

Dr. Teri Reed, the JCTMS principal said that the point of potentially providing this time and space for students who need this extra help is to allow them access to teachers and computers, the latter being necessary to run the two programs.

Tonya Artman, an eighth grade science teacher at JCTMS, planned the work session based on schools like Knight Middle, which had done the same thing on March 6 and/or 7 the week before. Reed approved the decision, manning the school’s office while teachers taught in the lab.

Originally, Artman had planned for the workday to be on Friday, March 8 if school was still out. Since school was in session, she changed the date to the next day there was a sick-out.

Trevor Harry (12, HSU), who drove his brother to JCTMS, said that he had a pretty good inclination to believe JCPS would cancel school on March 12, “but since I’m a senior, we had a day of service already planned so I wasn’t going to be at school anyways.”

Several students came to work on slideshows for their Backpack presentations while teachers advised them.

“I’m writing down my MAP scores, and doing my ELA [English/Language Arts] MAP standards and I’m doing a summary about it,” Vance McFarland, an eighth grader at JCTMS, said.

While Artman could not attend the protests in Frankfort since she has two young boys at home, she believes she is doing her part by helping the students.

“You don’t want to make it feel like you’re crossing the picket line because so many people are going to represent in Frankfort, but not all of us can do that,” Artman said. “We felt that this was the best way to support the efforts, supporting our kids while still rooting everyone else to go and cheer and yell and wear red for us.”

“This is an awesome use of our time if we’re not going to be in school. This is great. Especially for those students who may not have Internet access at home,” Ally Overton, an eighth grade language arts teacher at JCTMS, said.