OPINION: False accusations of sexual harassment damage credibility of the Me Too movement 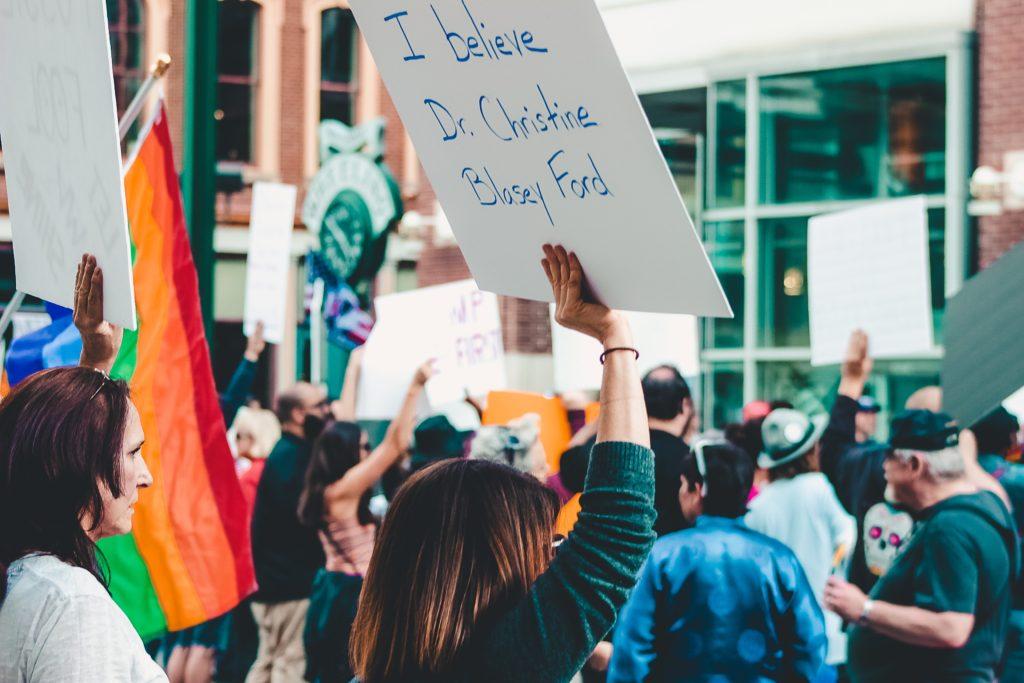 In January of this year in Mount Pleasant, South Carolina, 43-year-old Susan Johnson was arrested for falsely claiming that “Southern Charm” star J.D. Madison sexually assaulted her back in August of 2017.  Police said they found inconsistencies in her story mixed with plot holes that resulted in the arrest.

Even though they found clear lies in her story, Johnson is still attempting to maintain her innocence with her lawyer claiming she was severely intoxicated at the time of questioning which is why the inconsistencies arose. She also claimed she had no recollection of the phone calls or messages the police used as evidence to discredit her, and therefore the evidence should be seen as unusable.

While the investigation is still underway, it is likely that is will not go far and Madison will maintain his innocence. This means he was put under observation and almost arrested for a crime he didn’t commit, just because a woman said he did.

Unfortunately, in the past few years, stories of men and women being thrown into jail for sexual harassment crimes they didn’t commit have been on the rise.

While the Me Too movement has empowered those who have been through the trauma of sexual harassment and are finally get the justice they deserve, some see it as an opportunity to put innocent men and women in jail because they think people will believe them based on the increased coverage and acceptance of victims of sexual harassment.

Not only does this behavior ruin the reputation and lives of innocent people, but it in turn causes the Me Too movement to lose credibility. The effects of this are so detrimental because the Me Too movement has worked for years to get leverage in the media and get society to take it seriously and shed light on sexual harassment trauma, only to be viewed as something men and women use as a shield to pin false accusations on people for their own personal benefit. Susan Johnson, for example worked with her friend in getting J.D Madison arrested in order to “get the big bucks”.

This phenomenon not only makes a mockery of the Me Too movement, but as well as those trying to use the recent empowerment for good and share their own stories. Not being believed or not being taken seriously is one of the many reasons people stay quiet about their sexual harassment experiences.

While this empowerment is supposed to take that fear away from men and women, people who are out there selfishly putting innocent people in jail for their personal gain are taking that empowerment and smashing it. This could potentially lead to a backwards effect of men and women staying quiet because false accusations are everywhere. In fact, according to a survey conducted by Morning Consult  57% of U.S. adults say they’re equally worried about men facing false allegations of sexual assault as they are regarding women facing sexual assault.

There is no denying that the Me Too movement is one of our generations greatest accomplishments. It gives everyone a voice to finally get the justice they deserve and the heavy weight lifted off of them by sharing their traumatizing experience.

However, the abuse of this empowerment by falsely accusing people is taking away the credibility of the movement and silencing those who fear of not being believed. Sexual harassment cases should not be used as a way to get money or personal benefits. It is an extremely important issue that needs to be taken seriously for the benefit of the people affected by it.

Featured Image Citation:”Woman Holding Poster” photo taken by Rosemary Ketchum on Pexels. No changes were made to the original image. Use of the image does not indicate photographer endorsement of the article.