OPINION: Women should register for the draft 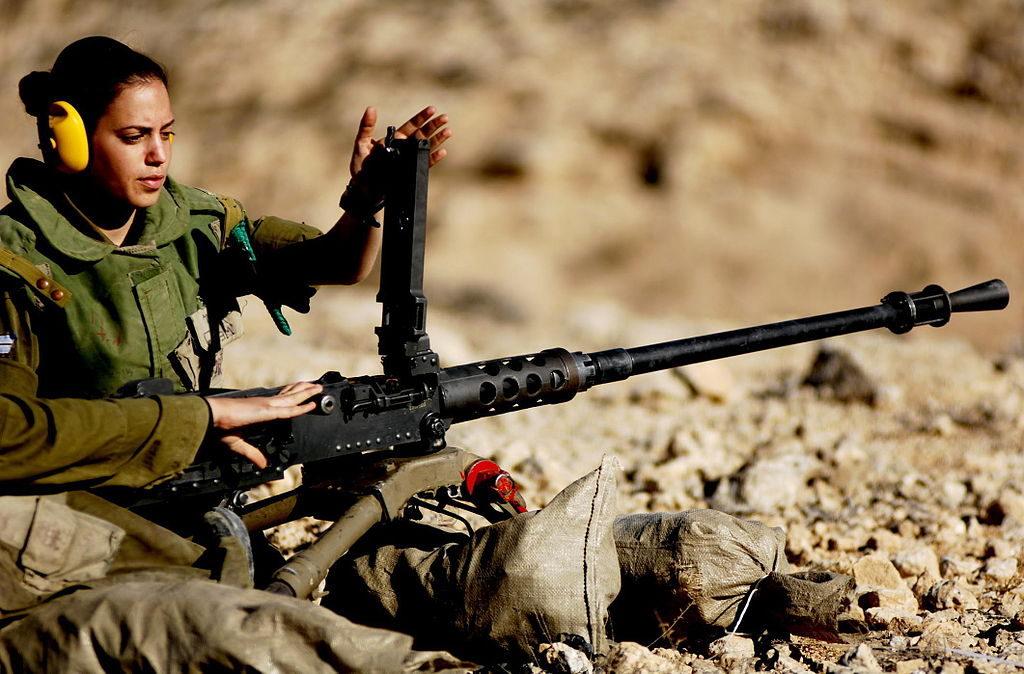 "Female Soldier at the Shooting Range" on Wikimedia Commons is courtesy of the Israel Defense Forces and is labeled for public reuse. No changes were made to the original image. Use of this image does not indicate photographer endorsement of this article.

Earlier this month, two U.S. district judges ruled that the United States Selective Service is unconstitutional because it only requires the conscription of men. The aim of these cases is to put pressure on Congress to consider if the draft process needs to be changed.

The Selective Service is in need of reform but there are many different opinions as to how it should be changed. Some people advocate for the abolition of the draft in its entirety.

In this situation, however, the best solution is also the easiest one. All Americans, male and female, should be required to register for Selective Service.

The Selective Service has existed in its current form since President Jimmy Carter reactivated the registration process in 1980. As it currently stands, the federal government requires that men must register for Selective Service within 30 days of their eighteenth birthday. Women are exempt from the draft and therefore cannot register.

American government highly values equality, at least in theory. All Americans are ensured equal protection of the law in the Fourteenth Amendment.

When the federal government exempts certain individuals from being drafted because of their sex, the law is not equally protecting male and female citizens. This is Elizabeth Kyle-Labell’s argument, the young woman who challenged the Selective Service a multitude of times.

Others have argued against male-only registration in the past and they sadly failed.

In the 1981 case Rostker v. Goldberg, the Supreme Court decided, six to three, that the Selective Service exclusively requiring men to register was not unconstitutional.

While this case does set precedent, it’s important to note that the Court’s decision was influenced by the fact that women were restricted from certain combat positions at the time. The Court argued that these restrictions would make drafting women too much of an administrative hassle.

However, things have changed since the days of Rostker v. Goldberg. In 2015, the Pentagon opened all combat jobs to women, which negates the whole argument of the Court in 1981.

This means that there is no excuse for the Selective Service’s violation of equal protection and that newer cases that challenge that violation have a much greater chance of success.

The United States has not had a draft since 1973. Since then, America’s military has been made up entirely of volunteers. This volunteer force has fought wars in the Persian Gulf, Afghanistan and Iraq.

As the U.S. military has run effectively with only volunteers for decades, some advocates have argued that the draft is no longer needed and that Congress should therefore abolish the Selective Service.

While it is true that the all-volunteer military has been incredibly effective for years, abolishing the Selective Service would be a very short-sighted decision.

At its peak, the war in Afghanistan involved 100,000 American troops and the highest number of troops in Iraq at one time was 170,000. By comparison, the number of American troops active in the Vietnam War (the last conflict in which the draft was used) at one point reached 500,000 people.

While it is unlikely that the United States will become involved in such a large war any time soon, it’s important that the country should be prepared for a sudden, unexpected and major conflict.

Reinstating this, the draft should be a last resort, an emergency measure and be one that is available in the case of a serious crisis.

The Selective Service is also important because of how quickly it would be able to act in the case of such a crisis. If the draft were to be reinstated, the Selective Service could begin supplying inductees to the Department of Defense within 193 days.

If the Selective Service were put into a deep standby mode, it would take 830 days or over two years to perform a draft. If the system were shut down entirely, it would then take 920 days for a new system to provide inductees to the Department of Defense.

No one wants the draft to be reinstated but a major crisis might make it necessary in the future. If the military were to need new forces to be drafted, it would be crucial that these inductees arrive at the Department of Defense quickly, allowing the military to promptly respond to the crisis.

In order to ensure the safety of the nation in an equal and fair way, both women and men should be required to register for the Selective Service on their eighteenth birthday.

Some commentators argue that women should not be drafted because of physical differences, which makes women (on average) less effective soldiers. These critics believe that the military would have to lower its standards in order to accommodate for drafted women, which would lessen the military’s ability to act efficiently.

It’s true that women are typically less physically capable than men but that doesn’t mean that the military has to lower their standards if women are drafted. In the event of a draft, those men and women who can meet the high physical standards for combat positions will be able to serve in that capacity. Those who do not meet those standards, and could not be trained to do so, would instead serve in roles that they are better suited for.

The military has no shortage of non-combatant roles that could be filled by drafted men and women that are not suited to serve as infantry or armor troops. The military’s standards would remain as high as they are now, which is essential for keeping the armed forces strong and capable.

Part of the mission of the Selective Service System is to provide personnel in a “fair and equitable manner.” Currently, the system is failing in that regard. In order to perform its mission, the Selective Service must require all American citizens to register for the draft, male and female. Only then will the process of defending America involve true equality for all Americans.

Featured image citation: “Female Soldier at the Shooting Range” on Wikimedia Commons is courtesy of the Israel Defense Forces and is labeled for public reuse. No changes were made to the original image. Use of this image does not indicate photographer endorsement of this article.