My grandma’s fight for the First 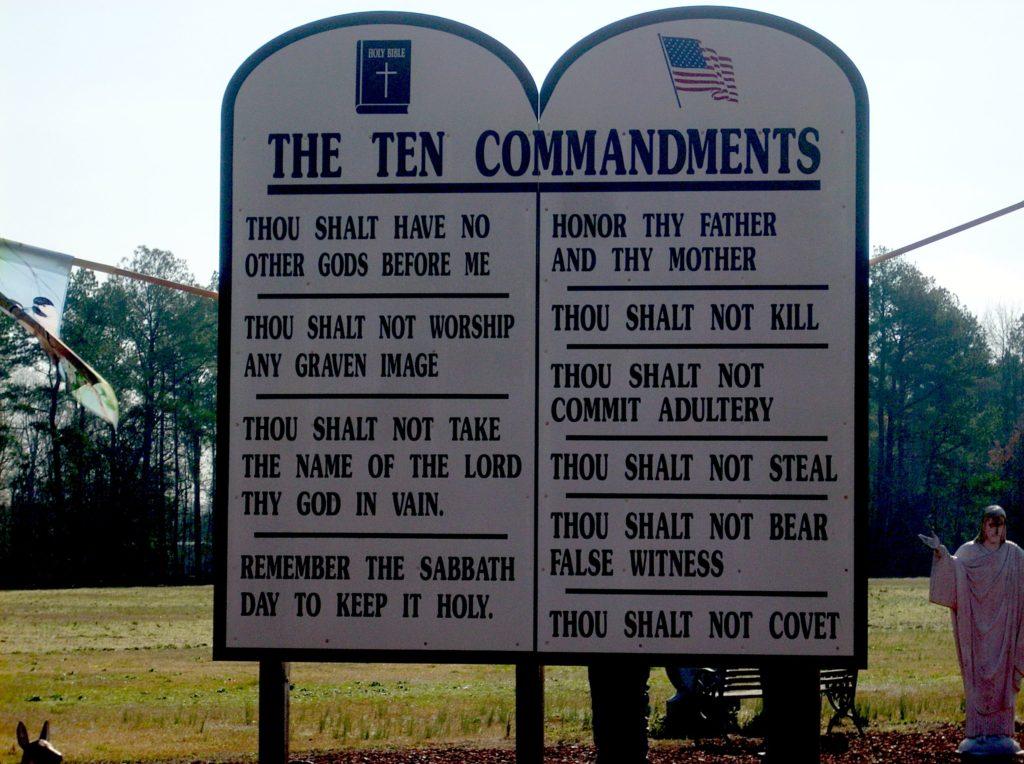 My grandma, Patricia Bricking, turns to lead me to her living room, the news echoing in the background. Clicking the television off, a noise continues. Her phone blares.

“Turn it off,” she shakes her head with a smile, looking at the phone screen. “Oh come on now!”

I reach to help her, and the phone goes silent.

“Did you turn it all the way off?”

In 1980, Kentucky passed a bill that would require all schools to display the Ten Commandments in a prominent location. The Kentucky chapter of the American Civil Liberties Union (ACLU) took the bill to court in Stone v. Graham, claiming that it violated the first amendment establishment clause that outlines the separation of church and state. Bricking, a petite third grade teacher, became one of four plaintiffs in the case that went all the way to the Supreme Court. On Nov. 17, she won.

As she explains this, she swings her legs in her favorite chair. “Is that enough?” she keeps asking, trying to describe as much as she can.

She became involved by chance.

At a party, she started complaining about the new bill. Despite being a devout Catholic, she felt the government had stepped over the line. 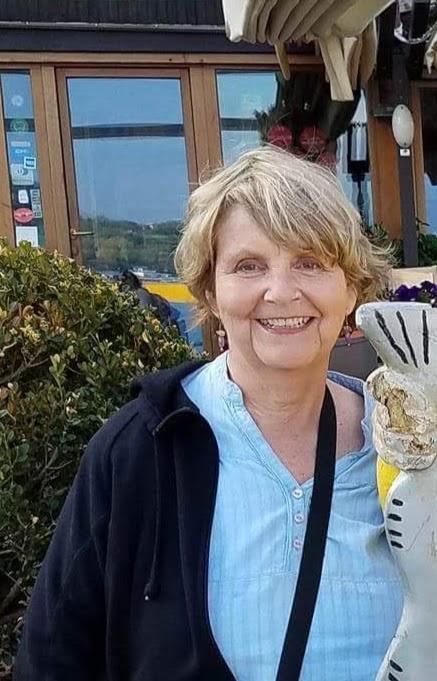 Patricia Bricking smiles at a family member who is taking a photo of her. Photo by Elizabeth Bricking.

“I was outraged by this,” Bricking said, “In a classroom, I don’t think it’s any of our business… people who have faith have faith, and those that don’t have the right not to have faith.”

“I was kind of was raving,” she explains. The head of the Kentucky ACLU approached her and asked if she would be a plaintiff for the case.

“I said yes,” Bricking recalls. “I didn’t know what it would involve, but I did it.”

Time went by and Bricking was not very involved in the case. Her lawyers updated her when they made big breakthroughs, but, otherwise, she didn’t do much.

Eventually, the case reached the Supreme Court of the United States.

One day she got a phone call from Good Morning America. They wanted to interview her. Bricking hadn’t realized it, but it was the day that the Supreme Court was going to announce their decision.

The Supreme Court ruled that requiring schools to post copies of the Ten Commandments “had no secular legislative purpose” and was “plainly religious in nature.” Therefore, it was unconstitutional. In making its decision, the courts applied the “Lemon test,” which was a precedent set in the Supreme court case Lemon v. Kurtzman. The “Lemon test” states that in order for a bill to be in accordance with the First Amendment’s implication of a separation of church and state, it had to pass a three-part test. The bill must have a “secular, legislative purpose,” it’s main effect must not promote nor inhibit religion, and it must not involve  “excessive government entanglement with religion.”

After the victory, Bricking saw herself all over news shows and the paper.

Laughing at herself, she quips, “There I was on TV saying that I think it’s a great decision or probably something stupid like that.”

Her family and her husband, Dennis’, family, both of whom were Catholic, criticized her involvement.

“My parents were very angry. Even more so, Dennis’ family was very angry,” Bricking admits. “It was like we had done something sacreligious, and I feel like what we did was something that protected the separation of church and state.”

Despite the backlash, Bricking was happy.

“I certainly felt, and still believe that the Supreme Court made the right decision,” she considers. “It’s important to have separation of church and state. We do not have any business teaching children things that we believe in where as maybe their parents don’t believe in, and if they don’t believe in it, they have the right to make choices for their children on their own.”

In 2006, Kentucky passed a statute requiring Kentucky Homeland Security officials to “publicize the findings of the General Assembly stressing the dependence on Almighty God as being vital to the security of the Commonwealth,” and to post a plaque with similar sentiment at the headquarters in Frankfort. In 2009, the American Atheists challenged this law and a kentucky court overturned it, citing that the law violated the First Amendment provision that protects against the establishment of a state religion.

On March 14 of this year, Kentucky House Bill 46 (KY HB46) passed through the Kentucky Senate. This bill requires all Kentucky schools to display the national motto, “In God We trust,” in a prominent location.

I ask my grandma about the bill.

“I think again, they’re treading on… it being a violation of church and state,” Bricking explains. “We can teach children values without bringing in Christianity to it.”

On my way out, my grandma shows me her new dishtowel. It hangs off her stove, neatly folded and proudly displayed. On it is her church’s logo and its mission statement. “Before you leave I’ll have to show you our mission statement. I mean it’s about this long,” she holds out her hands, one high and one low. “But it’s who we are.”

“I’ll have to read your article,” she comments as we walk toward the door. “I hope I gave you enough.” She wishes me luck on my writing.

“If people are really sincere about wanting to expose their children to religion, they have the right to do that, but they also have the right not to.”