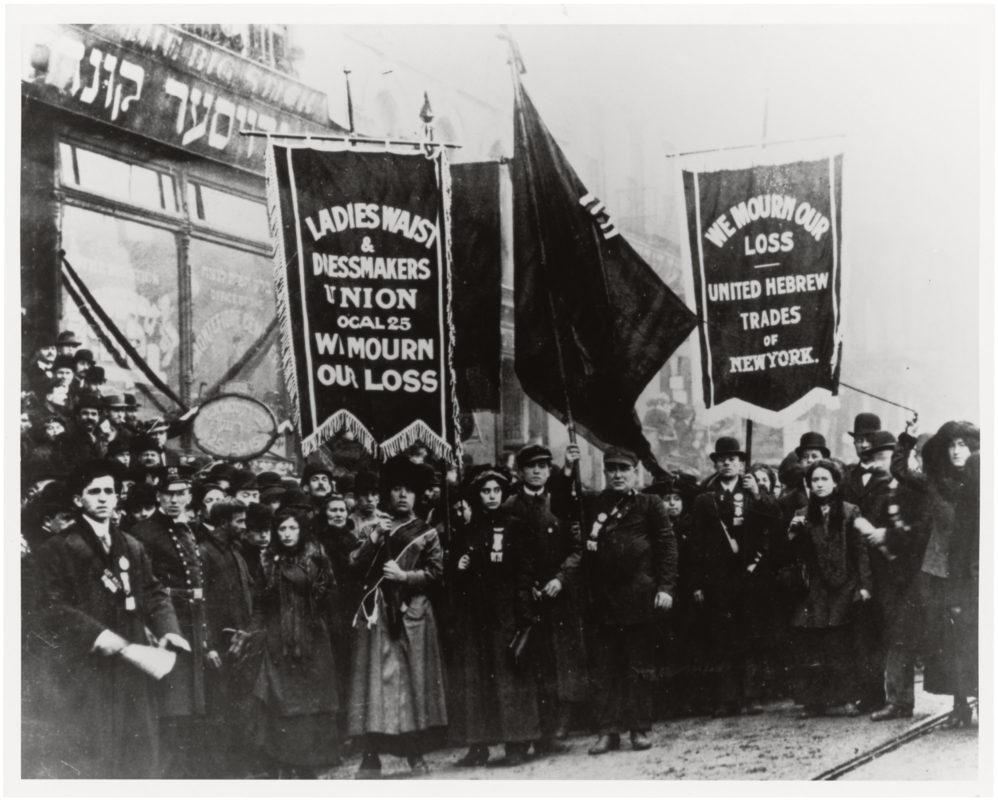 US National Archives & Records A

Just as hundreds of young immigrant women were punching their cards to go home after a long 12 hour shift at the Triangle Shirtwaist Factory in New York City, a fire erupted on the eighth floor in a basket of clothing.

Firefighters arrived quickly but their ladders could only reach the seventh floor. Fire hoses inside the building were faulty, the fire escape quickly collapsed and three of the four elevators were out of commission due to poor working conditions.

“Demonstration of Protest and Mourning for Triangle Shirtwaist Factory Fire of March 25, 1911, 04/05/1911” by The U.S. National Archives on Flickr is licensed under Creative Commons. No changes were made to the original image. Use of the image does not indicate photographer endorsement of the article.

Second to the catastrophic events on Sept. 11, 2001, the Triangle Shirtwaist Factory fire is one of the most fatal workplace accident to occur in New York City claiming 146 lives 108 years ago on March 25, 1911 as workers died from the flames, smoke inhalation and jumping from the building.

Most of the women who perished in the factory were locked inside due to managers wanting to cut down on breaks during the work day and the amount of stolen materials. Despite the fatalities, the building still stands as a national monument and is now part of New York University. 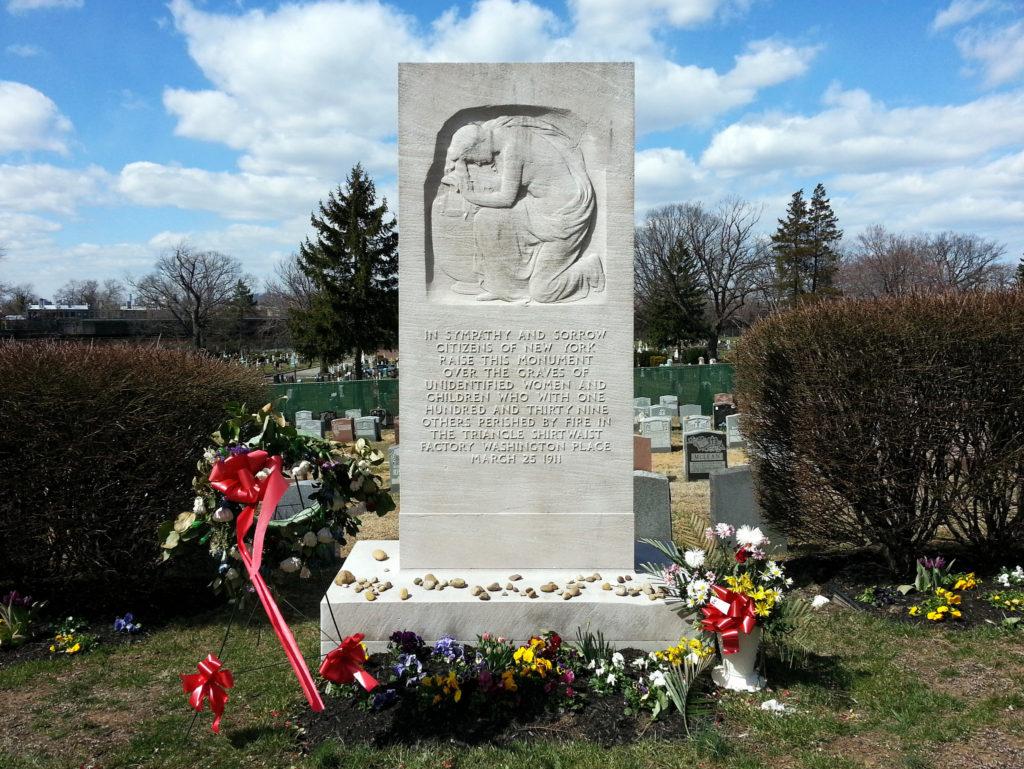 “Triangle Shirtwaist Factory Fire Memorial” by Matt Green on Flickr is licensed under CC BY-NC-SA 2.0. No changes were made to the original image. Use of the image does not indicate photographer endorsement of the article.

While attending the Columbia Scholastic Press Association’s Conference, students in the Journalism and Communication Magnet visited the building and reflected on its influence on today’s labor unions, workers rights and workplace safety.

“I learned about the Triangle Shirtwaist Factory this year in U.S. History,” Sky Carroll (11, J&C) said. “I was really intrigued by the entire event and I was awestruck seeing the sight where the tragedy happened in person.”

The fire led to legislation that required improved safety conditions for workers in sweatshops and started the International Ladies’ Garment Workers’ Union which has transformed into the Union of Needletrades, Industrial and Textile Employees. 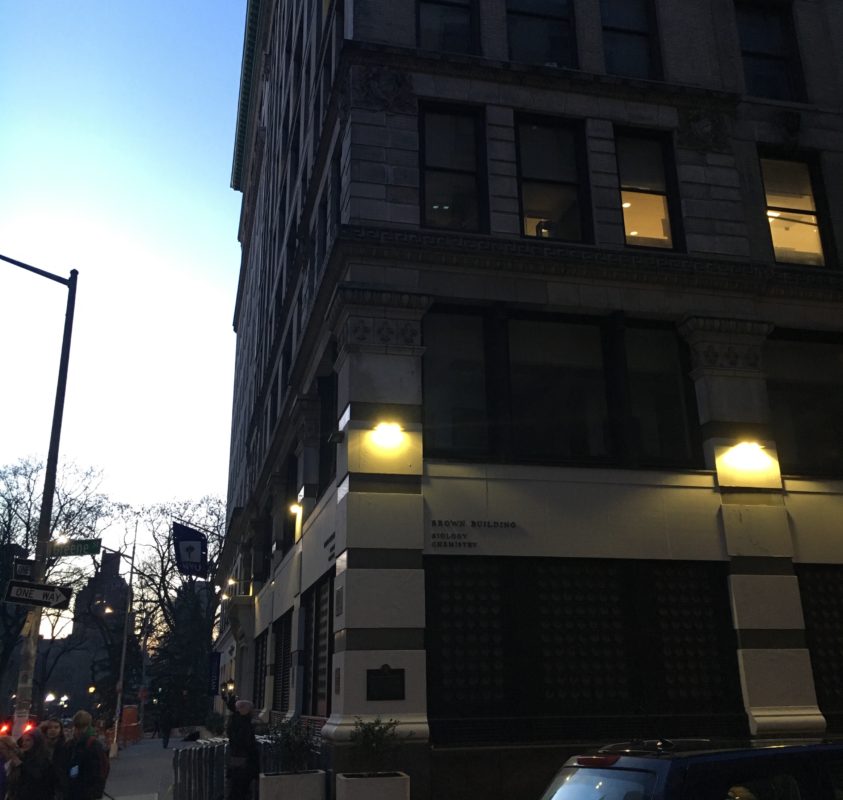 As Journalism and Communication students were turning in for the night, they visited the Triangle Shirtwaist Factory to remember the victims, read the history and take pictures. Photo by Piper Hansen.

While the unions resulting from the fire on the corner of Greene and Washington were focused on sweatshops, they allowed future groups like the Jefferson County Teacher Association (JCTA) to come together and discuss changes to the future of their own classrooms and workplaces.

More recently, with the Kentucky General Assembly in session and several bills proposed about changing public education policies, the strength of teacher unions has been tested. Throughout the rumors of “sick-outs,” the JCTA has recommended that teachers stay in their classrooms but more than once, teachers have demonstrated that they would rather occupy the capitol.

The precedent set by those lost in the Triangle Shirtwaist Factory fire allow public employees and industrial workers to ensure their rights in the workplace. Today, there are regulations on what union members can and cannot do but they also outline their freedoms.

Frances Perkins claims to be the first witness to female workers jumping from the building. Perkins called the fire the beginning of the New Deal. She later became the Secretary of Labor under President Franklin D. Roosevelt and led a group to write the Social Security Act and the Fair Labor Standards Act. Both pieces of legislation helped distinguish minimum wage, foreseeable work hours and guaranteed workers the right to organize.