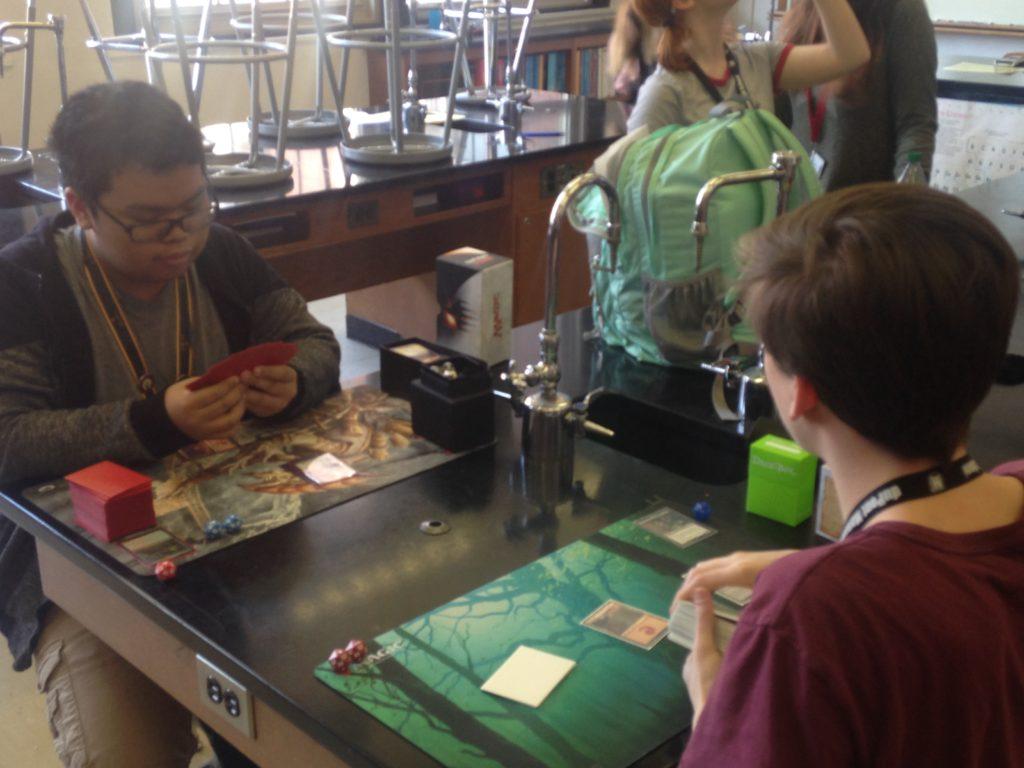 They do roll-call on a computer, and then they’re ready to begin. Some students buy Cheez-Its and candy from the “honor-system” snack bar in the back of the room. Others get out pencils and papers, make themselves comfortable on stools and start shuffling decks of cards. Then they get down to business in the science lab next to room 320, playing one of the club’s many board games.

“I love board games, and I figured that a lot of kids here would also enjoy it,” Mr. Chris Applegate (Science), the club’s teacher sponsor said. “I’ve had a few kids over the years play the games that I’ve brought with me to school, so I thought it would fit in.”

Applegate started the club two years ago, and since then, it has quickly grown in popularity. Students play a large variety of games, from classic board games like Settlers of Catan to roleplaying games like Dungeons and Dragons (D&D). If it’s played on a table, then it’s welcome at Games Club.

“Noise,” Applegate said. “The role-playing games can get really loud, and having several D&D groups in one room, plus all the other tables that are playing in one room, it just gets really loud.”

James Ernspiker (12, MST) spends every Wednesday in Wilson’s room, a part of one of those loud groups playing D&D. The character he plays is the champion of the Greek god Apollo.

“I go to Games Club because it’s a nice escape from the stress and general environment of school midway through the week,” Ernspiker said.

Heironimus sums up the club’s appeal in a much more succinctly, however.