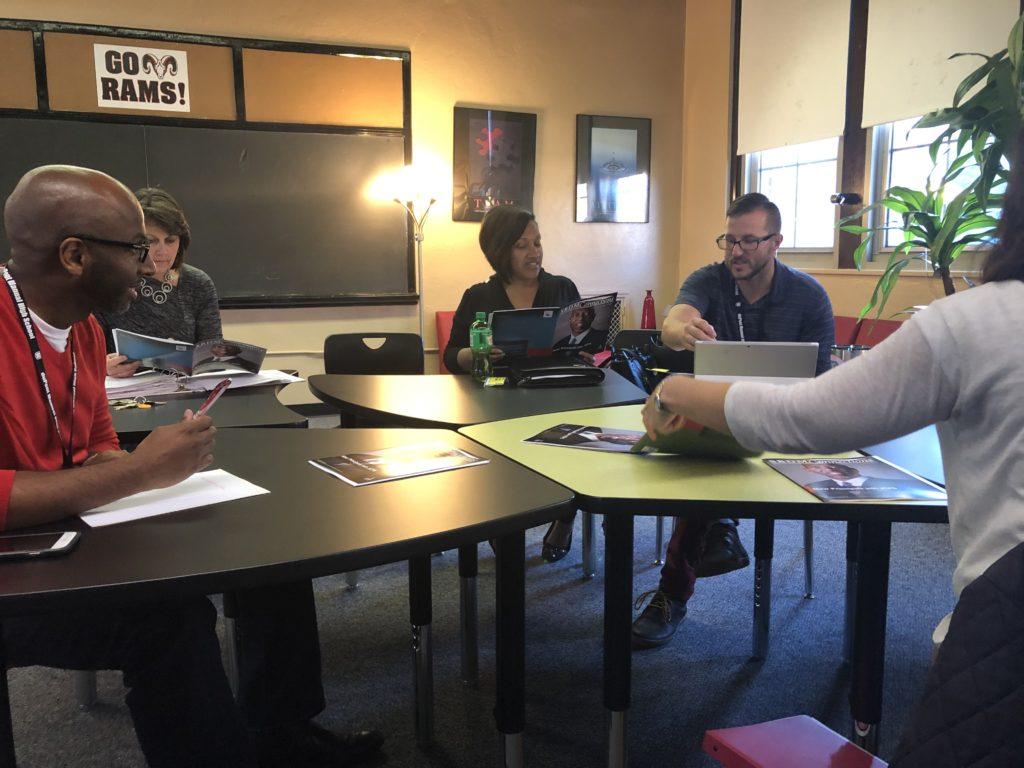 Manual’s School- Based Decision Making (SBDM) Council met on Wednesday, April 10 in the Manual Achievement Center. Principal Darryl Farmer was absent due to a principal training.

The meeting commenced at 3:11 pm, after the members reached Mr. Scott Williams (Math) via his phone.

After review, a vote to change the principal selection policy passed. The forum process was removed from the policy.

“We are still receiving feedback from teachers, but are cutting the explicit forum, which leaves us with more ‘wiggle room’,” Jennifer Tuvlin said.

Mr. Eric Purvis (Math) described the forum as taking too much time out of a short deadline for selections, while these changes will make the process more flexible.

“Some of the language was changed from ‘wills’ to ‘mays,’ just to make the written requirements more open,” said Purvis.

All four of the art teachers were involved in the interview process, and have recommended her for the position.

The council proceeded to unanimously pass a new cell phone policy to replace one that had been made in 2013.

“With the future of technology, we had to add phone-related accessories to the policy specifications,” Purvis said.

After a brief read-over, the Council accepted the expenditures for Manual and YPAS.

“We’re cutting the price for Crimson Day in half. It’s only $25 instead of $50 now,” Ms. Laura Spiegelhalter (Family Consumer Science) said.

The orientation for incoming freshman was providing financial support for the student body, but since there is a surplus in the account fund, the school is decreasing the fee.

Lastly, the council presented their SBDM review from Dr. Shawna Stenton that gave the Manual council a grade of “level 4” out of the four possible levels.

The council voted to adjourn the meeting at 3:23 pm.