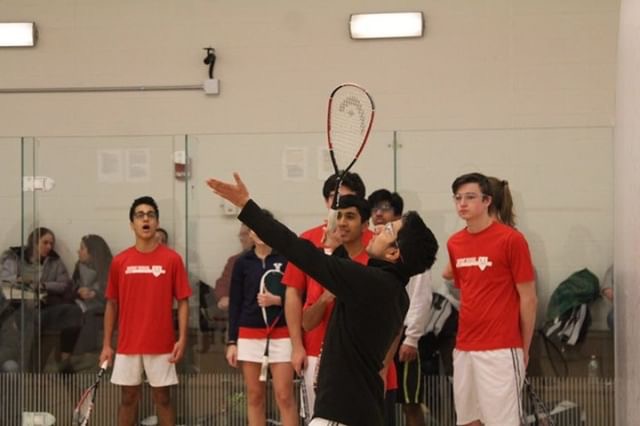 The Manual squash team warms up before games at the National tournament in Connecticut. Photo by Maeve Watts-Roy.

This piece was submitted by Alana Fields (10, J&C).

Although their season is short, duPont Manual’s squash team made a big impact this past winter with a trip to nationals in Connecticut.

Squash is a ball sport played by two single players in a four-walled court with a rubber ball. The players alternate hitting the ball onto playable spots in the court. 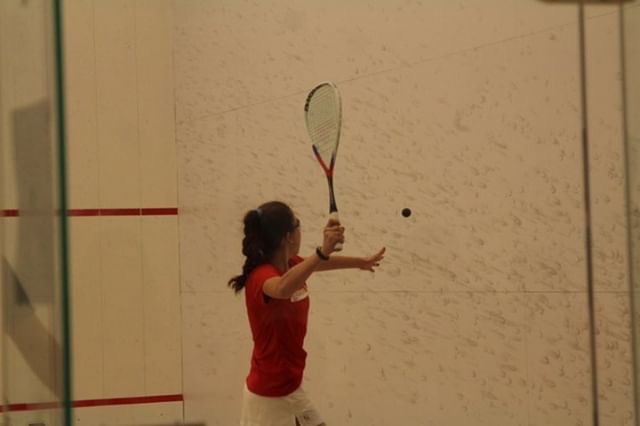 Emma Watt-Roy serves the ball to start a match at the National tournament in Connecticut. Photo by Maeve Watts-Roy.

Manual’s squash team was developed by Henry Robbins, a passionate player willing to share his love of the game. Henry Robbins, now a squash player at Cornell University, helped found the Manual squash program while competing to become the first Kentucky high school to ever compete at US Squash High School Nationals.

The squash team pays for lessons from Lee Scott and for their tournament in Connecticut, each member had to pay for their own plane ticket and lodging. The Kentucky Squash Racquets Association paid for all the kids’ entry for the tournament.

“Although squash isn’t very popular in Kentucky, squash is an extremely fun, but very active sport. The team played very well and got to experience the best teams play in the final at Trinity College,” Emma Watts Roy (10, HSU) said.

Squash continues to grow its presence in Kentucky and at Manual. The squash team welcomed many first year members to join the team.

“I started playing Squash this winter and I had no idea how to play or even what squash was. I had so much fun learning to play with my friends and going to nationals together in Connecticut. Although we didn’t win, it was an amazing experience and I can’t wait to play again next year,” Rivers Tarr (10, VA) said. 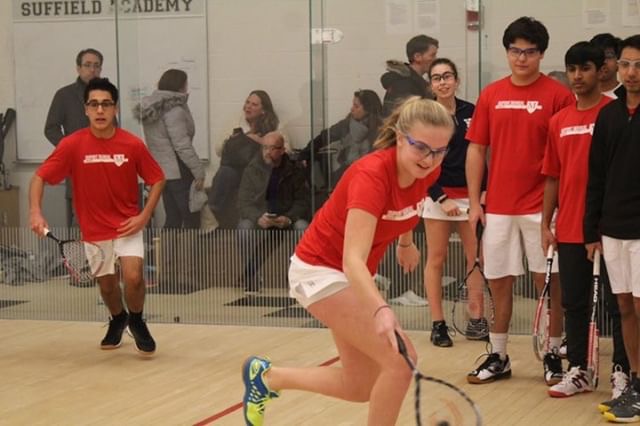 Natalie Miliken goes for the ball at the National tournament in Connecticut. Photo by Maeve Watts-Roy.

Squash team is made up of both boys and girls that all put their individual work to create a team.

“My favorite part about the team is that we’re all very positive and willing to put in the work to improve,” Natalie Milliken (10, HSU) said.

If you’re looking to join a new sport and contribute to growing the game of squash in Louisville, be sure to look out for information about the Squash team in the halls this winter.