J&C takes on NSPA in Anaheim 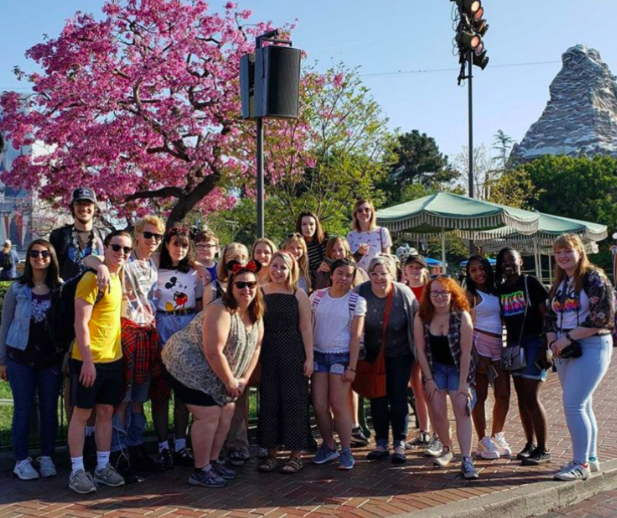 This piece was submitted by Addy Falkner (10, J&C).

The students attended lectures and workshops about writing, photography, leadership, design, ethics and many more topics pertaining to their individual interests. The workshops are meant to teach students more about topics they aren’t as knowledgeable about or to let them learn more about a familiar field.

One of the sessions at the NSPA Conference in Anaheim. Photo by James Miller.

“The first and most interesting workshop I attended was about what rights student journalists have under the First Amendment,” Liesl Lehenbauer (12, J&C) said.  “The speaker actually worked for a student press rights organization and toured the country with Mary Beth Tinker, from the landmark Tinker v. Des Moines student free speech case. That was probably my favorite session.”

While at the convention, students from around the nation also participated in and won awards for write-off competitions. To compete, the students made submissions prior to attending or participated in an event held at the convention. They then participated in critiques based on their submission area. E Streeter (12, J&C) achieved a Superior rating for Literary Magazine Photo, and Maya Joshi (12, J&C) took home an Excellent rating for News Writing. Many Manual students also took home Honorable Mention awards. Listed below are the students that achieved this title:

“When I first went in for my critique, my picture was never shown and I was worried that meant I would never get an award. The whole flight home I was stressing and as soon as we landed I had gotten Honorable Mention,” Destiny Graham (11, J&C) said.

J&C students on the last day of the convention, waiting to depart to the airport after a successful NSPA 2019 convention. Photo by James Miller.

In addition to attending workshops and winning awards, the students also spent a day in Disneyland. Yearbook Adviser Margaret Mattingly (Yearbook, English) is a self-admitted Disney fanatic and was excited to share her love with her students.

“It was a lot of fun to share my passion for Disney with some of my students. Disneyland is also very different from Disney World, which many of the students have previously attended. It was nice to be able to share new experiences with them,” Mattingly said.