Danielle Elise Bartley: the woman behind the camera 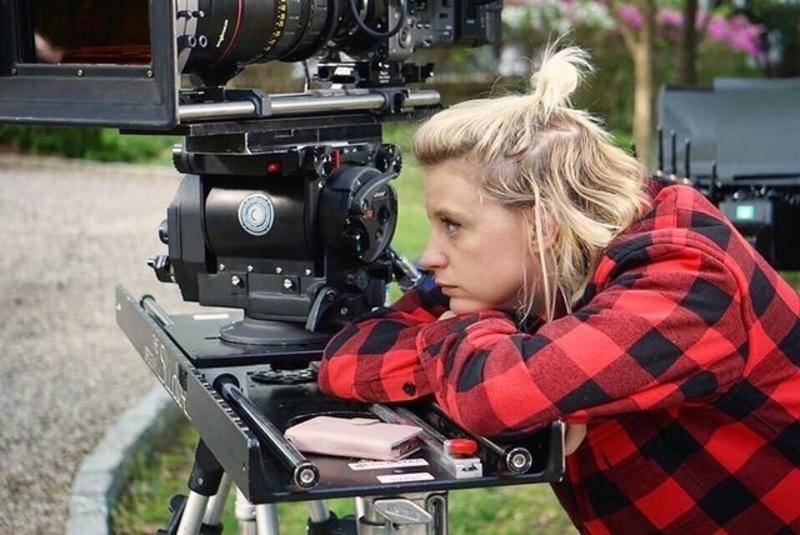 Danielle Elise Bartley sits at home in front of her computer going through a familiar process. She picks out video reels saved on her computer, dragging and attaching them to emails where she’s introducing herself and hoping the recipients are impressed enough to ask her to work with them on their sets.

She says it’s hard being a freelance video director, but she makes the most of it and takes everything that comes her way. After hitting send on the final email, she turns off her computer and heads to bed hoping she’ll receive a reply within the next week.

The desire to be behind the camera

During her time in the Journalism and Communication magnet at Manual, Danielle took photography classes that allowed her to tap into her creative side and experiment with cameras in enjoyable and exciting ways. Because of her newfound eagerness to work with cameras, Danielle decided she wanted to start a professional career in journalism. She made her way to Western Kentucky University (WKU) to major in photojournalism where she struggled to take photos that made her and her professors happy.

“They kind of would teach you that you have to take photographs in this very specific way and, like, they had an equation for what made a good photo. And every time I tried to take an artsy kind of photograph, I would fail,” Danielle said.

She realized the work she was producing made her go against her natural instinct and abandon the skills she learned in high school. She saw her work declining in quality, but got through college and finished happily with her degree.

Searching for a creative outlet after attending WKU, she went to work for local news stations in Kentucky but quickly realized it wasn’t the right career path for her.

When she was working on stories during the workday, she found herself becoming emotionally attached to the people she would report on and had a hard time letting them go without actively helping them. The emotional toll it was taking on her and the low wages attributed to Danielle eventually quitting. She was able to turn her attention to other interests and not long after quitting, she had a calling through an internship on a movie set.

Danielle always knew she wanted to work in films but it wasn’t easy. There was a lack of support from her parents and she struggled to get her work off the ground.

“My parents wanted me to be a pharmaceutical rep. girl that goes and sells drugs to doctors,” Danielle said, but now that she’s made progress and has made a name for herself, they’re more comfortable with her job.

“At first I was a little afraid because I knew she would always want to be in the middle of a big story – like taking pictures in a war zone. Then she changed and went in the direction of film production which calmed my fears,” said Teresa Bartley, Danielle’s mom.

Danielle started to work on small projects with a group called “the wrecking crew.” The wrecking crew got Danielle some of her first official published videos including a music video for a song called “no, the moon” which recently hit one million views. Through working on these projects, Danielle built up a portfolio of work while also learning valuable life lessons that have helped her grow into the woman she is today.

The Woman Behind the Camera

Being taken seriously is a problem Danielle has faced throughout most of her adult life.  Her petite frame and cheerful, quirky personality causes people to take her less seriously in the workplace. In addition, the fact that the film industry is a male dominated industry requires her to toughen up and get more serious and strict with her work. 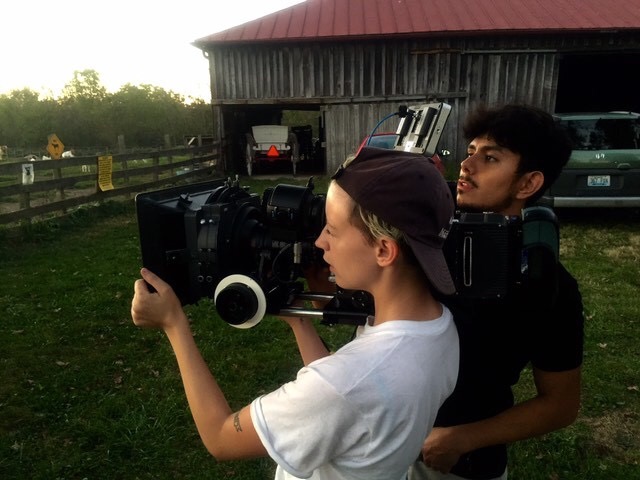 “She’s a pro at getting things done without complaining. She’s a tiny thing, and maybe that’s what drives her to be as tough as she is,” Tyler said. Photo courtesy of Danielle Elise Bartley.

“Danielle is definitely more serious when she is working. When she is not working she has a very playful, silly spirit,” said Eliot Brown, a coworker and close friend of Danielle. Eliot acknowledges the male dominance in the industry and has noticed how Danielle has changed to be taken more seriously, but he also acknowledges that she is the same fun-loving, compassionate and sometimes aloof person that he’s known since 2015.

One of Eliot’s best memories with Danielle was when, “we finished a movie in the summer, and I think we had been talking about how long it had been since we’d seen the ocean while we were still shooting. So a couple days after we wrapped the film, we just decided to drive to the beach. So we drove through the night and got to a small beach town, Surf City, right before sunrise,” Eliot said.

Another close friend of Danielle’s is Tyler Franklin, somebody she’s known since high school. Tyler says Danielle has the ability to light up any room she’s in and doesn’t let other people get in her way. The best memories he has with her are from working in the worst conditions because Danielle always finds a way to make it fun.

“We spent over 50 days together working in terrible conditions. So many days and nights in a mold-infested basement, slowly losing our grip on sanity, but it was the downtime we had that will always stick with me. One day she came in with a bunch of Louisville Free Public Library hats she found at Goodwill, so that the crew could all wear matching hats. I still have mine,” Tyler said. 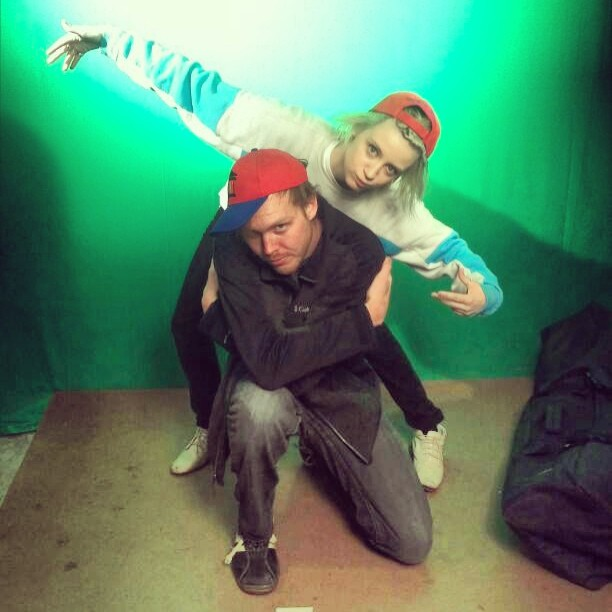 Danielle and her friend Tyler Franklin worked on low budget films together but always made the best of it. Tyler said. Photo courtesy of Danielle Elise Bartley.

Although she didn’t want to leave her friends, Danielle wanted to move onto bigger things. As a 21-year-old with about $200 to her name and no experience, Danielle made the decision to move to Los Angeles but quickly realized she wasn’t ready for that big of a change. After experiencing little success and a life threatening diving accident, she moved back to Louisville, but she wouldn’t be staying for long. In mid-Feb. of 2019, she moved back to LA where she is currently gaining experience in the industry. So far, Danielle has worked on multiple music videos for bands like The Dangerous Summer and Doll Skin.

“I’m just taking a bet on myself. I’m getting close to 30 and I kind of feel like it’s now or never. I want to try just one more time and give it my all,” Danielle said. She lives with a friend who works with underwater photography. Danielle doesn’t know exactly what she wants to do, but knows the direction she’s headed in. “I’d love to work on a project that I believe in. Maybe go to Sundance? That’s the dream,” Danielle said. “The fear of failing is always there, but I’d rather fail than never try. I keep telling myself the mantra of ‘no risk, no reward,’” Danielle said.

“I know that this is something that she needed to do for her career.  Her dad and I support her 100%,” Teresa said.

“I’m so proud of where Danielle is now. I knew her in high school before she picked up cameras and I knew her in college when she was just learning about them…She’s a badass, and it’s apparent the moment you meet her,” Tyler said. 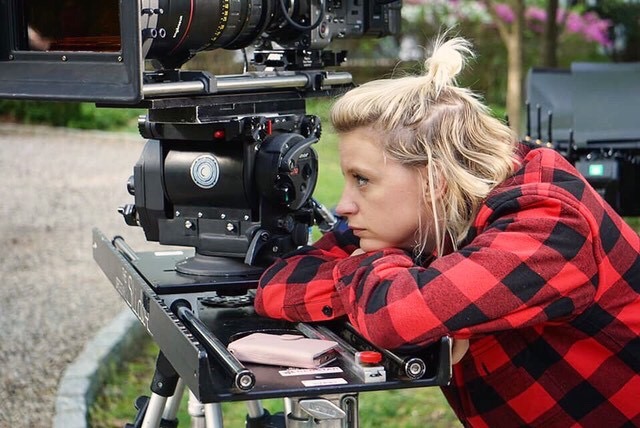 After sending her reels out to multiple directors, she eventually heard back from director Alex McAulay about working as a camera operator for a movie called “Don’t Tell A Soul” starring well known names like Rainn Wilson, Mena Suvari and Jack Dylan Grazer. When she walked onto the set for the first time, it was like she was walking into her own world. While the workdays are long and the bulky camera she has to heave around on her shoulder will wear it out, Danielle is optimistic about the upcoming months of filming and knows there’s nowhere else she’d rather be.