D&P gets technical in Tech Olympics 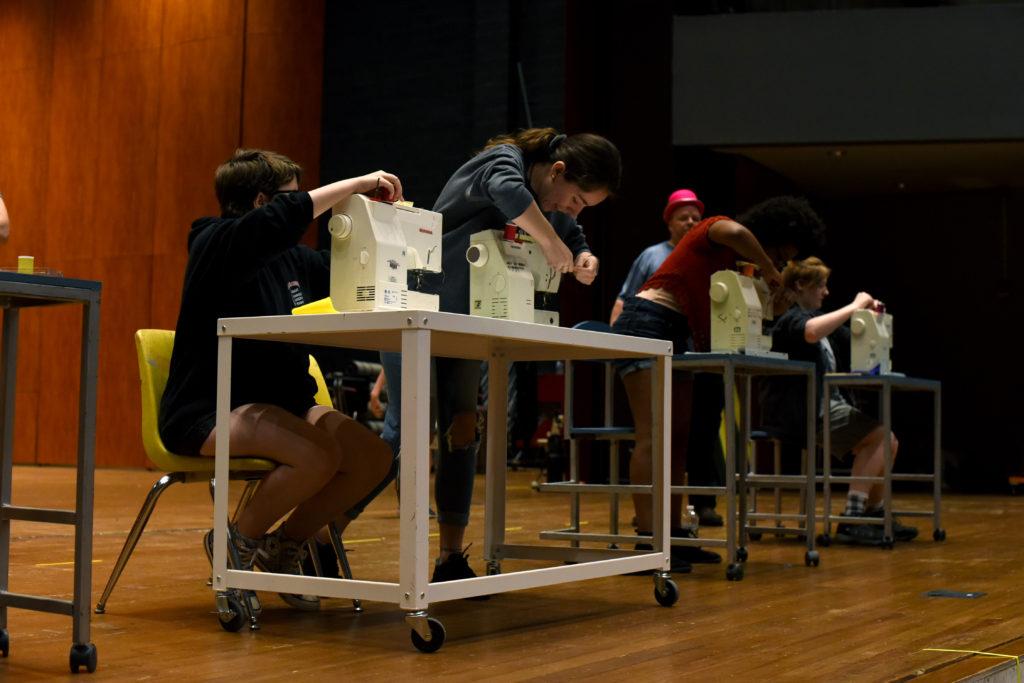 This piece was submitted by Cesca Campisano (10, J&C).

Design and Production members of YPAS gathered in the in Polly St. Clair Hall on May 10 for “Tech Olympics,” an annual event to showcase their skills in a creative way.

The program of 36 students competed in eight different events, including knot tying, the “hang and focus” challenge where students had to hang and properly focus stage lights, cable derby where students properly coiled up cables, and a competition where groups of two had to perform a quick change on the stage.

The teachers of the department, Mr. Eric Allgeier, Ms. Jennifer Groseth, and Ms. Amy Berry, gave out awards of excellence to the students in design and production as rewards for their hard work and tireless efforts to make YPAS shows the best they can be.

Awards can range from “Best Interviewer” to program specific awards, such as “Best Costumer” and “Best Electrician.”

“I originally signed up for the event because no one else had and I decided I wanted to learn and win this challenge so I practiced my knots every day and when I won and beat the school record I felt proud that I was able to set that goal and accomplish it,” Nash said.

The students also spent time honoring the head of the department, carpentry teacher, and alumnus of design and production program, Eric Allgeier, who announced in Dec. of 2018 his resignation from YPAS to pursue freelance technical theatre design.

As a gift to Allgeier for his dedication to the design and production department, the junior class created a series of wood panels that, on one side, displayed a painted version of Allgeier’s face, and on the other side displayed their favorite memories with him from their time together at YPAS.

“We had also had video we made for him with a bunch of moments we had and all the crazy stuff we did and we showed it to him and all of the department after Tech Olympics in the Scene Shop,” Lea Schenk (11, YPAS) said.

Following the event, the majority of students stayed the night at YPAS for the design and production lock-in where students were encouraged to stay awake from eight at night, to eight in the morning playing games and bonding with the others in their program.