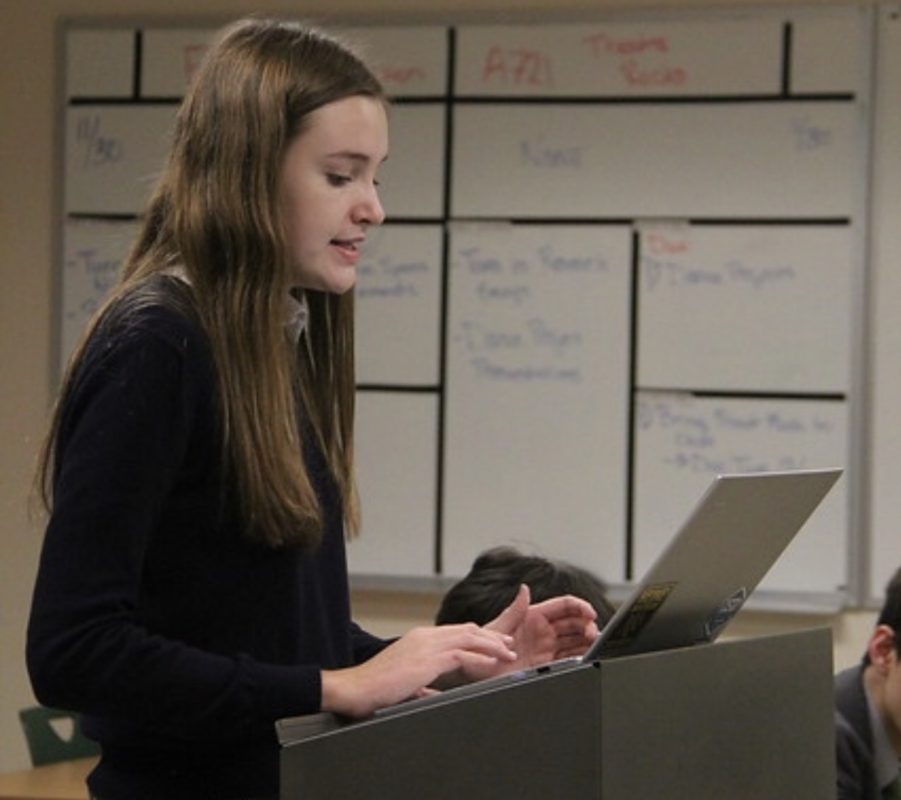 This piece was submitted by Maddie Beckley (10, J&C).

Manual’s debate team wrapped up its 2018-2019 season with a third place finish at the state competition, on April 13.

“It was a really good year. A lot of members did really well and we got a lot of national bids,” Ellie Hummel (11, MST) said.

One of the high points of the season is receiving overall for speaker at University of Pennsylvania.

Another mentionable moment for the season was when Kevin Cao and Mark Raj finished the preliminary rounds in the Bronx with a 5-0 record.

“I think the most outstanding job we did was at the Bronx this year. The New York Invitational is what it’s called, and we had Kevin Cao (12, MST) and Mark Raj (12, MST) finish the preliminary rounds with a 5-0 record, which is practically unheard of! I was the proudest coach in that moment as they learned bid. A bid is what the ultimate goal of a debater would be,” Ms. Erica Cooper (english) said.

The debate team competes locally once a month September through April, usually on a Saturday.

Debate is considered an unwavering sport by many due to the long hours the mind has to endure in order for the competitors to stay at its best to secure the win.

“Debate Tournaments are most definitely not for the weak, and most tourneys last the duration of an entire weekend, and they’re usually ten to twelve hours each day. I honestly had to train my brain, body, and attitude/mindset for the endurance needed for debate. It’s no joke, and it’s definitely not for the It’s actually a National Speech & Debate Association (NSDA) rule that: no tournament is to start nor begin a Debate Round after 9:30 pm. I think this rule was put in place due to the nature of this activity, and students have their brain power / endurance tested at the maximum capacity at these debate tournaments for sure,” Ms. Erica Cooper said.