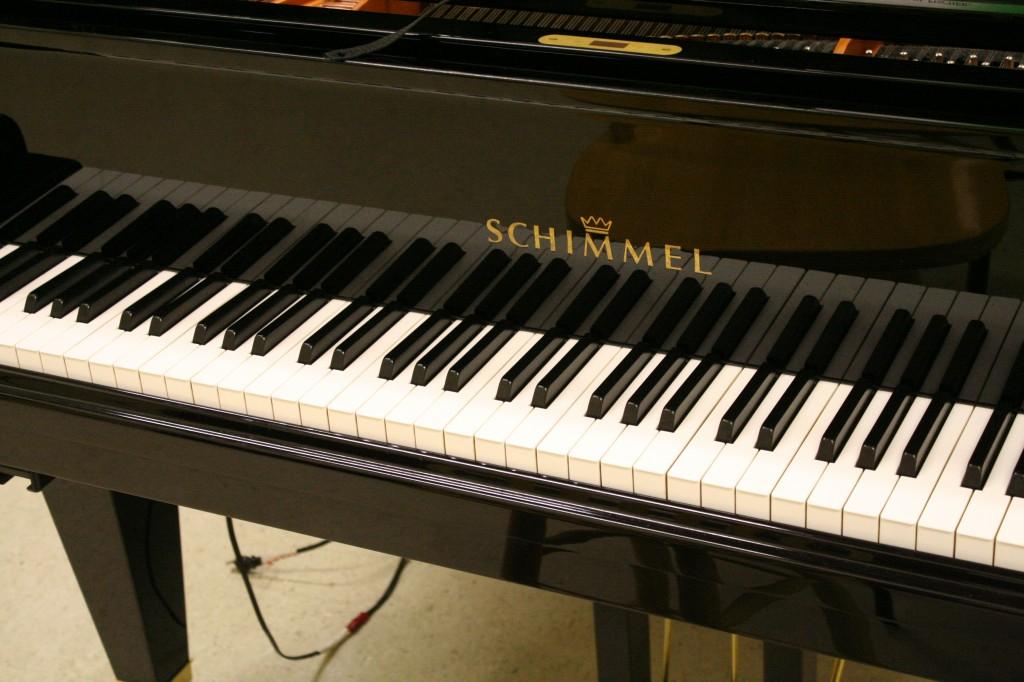 The piano Mr. Cook uses to direct the class.

This piece was submitted by Akhila Nadimpalli (10, J&C).

Although Felder’s skills shined through in the show, the story of Irving Berlin was the reason people came. The live-action biography exposed the world to a side of Berlin that few were aware of.

HERSHEY FELDER AS IRVING BERLIN runs now through Feb 17 🎹 • • • 📸: Courtesy of Hershey Felder Presents • • • Alt Text: a gallery of photos featuring Hershey Felder as Irving Berlin. He wears black-rim glasses and a suit. In several of these photos he is seated at the piano. • • • #GreatAmericanSongbook #IrvingBerlinRocks

Actors Theatre made sure to cover Berlin’s less known beginnings, which contrasted his well known songs: a young Jew living in czarist Russia, a hard childhood in a heavily prejudiced America, war, and the Great Depression.

It was made clear that he used his talent of songwriting to lift the spirits during hard times.

The visuals of the show helped the audience understand Berlin’s mind and heart when it came to the songwriting process, creating an immersive experience.

As Felder discussed writing a song, the backdrop and the stage itself would shift in appearance. The certain song would play and what the audience saw in front of them would compliment it.

Berlin’s songs were known to be written with love for his family, his country, and his profession. Despite not having the ability to read sheet music, Irving Berlin accomplished much in his life as an entertainer and artist.

Hershey Felder succeeded in portraying Irving Berlin throughout the many stages of his life, whether it was the American Dream, the tragedy, or the romance, he also allowed the audience to see Berlin at different ages.

The show definitely brought something old and made it relevant to modern times, due to his immigration story, as well as changing America’s perspective on Berlin’s life.

The show, directed by Trevor Hay, was performed in the Pamela Brown Auditorium.