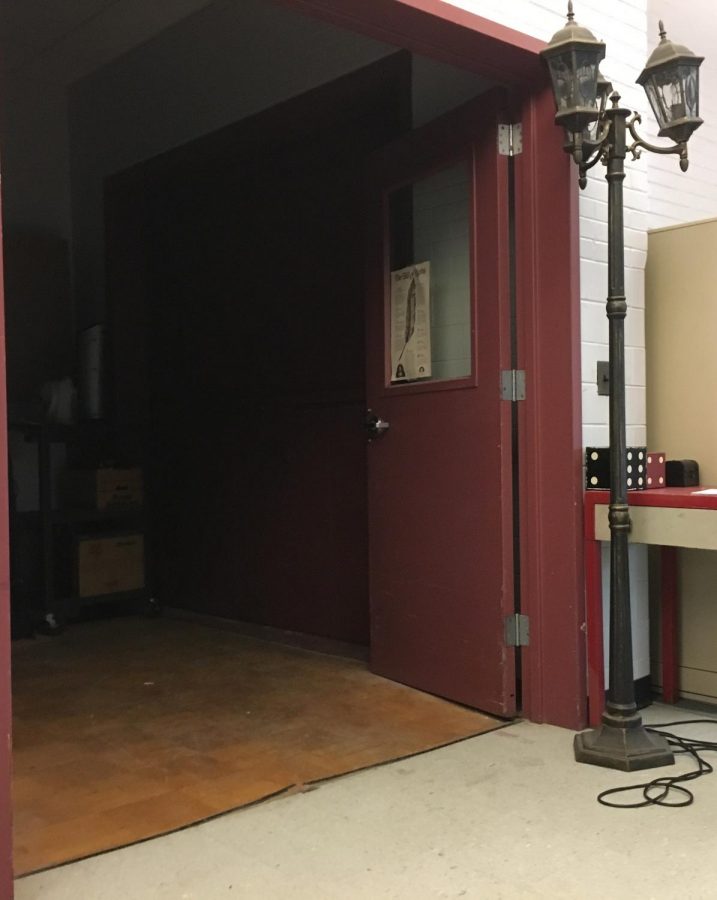 duPont Manual High School was built in 1892 and stands as one of Louisville’s oldest high schools. It’s also located in Old Louisville, a neighborhood that has been dubbed by many as one of America’s most haunted.

Keeping with the spirit of Old Louisville, Manual itself is rumored to have some ghostly presences. While the vast majority of students may be unaware of or even scoff at the knowledge of these ghosts, the stories still exist.

English teacher Mrs. Ritchie has been calling Manual home since 2007 but it wasn’t until 2012 that she discovered one of the resident ghosts. She has experienced unusual circumstances that to her confirm that Manual is indeed haunted.

During her first several years teaching at Manual Mrs. Ritchie was set up in room 253—which is now Mrs.Palmer’s classroom— in the J+C annex. For those unfamiliar with the classroom, there is a freight elevator bay in the front left corner; sealed off from the storage room it’s currently utilized as.  Two maroon steel doors separate classroom from this area which remains unlit and musty. This was cited as the focal point of the ghost’s presence.

Can you tell us about your first encounter?

“I often used to work late and sometimes would be alone and sometimes at night. I was the sponsor of the Crimson Record newspaper at the time. We would have Friday night work nights and sometimes when the kids would leave I would just be cleaning up and would just kind of feel a presence. Eventually, I came to be a little bit more comfortable with this presence..”

Although she never saw the ghost in physical form, Mrs. Ritchie estimated her to be a female, age 14, with long dark hair. She placed the time frame as the late 1800s, early 1900s.

“I gave her a name. And it was Lizzie. And I don’t know why, it just came to me. I wouldn’t really be freaked out by her, I didn’t really feel any negative energy.”

Mrs. Richie would also speak with Lizzie on multiple occasions saying that she felt a little uncomfortable with the fact that they didn’t “know each other” per se.  “I know you’re here, I recognize that and of course you’re welcome to be here. Can we just stay on our own sides of the room?”

Do you think there are other spirits at Manual?

“Well the FCCLA had a night- they called it the para-Manual- and we had some people from the Kentucky Ghost Hunter Society that came with these little sensors that measured the movement in the air. We went on a little tour of different places in the building.”

The places that registered the highest energy levels were the library and the basement.

“I don’t necessarily feel like the energy from the basement is all that great. I don’t spend a lot of time down there nor would I want to, for that reason.”

“I mean I think it’s possible but I’ve only had contact with this spirit that I call Lizzie.”

What were these final, major events that reinforced this for you?

“I was telling a group of freshmen, who are now juniors, about my experience with Lizzie. I was in Room 350 where Dr. Scoones is now. And one student said,‘There’s no such thing as ghosts.’ And a picture frame of my two children flew about a foot and a half off of a window ledge, onto the floor and right behind her. Everyone collectively gasped in the room. It happened right after she said that. Lizzie made her presence known that day.”

“There wasn’t really an explanation for why that picture frame would have flown off the ledge. It flew, it didn’t just drop. Like airplanes fly over this building all the time and we could have just gotten some type of vibration. But I mean it flew. And it flew right behind the person who said ghosts aren’t real, the moment after.”

That was the first time Mrs. Ritchie had felt Lizzie’s energy in a room since she had moved from room 253.

Not too long after she stopped by Mrs. Raley’s room to share this outrageous phenomenon.

“I was telling her about this event that involved Lizzie but I didn’t mention Lizzie’s name. And she said, ‘Oh are you talking about our ghost Elizabeth?’”

Mrs. Ritchie was left shocked by this statement and asked for an explanation. She had never shared Lizzie’s name with another teacher before.

Ms. Raley continued on, “I don’t know, I just get this feeling that she’s Elizabeth and I believe in that stuff so I call her Elizabeth.”

Mrs. Ritchie couldn’t believe this.  “It totally drew me for a loop.”

“I didn’t doubt that anybody else had had contact with her, it was just kind of this weird coincidence where we didn’t really have a reason. We haven’t done the research to find if there was a person named Elizabeth.”

So who is Lizzie?

“I feel like I can say that she’s nice. She doesn’t seem to have an agenda to cause any harm or damage. So whatever reason spirits linger, this is her home as far as I know. And I don’t think that she’s necessarily connected to this building. I don’t think she’s anyone who died in the building or anything creepy like that. I just think that she ended up here for whatever reason.”

“Those three things kind of confirmed for me that Lizzie was real. Not that I was ever questioning.”