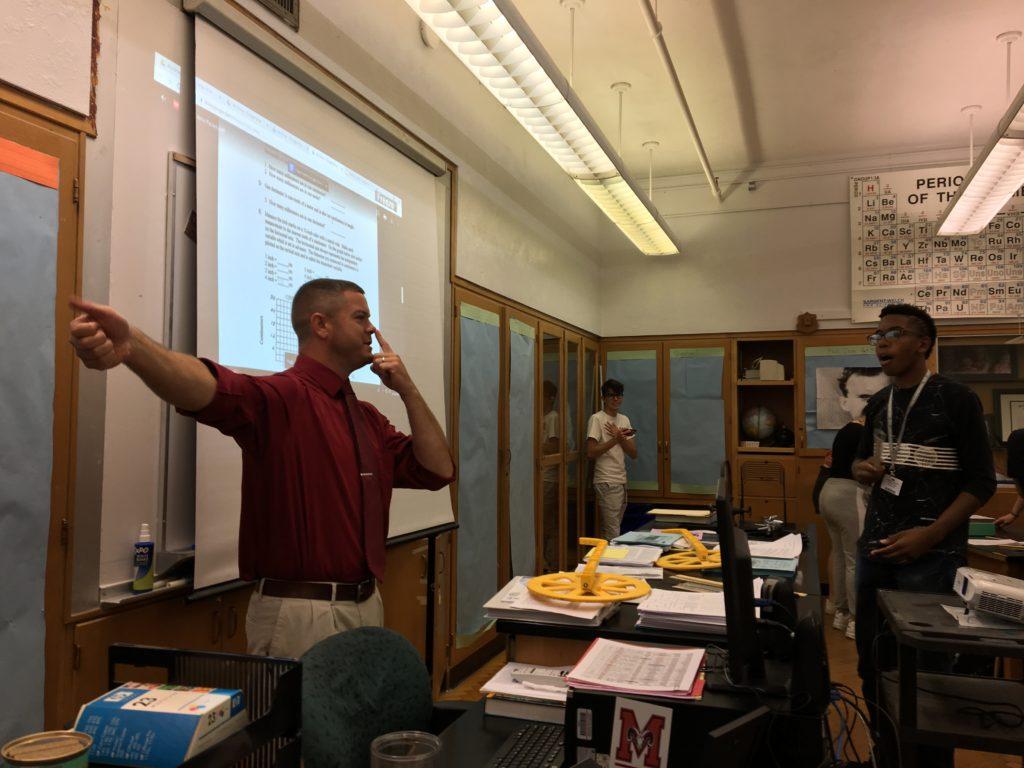 The class of 2023 is just beginning to navigate the halls of duPont Manual High School, and so are a few new teachers. Jesse Simpson is one of them.

His first day was just one day before his chemistry class was in session, so his transition had to happen quicker than the other new staff members.

Simpson has taught for 10 years, and has a degree in chemistry, so this year’s curriculum is expected to go smoothly.

When his wife saw the job listing, Simpson was in the middle of a contract with Nelson County High School, and content with his role there, so the decision to switch had to be absolutely worth it.

“I had a job teaching at Nelson County. That’s where I graduated. I was on the state football team,” Simpson said, “It was gonna take a pretty unique opportunity to leave.”

Sure enough that opportunity rolled around.

“It was pretty crazy, just how this whole thing has gone about.” Simpson said. He was shocked to get called for an interview. “It just cracked me up that I got a phone call; little old me out in Chaplin, Kentucky.”

About 30 minutes after the interview, he got a phone call asking him to teach. He immediately called his wife to share the good news.

Simpson hasn’t taught outside of Nelson County before, and he and his children were raised there. The switch to Jefferson County took some getting used to, especially the behavior of his students.

“I’ve had a lot of kids tell me ‘Thank you’ after I am done teaching.” Simpson said. “That means a lot.”

The city is not quite what Simpson is accustomed to seeing. He lives in the country and operates a farm with his father and brother. He has to drive about 40 miles everyday to get to school. But Simpson has no complaints.

“I couldn’t be happier with where I am right now.” Simpson said.