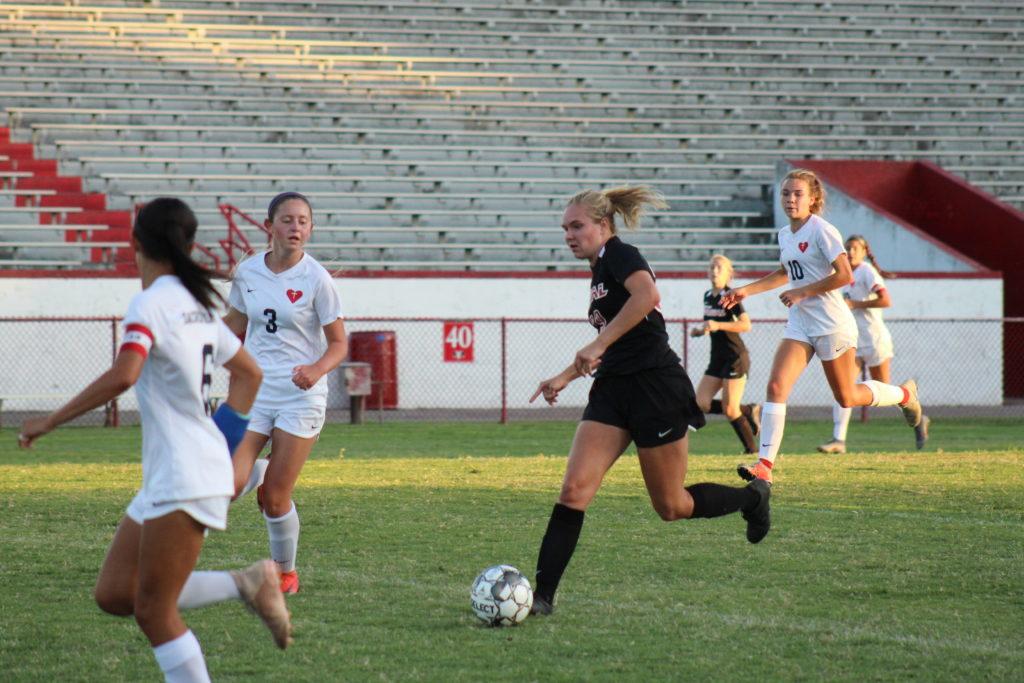 Manual held strong defense the first half and pursued several offensive counter-attacks, but all shots taken by the Lady Crimsons’ forwards missed the goal or were blocked by the opposing keeper. At four minutes left in the second half, SHA scored.

Manual’s goalkeeper, Kylie Seraphine, made nine saves, despite being a softball player who has only played soccer for just over four weeks. Seraphine now plays strictly Varsity for the Manual girls’ soccer team, adding another Varsity sport to her regimen.

“It’s definitely tough, but I feel like soccer is going to keep me in shape for softball season,” said Seraphine.

Manual’s head coach, Sheri Kiser, has been preparing for this game all season. She reminds the team on a regular basis that Manual has “unfinished business” with Sacred Heart.

“Obviously, you don’t want to lose a game, but we can take away some positives,” Kiser said.

Just as Manual learned from this loss, SHA’s head coach, Libby Smith, has plans to rework some of her team’s plays

Manual may yet again face SHA in the Lexington Catholic Tournament finals on Saturday, September fourteenth.