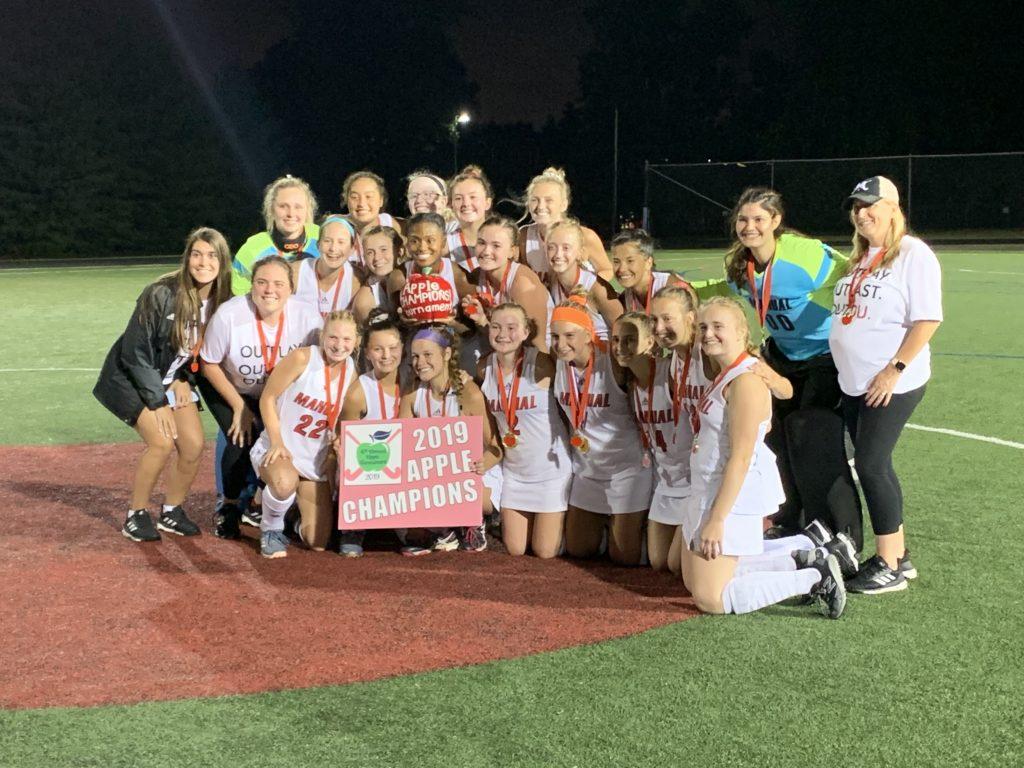 The Manual field Hockey team is the first public school to win the Apple Tournament in all 47 years of the tournament. Photo by Aliyah Lang.

Captain, Halle Baisas, (12, HSU) scored Manual’s one goal in the tenth minute of the first half.

The team kept that one point lead for the rest of the game.

“It feels really exciting [to win] because we’re the first public school and I’m really proud of my team. I’m on a high right now,” Baisas said. 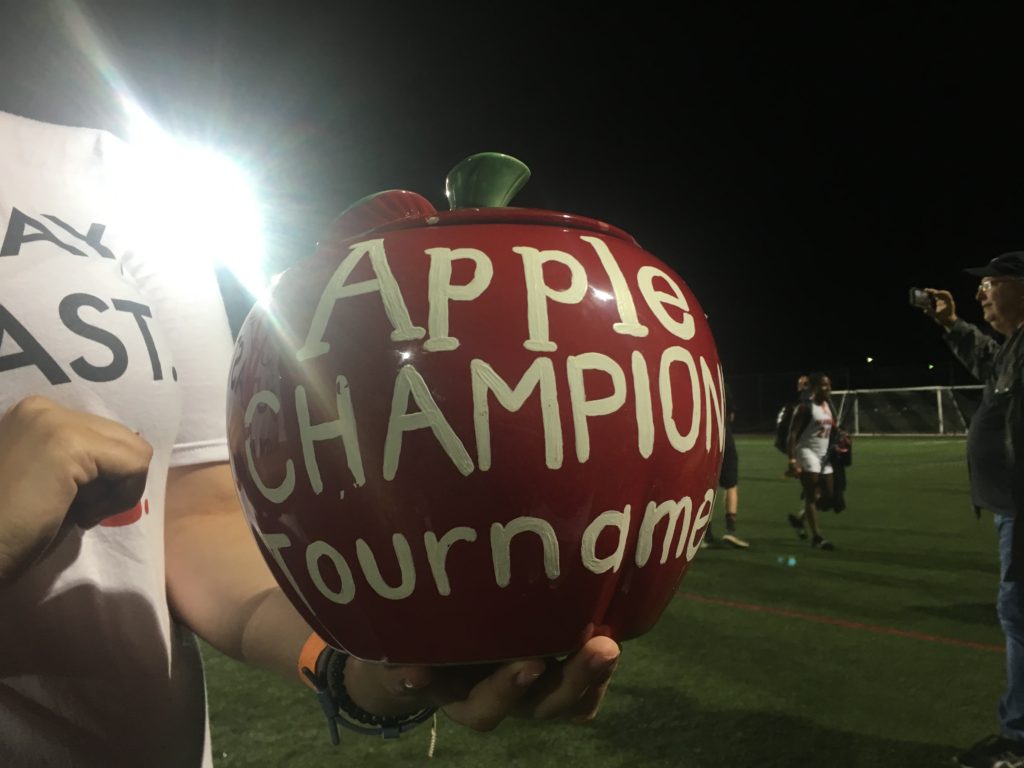 The Apple Tournament trophy held by assistant coach, Claire Grady. Manual will be the first public school to add their name to this apple. Photo by Marjorie Mays.

Head coach Brittany Vencill has been coaching at Manual for ten years. She tells her players to “break the game down into five minute increments, stay in the moment and win each, individual battle,”  before every game.

“I think our seniors will step up big time and I think we’ll go out from the get-go pretty aggressive, trying to score early,” Vencill said before the game.

After the game, Vencill concluded that her expectations were met and both of those things proved to be true. She described what set this varsity team apart from previous ones.

“The senior leadership and the experience of how many have been on varsity for so long,” Vencil said.

Players were also excited about the win.

“Sacred Heart is always our biggest competition and to take them down at their own tournament really made us all feel really good and accomplished,” Anna Claire Straub, (10, HSU), said.

Kelmanson stepped up on Monday, not allowing a single SHA goal despite multiple SHA possessions with back to back deflections.

‘When I play, I like to have a blank mind. I like to jeep my eye on the ball and my team. I like to be in the game,” Kelmanson said.

Captain and defender, Meela Kopp, (12, HSU), got Most Valuable Player for Manual’s team. “It being my senior year, I’m really glad we went out with a bang,” Kopp said after the game.

The crowd was filled with friends and family of varsity players, along with the freshman and junior varsity field hockey players.

“Sitting in the student section was very exciting, it reminded me of being at a football game. It made me happy to see that many supporters come out to see our girls play,” Anna Carpenter (10, HSU), a junior varsity player,  said

Manual’s field hockey team will face Butler at home on August 29 at 7.