A history of copyright law: From the Copyright Act of 1790 to Spider-Man 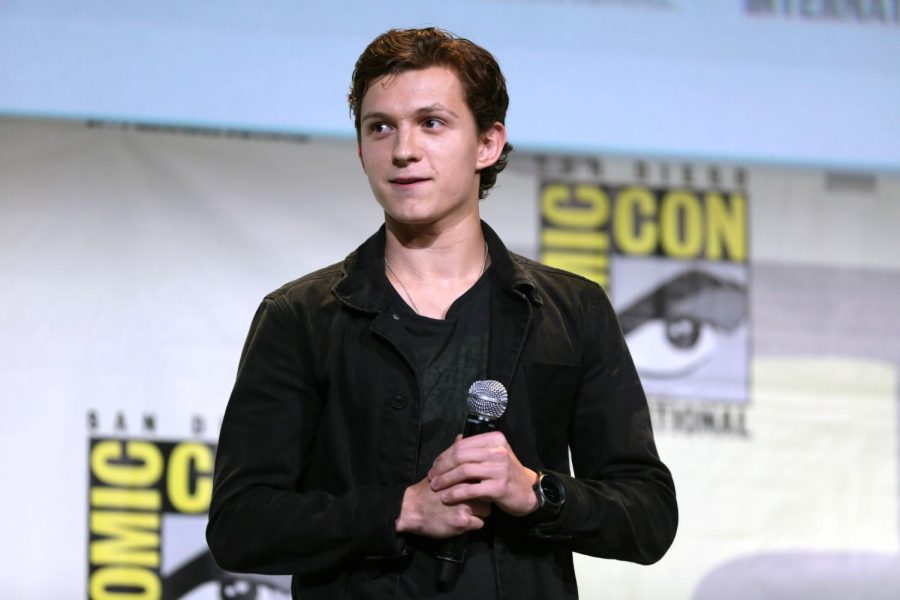 “Tom Holland" by Gage Skidmore is licensed under Creative Commons Attribution-ShareAlike 2.0 Generic on Flickr. No changes were made to the image. Use of this photo does not indicate photographer endorsement of this article.

While copyright laws have always been a big and confusing topic of discussion in the entertainment world, the Sony and Disney disagreement regarding Spider-Man has caused the topic to once again be brought up.
Spider-Man’s Rights
Copyright law has been evolving since the beginning of ideas, and recently there have been many examples in popular culture of contract negotiation that roots itself in copyright laws.

Disney, for example, has had a disagreement with Sony regarding the contract for Spider-Man, a character currently being portrayed by Tom Holland.

⚠️ SPOILERS AHEAD ⚠️ It’s time to step up. Watch the new #SpiderManFarFromHome trailer now and get your tickets today: https://t.co/iQ9xchPwai pic.twitter.com/4VAh0VgHxr

According to circulating reports, Disney has only been receiving 5% of Spider-Man featured Marvel movies, including the last movie featuring the character, “Spider-Man: Far From Home.” Disney wanted to renegotiate the joint contract so that it was instead split 50/50, but Sony did not agree to the terms.

“It seems like Disney is a very malicious company, so I’m happy that Sony found its way out of the MCU,” Ben Rhee (11, MST) said, “With the deal that happened between Disney and Sony, it seemed like Disney was trying to give Sony the short end of the stick.”

Deadline broke the story that Kevin Feige, a former producer of Spider-Man films, would no longer hold that role, which led to fans threatening to boycott Sony.

Much of today’s news about Spider-Man has mischaracterized recent discussions about Kevin Feige’s involvement in the franchise. We are disappointed, but respect Disney’s decision not to have him continue as a lead producer of our next live action Spider-Man film. (1/3)

— Sony Pictures (@SonyPictures) August 21, 2019
“I think that Spider-Man should be in the public domain,” Satchel Walton (10, J&C) said, “When was he made? Probably a long time ago. Is the person who made him dead? Probably. Is that person making money off of him anymore? Probably not.”

However, Walton isn’t exactly correct. In 1988, Congress passed an extension act that extended copyright to the length of the authors life, plus fifty years after their death and another seventy year extension after that.
Taylor Swift’s experience
Another copyright law example with a high profile right now is Taylor Swift’s re-recording of all of her albums previous to her most recent album “Lover,” due to the fact that her previous label, Big Machine Records, was bought out by Scooter Braun.

— Rolling Stone (@RollingStone) August 25, 2019
Braun now owns the masters of her albums, the original copies, so if a TV show, movie or advertisement were to use one of the songs, Braun would be asked permission, then paid a licensing fee, meaning Taylor has no ownership over her old music.

“Taylor Swift is a really hard-working woman and she worked really hard to make all of her music, and the fact that she doesn’t get to own any of it isn’t fair,” Marjorie Mays (10, J&C) said.

Swift claimed that she attempted to buy back her masters from Big Machine Records but was not granted the ability to do so. She also claimed they would only agree to her earning them back one record at a time, resulting in a full album to be released by the label.

Furthermore, Braun has a connection with Kanye West which doesn’t work in Swift’s favor for getting her songs back.

However, Steve Borchetta, Big Machine’s founder, wrote in an article posted to the Big Machine website that Swift would earn her masters back as soon as she re-signed a contract, but would then have to stay at the label for another seven years.

When copyright law factors in, Swift will still be receiving significant royalties from her music when it’s performed, used with other medium, or sold. Braun may own the masters, but that only means that he controls licensing, not that he may change the original contract that details the percentage of royalties Swift receives in exchange for what Braun may publish, license, or distribute.
How copyright has changed
Contracts for music and media has changed over time, ending in a result that may seem over-complicated or complex. Originally there was only one sentence in the Constitution on copyright law. Read more about the history of copyright law in the timeline below:

(Please allow up to 10 seconds for the timeline to load)

Featured Image Citation: “Tom Holland” by Gage Skidmore is licensed under Creative Commons Attribution-ShareAlike 2.0 Generic on Flickr. No changes were made to the image. Use of this photo does not indicate photographer endorsement of this article.