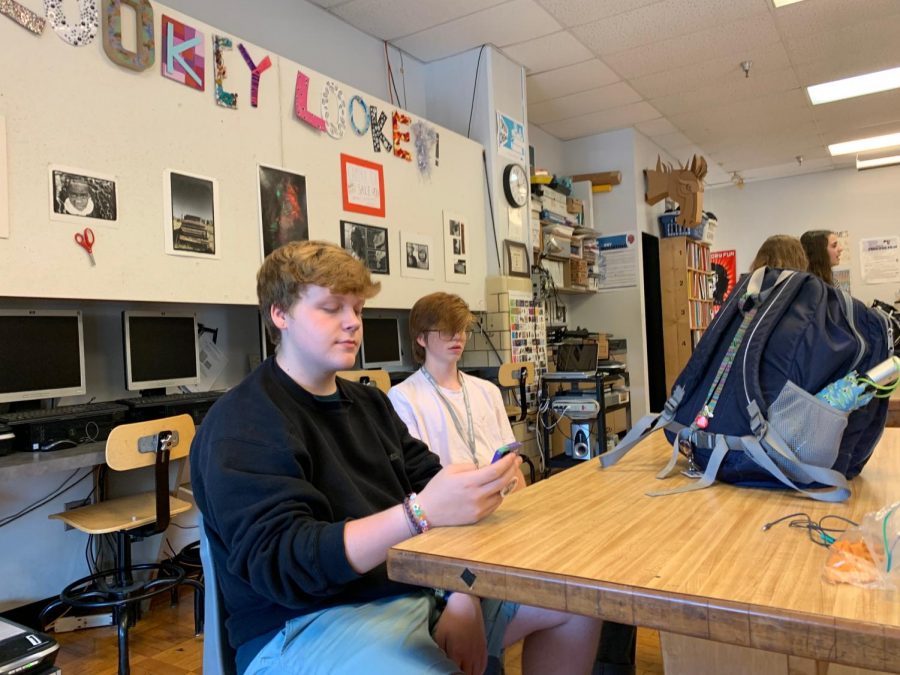 Throughout Manual, students and teachers rely upon technology to learn content, study and communicate with teachers and peers. Due to the amount of work and assignments that require technological access, not having technology that is accessible both at home and in the classroom can hinder a student’s ability to thrive in a school environment.

In almost every class teachers rely heavily on Google Drive, Google Docs and Google Classroom for communication, homework and classwork.

At Manual, students are fortunate to have Google Chromebooks to use while in class, but for many students technology might not be as easily accessible at home.

The stigma around not owning a phone or computer in a rigorous environment such as Manual can be intimidating. In a classroom setting, students may not want to admit that they do not have access to the same technology as other students in a class. This makes even joining in a round of Kahoot, an educational quiz game that requires a cell phone, a stressful and uncomfortable situation.

Lack of technology is more prevalent throughout Manual than most think. “We face this quite often actually, especially with freshmen,”  Mr. Ray Krause (social studies) said.

A few years ago, Krause and Mr. David Dallmann (computer science) started a project alongside other Manual staff to provide access to technology to students who lacked it at home. The program began under the advisory of former principal, Jerry Mayes.

Krause noticed that Manual was sending unused laptops to surplus areas in the district, so he came up with a plan that would utilize the old, unused computers.

“We were taking some of our older technology and laptops and sending them to surplus at the district,” Krause said. “I asked them– can we get a few of those and get Dallman to work on them and get them up to snuff.”

This idea would benefit the students, and at the same time, it wouldn’t come at the expense of JCPS.

The program has now been running for two or three years.

Students can “just come in and check [a computer] out, and they can take it home and use it, [or] use it somewhere else in the building,” Holly McCollough, Manual’s librarian,  said.

McCullough emphasized that the laptops are intended for those who have absolutely no access to technology.

“[The program] is basically for someone who really does not have any access and needs something for at home,” McCullough said

The computers are still available in the library, however only one computer has not been checked out.