This week in Manual athletics: Sept. 9-14 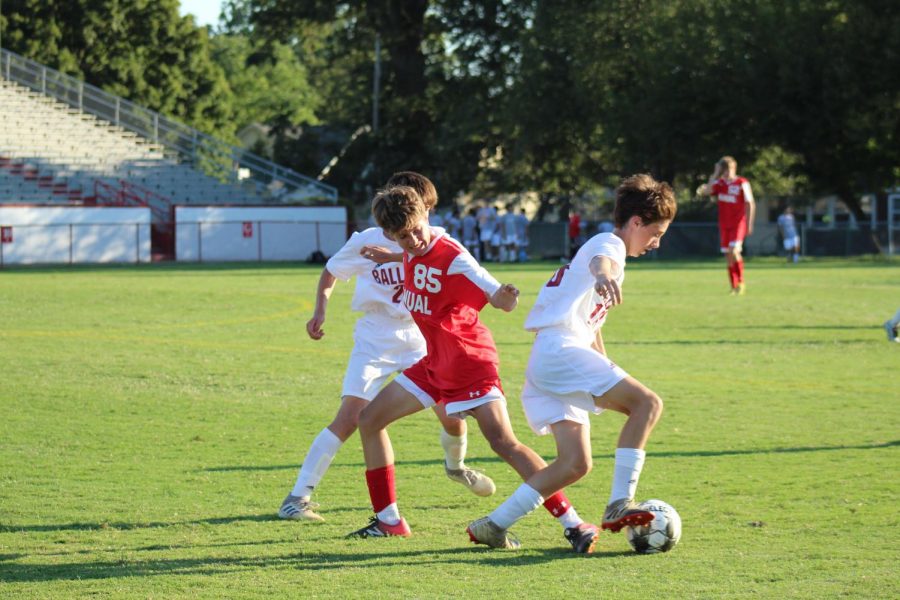 Coming off of a tie against Male last week, the girls’ soccer team will participate in the Lexington Catholic Challenge Cup this week. They will play their first game on Monday against Highlands at 6 p.m. They will play again on Wednesday against a team that will be determined by the first round results. The time for this game is TBA. They will play again on Saturday as part of the same tournament. All of these games will be held at Lexington Catholic High School. Take a look at the bracket here.
Boys’ Soccer

After a loss to Scott County last week, the football team will host Oldham County at Manual Stadium on Friday. This game will begin at 7:30 p.m. This is Crimson/Ram card event.
Cross Country

Great day for #manualxc All four teams in the top ten in the Mason Invitational. Girls 3rd in a loaded field! The most important thing is that they really raced! Fun meet and thanks to @RunMasonComets and coaches Dobson and Rapp for going above and beyond!