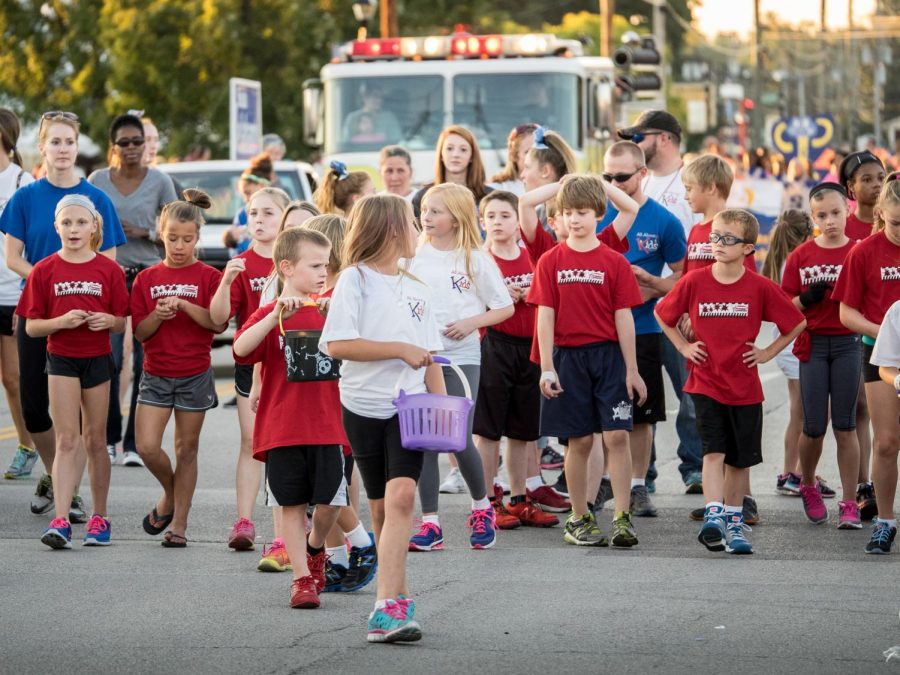 This year the 50th annual Gaslight Festival will be taking place from September 13 to September 15, but with newly added rules in effect for teens after the recent social media blowup at Kentucky State Fair.

The 50th Annual Gaslight Festival is only ONE MONTH AWAY!! 🙌 Want to be right in the middle of all the excitement? Sign up to volunteer! https://t.co/sYI2cp4gJ6 pic.twitter.com/zDR1NlBlAh

Thanks to the Jeffersontown Police Department for these awesome drone images of the 2018 Gaslight Festival! 🎡🌭🍗🎸

Starting Friday night at 7 p.m. persons under the age of 18 will not be able to attend the festival without adult supervision.

This has been a controversial topic for teenagers in the past couple of years. Many popular hangout spaces for teens have now issued age restrictions, including both shopping malls (Jefferson Mall and Mall St. Matthews) and the Kentucky State Fair.

“I understand why they have it in place, but I don’t particularly like it because it restricts my age group, but people will do what they want. It’s just something for [Gaslight festival] to fall back on,” Eva McGhee (9, YPAS) said.

Some students had a different perspective on this topic.

“I think it’s a bad marketing move. It basically kicks out half of their audience. I think it’s bad in general,” Tanner Bennett (10, YPAS) said.

“I feel like the age restriction makes sense. I don’t know if 7 p.m. is the ideal time though because it doesn’t give teens enough time to do what they choose,” Chandler Morris (11, YPAS) said.

Other students were disappointed and felt frustrated by the new age-based restriction at the festival.

“It’s disappointing, it seems like everywhere teens want to go we get an age restriction. It’s not even the majority of the teens acting up. It’s just a few people acting up and now they’re shutting everything down. Age restrictions are going to isolate kids from their communities,” Laila Hill (10, J&C) said.

“The age restriction means our generation is too immature to handle these serious types of events,” Kennedy Hampton (10, HSU) said.

Students also offered solutions to age restrictions problem at the Gaslight Festival. Many called for pushing the time back.

“I would implement an identifier of some sort, either a band or sticker letting you know that you should be out by 7 p.m.”, McGhee said. She also believes that the curfew should be pushed by an hour or two.

Others believe the curfew shouldn’t be there at all.

“I would completely eliminate the curfew. I think it’s very unfair to penalize everyone because of one person,” Bennett said.

Featured Image Citation: “ 140918-9180078″  by Papa Blue 123 on Flickr is licensed under Creative Commons Attribution 2.0 Generic. No changes were made to the image. Use of this photo does not indicate photographer endorsement of this article.