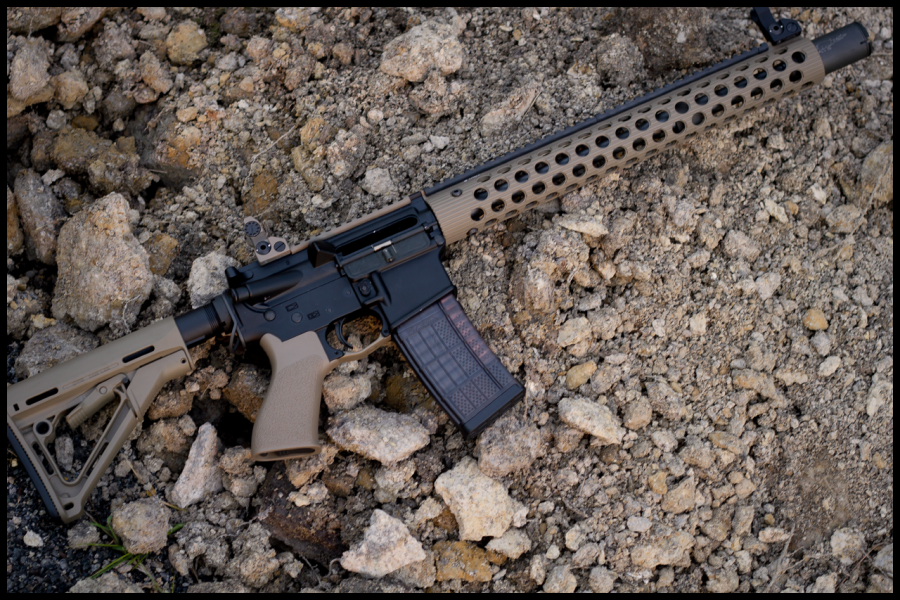 This is an AR 15 style assault rifle. AR 15s are often the center of heated debate about gun violence.

Mental health often takes center stage in the gun control debate, when in fact, many other factors contribute to the gun violence epidemic in America. For example, Walmart has recently taken action in response to two deadly shootings in Denver and El Paso. In response, they banned violent advertising in stores and the sale of handguns, handgun ammunition and short rifle ammunition. Why didn’t Walmart simply ban violent weapons instead of the more psychological route they took with banning the advertisements? Their response showcases the flawed way America tends to treat gun law reform.

The gun violence epidemic in America is not solely related to mental health, yet it often becomes the centerpiece in debates about gun law and reforms. Even bringing up the idea of restricting the purchase of guns tends to start a heated and ultimately fruitless debate. Yet the ease with which almost anyone can purchase a gun is truly part of the problem. At gun shows in some states, people can bypass background checks quite easily. In most places in the U.S., you can buy a gun in a week or less. In Florida, a person can actually purchase an AR-15 at age 18, three years before you can legally purchase a handgun.  That brings another issue to the forefront- how easy it is for the average citizen to get weapons of such destructive capability.

Let’s flash back to Feb. 14, 2018. A former student at Marjory Stoneman Douglas High School comes back, enters the school, and starts shooting an AR-15 style assault rifle. He kills 17 and wounds 17 more. The school police officer cannot find the shooter in time, but it may not have mattered if he did. He has a pistol. He is outgunned.

The Parkland shooting led to the March For Our Lives movement, which Manual was quite active in. Manual participated in its nationwide school walkout protest to try and solve the American gun violence epidemic. The March For Our Lives movement demanded more gun control laws. After all, if American citizens are allowed to buy weapons that are more deadly than those that most police officers are equipped with, how can the police be expected to protect us?

Unfortunately, mental health has become a politically charged issue. It is used by some media outlets to deflect attention away from non-psychological factors pertaining to gun control. Talking about mental health is a nice way to propose gun reform without angering conservative voters. The NRA is often in the spotlight after these attacks, and they deliberately steer the conversation away from gun reform, likely because they make money from gun sales. Lobbying in government makes it so that any time a mass shooting happens, the gun companies, NRA and some politicians are all working to deflect attention away from guns and onto mental health. Mental health is a critical part of the gun control debate, but it is not the end-all be-all. If we want to make lasting change that will reduce gun violence, we have to actually pass significant reforms that aren’t focused on mental health.

Featured Image Citation: “Troy AR-15” by Dillon Hall is licensed under Creative Commons Attribution-NoDerivs 2.0 Generic. No changes were made to the image. Use of this photo does not indicate photographer endorsement of this article.