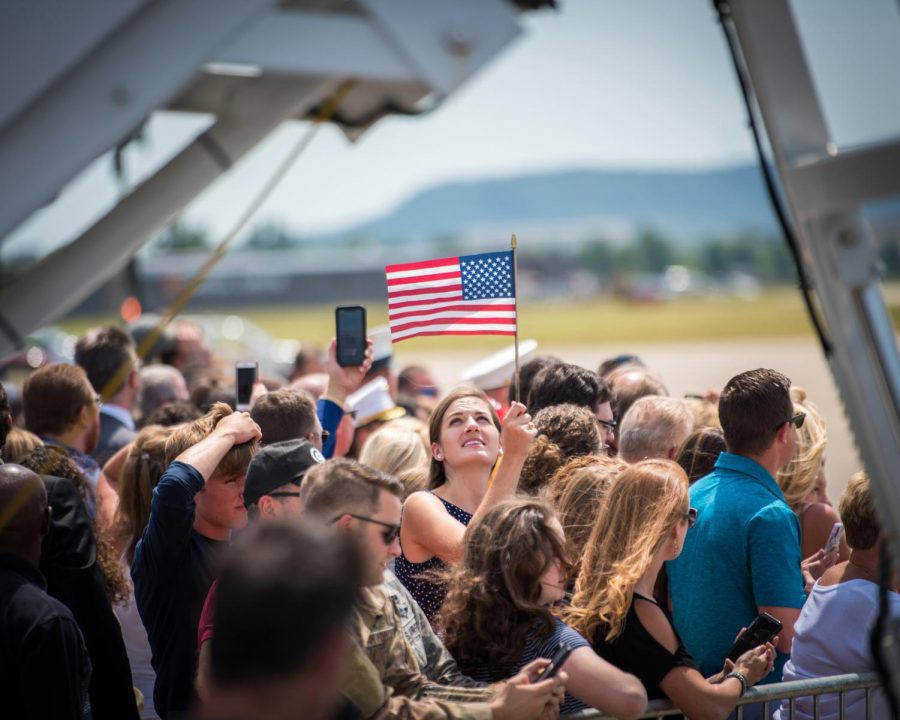 According to a report published by the United States Election Project, around 138 million Americans voted in the 2016 election. However, those 138 million people only make up 58.1% of our voting-eligible population, meaning there is another 42.9% of Americans perfectly capable to vote stayed home on election day. Their absence at the polls spoke much louder after the outcome though.

As Americans, we have the right and privilege to cast our vote to choose the right leaders to make the best decisions for the country. When only a little more than half of voting-eligible citizens vote for, arguably, the most important job in the country, we aren’t getting an accurate read of what leaders Americans want or need. Whether it’s having no education on how to register to vote, not feeling strongly for either candidate or just pure laziness, everyone that is capable of voting and should be going to the ballots whenever they can. No matter how small of a part we think we play every vote does matter for the benefit of good leaders in offices that actually represent us.
Why should I vote?
In Kentucky, the governor election is this November between Democratic candidate Andy Beshear and current Kentucky Governor Matt Bevin. Their plans heavily impact the future of public school students and teachers which is why it is more important than ever to register and cast your vote because these leaders are going to determine your future.

Voting is the basis of our democracy. Suffragists have fought for centuries to get everyone the right to vote regardless of race or gender. They fought for this right because it is important that we get a say in who will take office to make decisions that benefit the country. Voting was not accurate in what all Americans wanted because not all Americans were voting. What a white male believes does not account for what a person of color (POC) or woman believes is right for the country.

And even though everyone has the right to vote now, we are slowly falling into the same trap of not getting an accurate representation of the population. If all of us don’t vote, our issues, stances and beliefs cannot be heard and change cannot be made. Getting an accurate read of what issues we care about is not possible without full representation from the population, which we are currently not getting if only over half of Americans are showing up to vote.

Especially now in Kentucky, we need to know what all Kentuckians want in a governor. Under our current leadership, public school education and their pensions are under attack, and if those affected and everyone around them don’t vote this leadership out, the future of our teachers and our education is in jeopardy. This is not an election we can toss under the rug and just “see what happens.”

Everyone’s vote matters. It may not feel like it because there are rarely any elections swayed by just one vote, but almost half of America has the “it’s just one vote” mindset that is destroying representative democracy. That is turning just one vote lost into millions lost.

We can be as angry as we want on social media, protest policies and post on Twitter, but while the people have the power to change the laws by protesting, we can’t change the law unless we elect people who are willing to listen. If we are eligible to vote, nothing but ourselves is stopping us from doing it.
How do I register?
September 24th is National Voters Registration Day. The National Voters Registration Day website provides links and offers a step by step process on how to register in any state.

🚨🇺🇸PSA: Today is #NationalVotersDay!
We’re proud to have partnered with movements like @RockTheVote who help young people build political strength and speak truth to power.

Not sure if you’re registered to vote? Find out here: https://t.co/QpZspza6p8 pic.twitter.com/94eCyWJq8s

You can also visit your local DMV to get information and forms on how to register to vote if you are unsure how to.

If you are of age, you need to register to vote and get out there when the time comes. The leaders you elect will determine your future and your voice needs to be heard and recognized for a better future for our democracy.

Featured Image Citation: Featured Image taken by Kentucky National Guard Public Affairs Office on Flickr licensed under CC BY-NC-ND 2.0. No changes were made to the original image. Use of the image does not indicate photographer endorsement of the article.