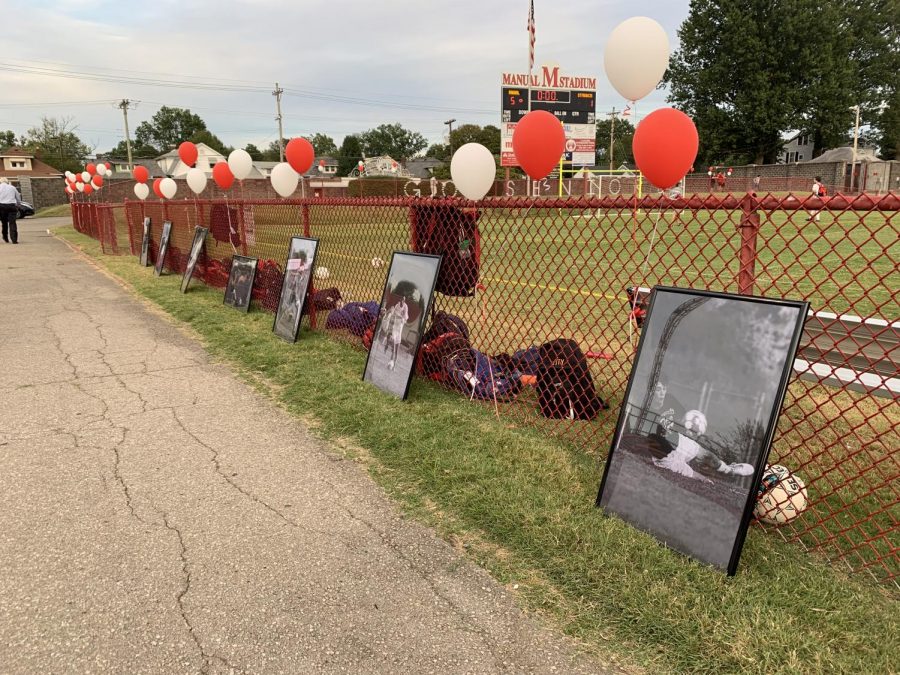 Manual was the first team to score with a goal by Campbell Chandler (12, HSU) only 10 minutes into the game. This goal was just the start to Manual’s win and set the tone for the game showing the team’s drive and determination.

St. Francis had a very small team and their offense couldn’t keep up with Manual.

Although Manual had strong offensive strategies, St. Francis had a very skilled goalie, which had a giant effect on the outcome of the game. The goalie blocked over 20 of Manual’s shots and was very valuable to St.Francis.

With 13 minutes left in the first half, St. Francis finally scored. The St. Francis parents went crazy and they were all excited that they now had some hope for the next half.

Niko Sapienza-Wright (12, HSU) scored six minutes into the 2nd half. The goal closed out the game, leaving the final score 5-1 in Manual’s favor.

Jackson Hiegel (11,YPAS) was a very important part of Manuals defense and stopped St. Francis from scoring many times.

“I played okay but there’s still room for improvement. My saves helped our team during the game, but at the end of the day it’s everyone’s contributions that helped us win. We played well as a team, and it was just a fun time because we could go out and give our seniors a good win on senior night,” Heigel said.

Another great asset to Manual’s offense was Liam Spurlock (10, MST). He had multiple great passes to teammates throughout the game.

“I believe my playmaking and passes in the game allowed us to keep possession, which led to us scoring more goals and winning. I played well tonight and [I was] proud that I was able to be there for the seniors,” said Spurlock.

Manual’s last home game is September 28th vs Lexington Catholic at 11am.