For the first time in months, a step has been taken towards the construction of a new aquatic facility in Louisville. 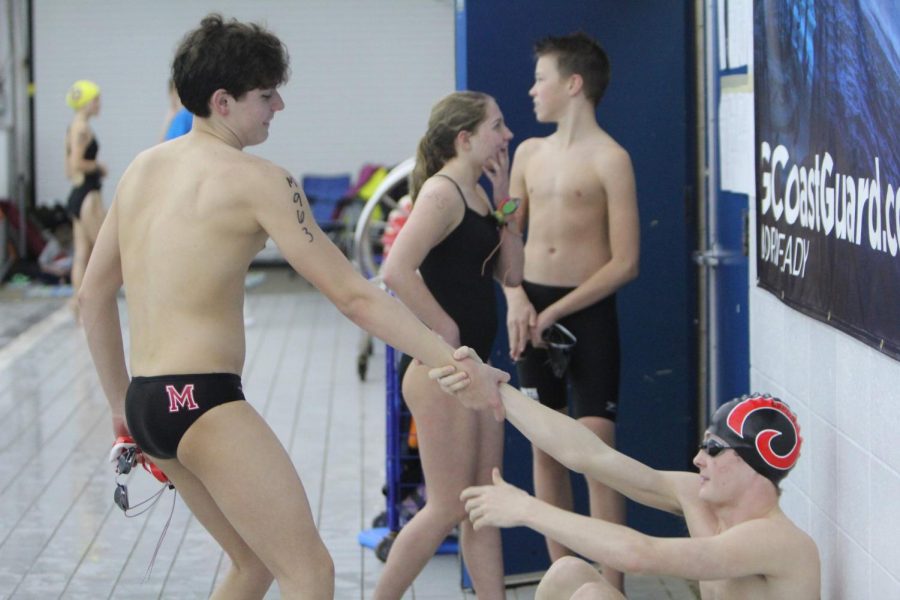 Last week, after four months of dried up city pools and silence on the matter, community stakeholders and leaders of Louisville gathered to discuss the possibility of building a new aquatic facility.

Organized by swim parent Steven Greseth, the first part of the meeting included a presentation of preliminary objectives like funding, planning and supplies, in front of specific partners such as Norton Healthcare, Louisville Metro Parks, University of Louisville, Jefferson County Public Schools (JCPS) and others.

The team of stakeholders collaborated to hear the results from consultant George Deines with Counsilman-Hunsaker, the country’s top aquatic engineer.

Counsilman-Hunsaker is also the preferred engineer of USA Swimming, the national governing body for competitive swimming in the U.S.

Expressing passion for the project with Greseth is Mary Ellen Wiederwohl, Chief Louisville Forward. Wiederwohl sheds light on the shortage of pools in Louisville compared to similarly structured competitor cities like Indianapolis and Memphis, who she says both have several more pools than Louisville.

Greseth has a plan: get the stakeholders together to organize funding, find an operator, find a location, design and build.

The second part of the meeting was open to the public to listen to the plan and speak.

In terms of general public perception, however, there is confusion held of citizens who are less familiar with swimming than those of the first meeting.

“There’s no need to convince water people [aquatic leaders] that more water is needed,” Kolb said in comparison of the two groups.

This complication could reside in the $65 million shortfall in the city budget, when the construction of a new aquatic facility could be as much as $20 million.

“The biggest task the city has is convincing the public that this will be beneficial for everyone involved,” Kolb said.

Despite that, the level of commitment the leaders of this group have presents hopes for a solution. The leaders’ skill levels come from competing in national competitions to learning to swim, from aqua therapy to recreational swimming, and everything in between, portraying different perspectives on the subject.

For one of these facets, a new facility, with the right funding, could attract bigger swim competitions. According to Lakeside Swim Team’s Head Coach, Mike DeBoor, Lakeside alone sent nearly 30 swimmers to Junior Nationals and Nationals in the past year. With this elite reputation Louisville carries, a new pool would allow the Lakeside Seahawks to host regional competitions and generate more revenue.

Another demographic to look at is in those new to swimming.

“I represent a non-traditional swimming community in West Louisville,” said William Kolb, a co-founder of Central Adult Learn-to-Swim, Inc., a nonprofit that teaches adults to swim in the West End of the City. In teaching adults to swim with fellow co-founder Amy Benton, Kolb focuses on other ways to use the facility than DeBoor and the Seahawks.

Wiederwohl’s passion branches from a similar viewpoint to Kolb’s. Both of Wiederwohl’s parents did not learn to swim, and it impacted her childhood when she entered swim lessons.

“The warm water conditions are ideal for people to exercise free of pain, without taking addictive painkillers,” Greseth said.

The ultimate goal of the group is to aid as many people as possible in their project, embodying all demographics in the city. Currently, public pools only service those who live near or have the ability to get to Louisville’s only remaining public pool, the Mary T. Meagher Aquatic Center.

“I have the financial and physical means to get over to Mary T. and swim there,” Wiederwohl said. “Not everybody has that, and I’m passionate about doing something about that.”