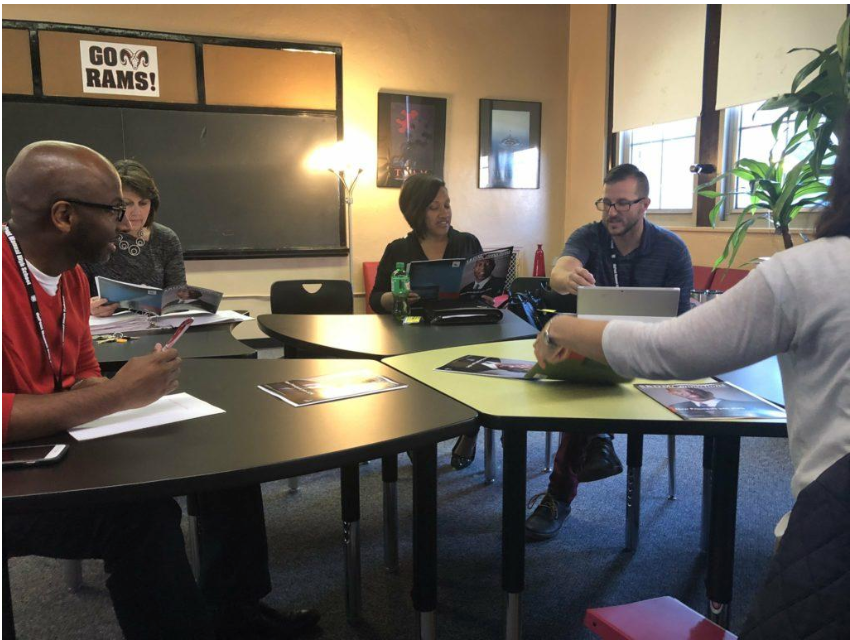 The October School-Based Decision Making (SBDM) Council commenced in the MAC lab this Wednesday at 3:01 in the afternoon.

One of the orders of business of the meeting was the introduction of a dance policy that would give freshman dancers the opportunity to learn pointe, a form of ballet.

The dance department will now require freshman students to stay after on Tuesdays and Thursdays to take extra pointe classes.

“Sophomore students are required to stay after school for their ensemble practice, so this program would shift the after-school classes to beginning freshman year,” said Ruttan.

Due to a donation from a local dance store of over 100 pairs of pointe shoes, that are usually $200, students that otherwise would have a financial barrier will now have the opportunity to learn the skill.

“We have great modern dance and ballet classes that teach the technique. However, learning pointe adds even more experience,” said Crady.

Advanced dance programs value students that are trained in all fields of dance, and for female dancers, pointe is a right of passage. Males who take the class will have advantages in form and technique after taking pointe, developing them into better pointe partners.

The SBDM Committee brought up concerns of students not being available after school, but the dance teachers assured them that accommodations have already been made for ensemble students, and will continue with the pointe classes.

This program is important to be implemented earlier on because freshman interviews for the dance program have already started, and the committee would prefer that the accommodations be made known to prospective students, as to not discourage them from YPAS Dance.

SBDM is addressing transportation concerns pertaining to the new after school dance program, which would be required for students in the program. Mr. Crady said that transportation has never been an issue and the requirement to stay after school is presented to students up front.

The Culture and Climate Committee met on Monday and discussed the creation of a specific Dress Code Committee to revise the Manual dress code.

“We’re looking for a representative for every stakeholder,” said Principal Darryl Farmer.

This process of finding the proper representatives will prevent excess amounts of people, but will also mean the Culture and Climate Committee developing a process to decide on representatives in the first place.

Members of SBDM emphasized the importance of forming the dress code committee soon, with members that will be "equitable and fair" to everyone. Mr. Farmer said he doesn't know (yet) when the committee will be formed or how members will be picked.

This may take a good amount of time, and parent representative Dr.Robin Weiss spoke on the matter.

“We were supposed to have this policy confirmed by the beginning of the school year,” Weiss said.

As well, other parent representative, Marian Vasser, brought up a district-wide dress code investigation that took place a few years ago.

Every school had their dress codes considered by a committee, then received comments, which were simply suggestions on how to improve it.

Manual did not follow those comments but now has an opportunity to look back and reconsider them.

The SBDM Committee also did their first read on the revised homework policy discussed in the September meeting.

Now it includes language that does not permit teachers to assign any “abnormal” amounts of homework on any breaks, whether three-day or winter break.

Teachers will have the opportunity to give feedback on this policy before the next read.

The homework policy will be brought back next month for a second read. SBDM moved on to the dress code committee and stated that all stakeholders will be invited to give their feedback on the policy prior to its creation.

The clubs go through a process with Activities Director Coach Zuberer where he checks them for similarities with preceding organizations, then it gets sent to Student Senate for consideration until it arrives at the SBDM Meeting for the final approval 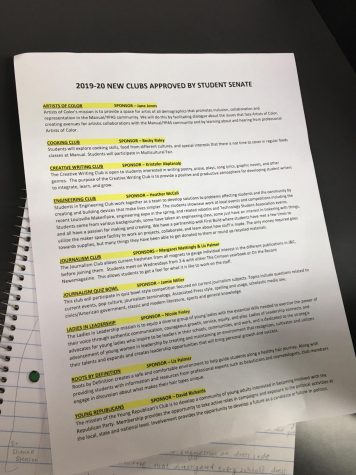 The expenditures for the month were approved, yet the parent representatives wish to more thoroughly investigate the details of some of the accounts included.

Prior to the next meeting, every board member will receive the expenditures, to prepare questions for the meeting on them.

The November meeting will take place on November 6 in the MAC Lab, and will discuss policies on anti-bullying, parent/guardianship, and budget.

Marian Vasser recommended that the committee uses the Racial Equity Analysis Protocol (REAP) to review the policies to investigate any issues within them that would later be brought up.

The meeting adjourned at 3:44.