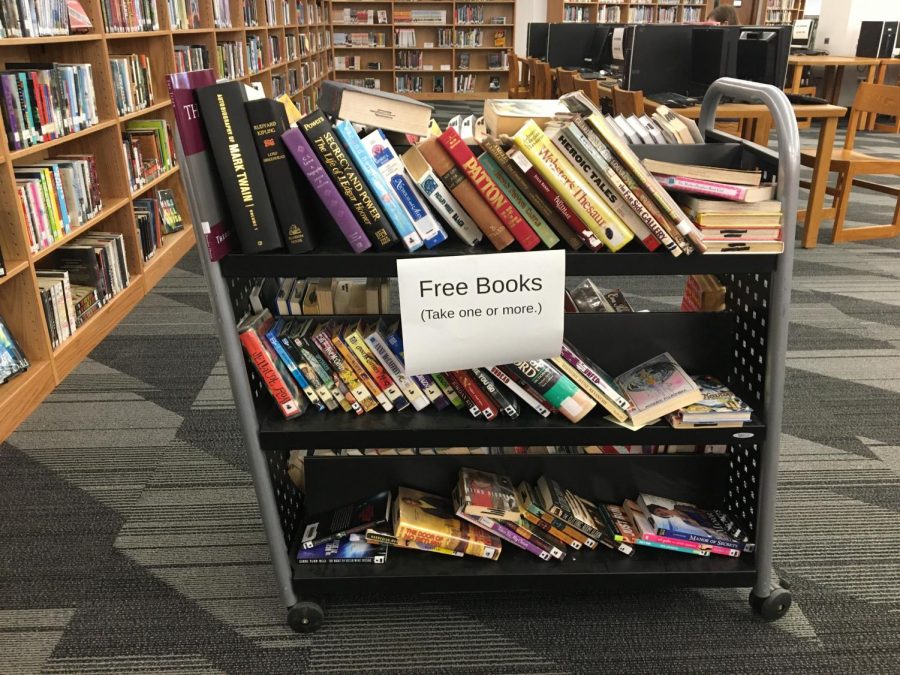 A cart full of free books that the librarians were offering to students. Photo by Mandala Gupta VerWiebe

Manual’s library opened for the first time to the student body after five months last week.

After the library closed down for renovations in the spring last school year, students began awaiting the re-opening just as soon.

Students who used the library to study before school, to eat their lunch in a quiet place or to print out a last-minute paper had to find a new location for their habits.

The printing station was relocated to the back of the auditorium, then in room 203A at the beginning of this school year. 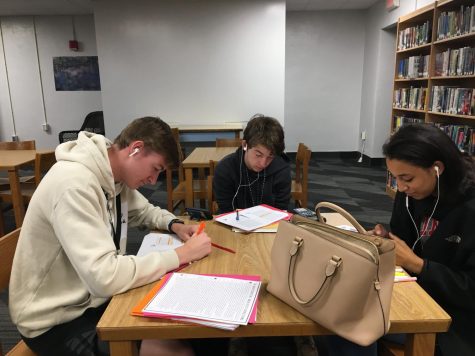 With the re-opening of the library, there were few differences, yet some of them had several implications.

“We permanently lost twenty-one computers. We kept on getting a code that meant that their hard drive was fried,” said Ms. Holly McCullough, Librarian.

Eighteen more computers can power on but work at a much slower pace. McCullough believes this can all be credited to the fact that they were stored in a non-climate controlled warehouse, or possibly the pods that are stationed in the courtyard of Manual.

This technical difficulty pushed back the opening of the library much longer than what McCullough preferred, but she also believed that the library should provide as many resources that it can.

Shhhhh… check out our now quiet work area. You may use a personal device or go old school and do any paper work you need to focus on!

Another large change is the introduction of the library silent study area, a section of tables with divided cubicles.

Ms. Christina Causey, co-Librarian, described it as an area where students can bring their own devices, work on homework or just take a break.

The renovation did not include installing a data spot or outlets for the area, but the librarians are making it work with an extension cord.

On opening day, students could participate in a contest by guessing the number of paper clips in a jar with the prize of a brand new book of the student’s choice.

We’re OPEN! To welcome everyone back, we have a contest: guess how many paper clips. Stop by or comment to submit an entry. Prize=brand new book of your choice. #dupontmanualhighschool #dmhs #dmhslibrary

Despite all of the obstacles the librarians have faced, they welcomed students inside, checking their notes and preparing themselves for a busy year.