OPINION: Manual’s five-star rating is nothing to celebrate 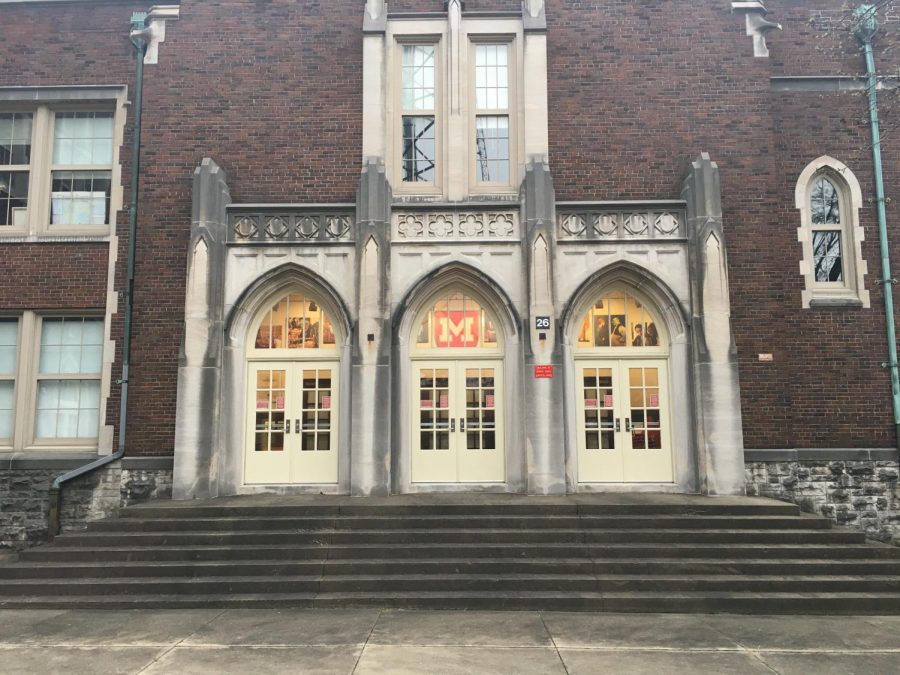 Manual, although not ranked by the KDE, received a five star rating from the state. Photo by Jay Miller.

Two weeks ago, Mr. Farmer started his usual morning announcements with a recognition of Manual’s five-star school rating from the Kentucky Department of Education. Last week, he announced a student t-shirt design competition to distribute shirts to all Manual students as a way to celebrate the rating.

This is where it goes too far. Sure, mentioning that Manual scored the highest rating possible is understandable and a great achievement that should be recognized. However, commissioning students to create a t-shirt design based on these results only makes Manual seem boastful and proud of a competition where they are unfairly advantaged.

Manual is one of the only full magnet schools in JCPS where every student who attends is handpicked “by a competitive process that evaluates achievement test scores, extra-curricular involvement, academic achievement, personal essays, attendance, teacher recommendations” and other magnet-specific assessments.

Because of this, the school shouldn’t earn anything less than five stars. Since they have the ability to pick the students with the best test scores, grades and lots of extra-curricular involvement, Manual is going to be filled with some of the highest achieving students in the district. Teachers complement the success of these students, certainly, but their inherent advantage coming into the school shouldn’t be discounted either.

Even if magnet programs are more concerned with a student’s ability to succeed within their respective magnet, grades and test scores still play an impact in the admissions decision. It’s unlikely that Manual would admit someone who failed several classes in middle school, even if they were a good dancer, performer, singer or artist.

Other high schools in the district, that don’t have the ability to select who attends their school, will enroll these students instead. Earlier this month, the Courier Journal highlighted an important correlation between star ratings and schools that serve higher numbers of impoverished students.

Most Manual students weren’t selected based on their socioeconomic background, but Manual’s heavy emphasis on extra-curricular activities in the application process explains why students would come from wealthier families, as outlined in the activity gap, which argues that students who do not come from low-income backgrounds have much easier access to participate in those activities.

Since Manual doesn’t have many low-income students, it’s much easier for them to earn this five-star rating. Students who come from wealthier backgrounds also tend to do better in school. These students have access to more resources such as ACT prep classes, study books, tutors and the ability to retake standardized tests.

The five-star rating also neglects to mention Manual’s existent achievement gap, and although smaller than other schools, still shows room for improvement. The Courier Journal reported that Manual had a “62 percentage point gap in reading proficiency rates between students with disabilities and their general education peers.”

Mr. Farmer’s speech on the announcements and excitement for Manual is respectable, but t-shirts that boast the achievement only make Manual seem proud of coming out on top of a race that they had no business participating in.

We should recognize the advantage that Manual has compared to other schools and use these results as a way to keep improving Manual and to assist, to encourage and to support other schools in their efforts to improve as well. The t-shirts accomplish none of this, and I was shocked when he announced them. Be proud of your school, but don’t take it too far.