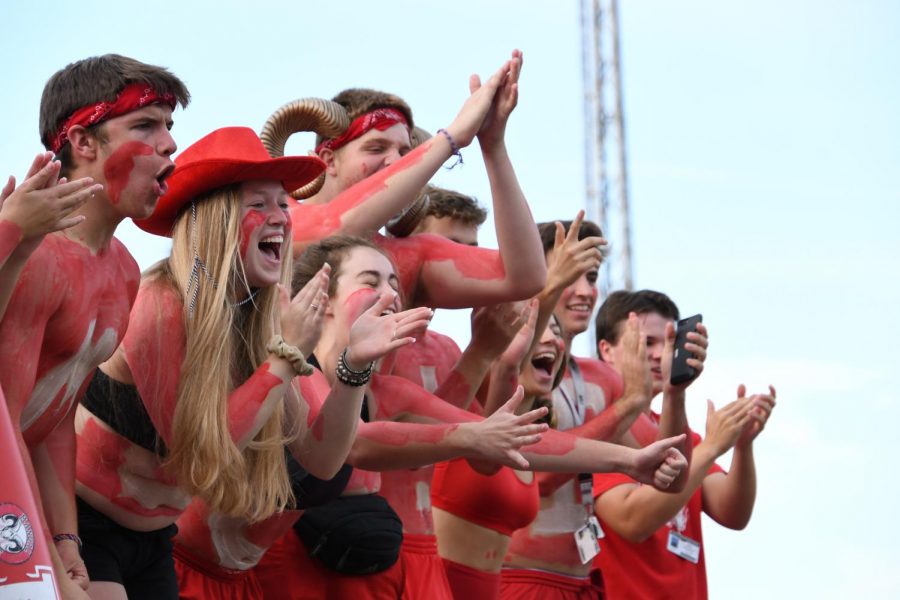 The spirit section shouts and cheers at the Manual .vs. Central game earlier this year.

“Did you see the game last night?”

It’s a phrase that echoes through offices, workplaces and schools throughout the world. It’s a way people connect with one another through a shared interest or die-hard loyalty to a team or a sport.

Usually, when we hear this phrase in the United States, the participants are talking about basketball, football or baseball (depending on the season).

But what about people who follow and watch other sports? People who are extremely dedicated to professional hockey teams, or soccer teams or lacrosse. We rarely talk about these professional sports before class like we might talk about March Madness, but they often have large followings of their own regardless.

A couple of pictures of my tour in @chelseafc Stadium.

Both Dunn and Metel are pretty dedicated to their teams. Metel watches every game when she is available and when Dunn played soccer, he looked to his team to influence what he wore and how he ran.

“I try and learn from how he and other players on his team play,” Benson said. “ I also follow his YouTube channel and get stick skill workouts from him.”

Dunn and Metel also said that they look to the professionals and how they play to improve their own skills and techniques.

“I definitely look at the professional players to try to improve my own game,” Metel said.

Because ice hockey is less popular than some other sports in the United States, Metel expressed that it is often difficult for her to find hockey fans outside of her hockey team.

“It’s definitely difficult to find people to talk about hockey with,” Metel said. “Mostly it’ll just be my hockey team.”

Dunn, on the other hand,  said that although soccer is less popular than some other sports, he actually doesn’t have that much difficulty finding people who are willing to talk about soccer with him.

“With the community growing, I always can find a conversation with someone about the beautiful game,” Dunn said.

Despite the difference, however, both Dunn and Metel agreed on one thing.

“When I do find someone who also follows hockey, there’s an instant connection which is pretty cool,” Metel said.

While their sports aren’t necessarily the same sports that it seems like everyone watches, they are still able to find connections with people who do watch and follow those less popular sports.