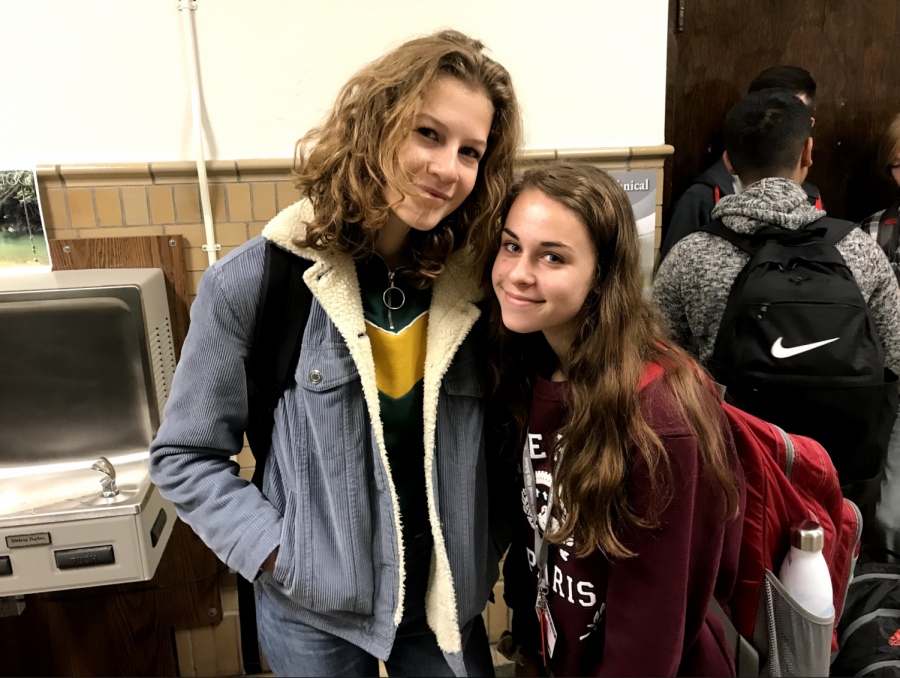 “Being around someone who speaks primarily French gives me a great opportunity to practice my English and learn about her culture,” Kaetlyn Buss (10, YPAS), one of the hosts for program, said. Photo by Justin Price.

This week, Manual welcomed several French high school students as part of an exchange program that will span over the next two weeks before ending on Oct. 24.

This is the fifth consecutive year that the French department has partnered with a high school in Obernai, France to connect students.

Ms. Denee Walsh, the organizer of the exchange program, partnered each American student with one French student. These pairs have communicated with one another over the summer. The American students now get to personally host their exchange student.

“They started last year when they got their pen pals in the level two class,” Walsh said. “They got to write letters and do all of the social media stuff with each other before meeting.”

While a majority of the French students are not fluent, all of them have taken English classes over the years before coming to the United States for the program.

“I’ve been working on English for five or six years,” visiting student, Chloe Pfleger, said. “I wanted to come here and be able to progress my English even further.”

Those who visit will get to take several trips to locations around Louisville and the greater Kentucky area such as the Slugger Museum, University of Louisville and a group trip to the capitol in Frankfort.

These activities give the exchange students a chance to experience the culture in Kentucky on their own while still having the ability to connect with their hosts after school and on the weekends.

“I was really excited for her [my exchange student] to come to school with me so she could see the difference between French school and American school,” Jasmine Howard (10, YPAS) said.

In the spring, Manual students will travel to Obernai in France where they will stay with a local family for two weeks.