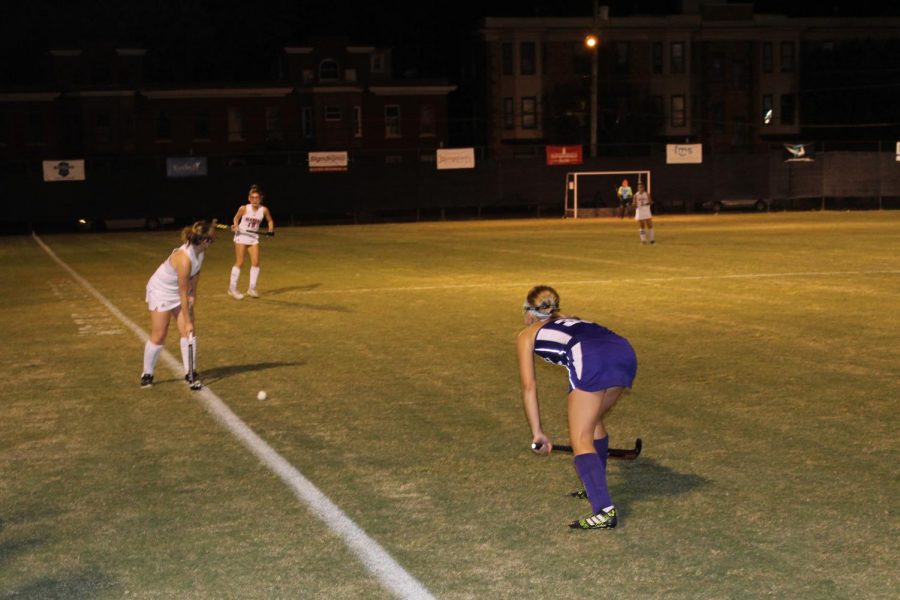 It was the first state playoff game at Rachel Baker field. It was an old rivalry game. The pieces were in place for an excellent match. Last night, the Male and Manual field hockey teams dueled in the state quarterfinals. It was clear from the start that Manual came to play.

Manual kicked things off explosively, scoring four times in the first ten minutes. Kate Frey (12, J&C) scored the first goal of the game, and the early start was decisive to Manual’s victory.  The Male team was not prepared for the rapid onslaught.

After an eventful start, the scoring ground to a halt for the remainder of the game.

Male’s lone goal came late in the first half, and Manual tacked on its fifth and final goal in the closing minutes of the second half.

Both coaches and players from Manual were pleased with the result.

“Our team executed the game plan really well. Our players came out with high energy and great passing and took Male out of the game from the start,” Head coach, Brittany Vencill said. She noted that the team is going to start prepping at practice tomorrow for the state semifinal against Christian Academy of Louisville this Saturday.

“I feel like we came out really strong,” Olivia Smith (12. HSU) added “I’m excited to play CAL because we lost to them 1-0 last week.” Smith also stated that the Crimsons will be ready for the rest of the playoffs.

The field hockey team will take on Christian Academy of Louisville (CAL) in the state quarterfinals on Saturday at 6 at CAL.