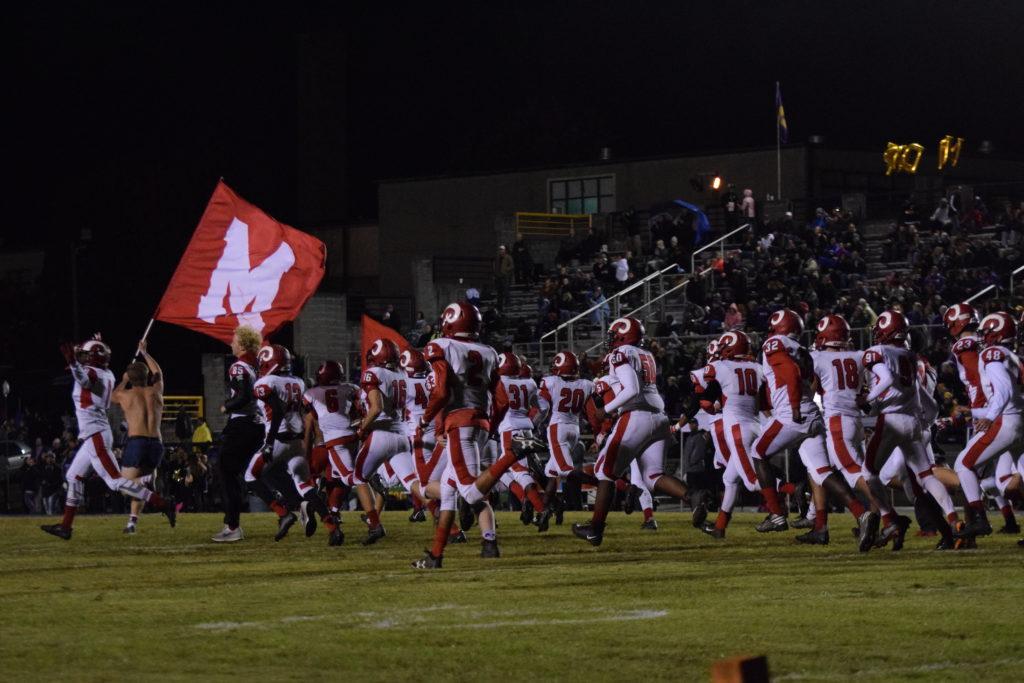 Red/White Week is one of the most unique and fun times of year at our school, and is sprouted from the annual football game between Manual and Male. The rivalry has existed since 1893, which means it’s now entering its 127th year. RedEye wanted to take a look into the history of the Male-Manual rivalry to see where it began, and how it grew into the beast it is today.
The first game
The very first Male/Manual game was played on Nov. 18, 1893. Two brothers would end up being deciding factors in the game, Robert and Tom Brennan. They played on opposite teams in the first fateful matchup. Robert, who played for Male, tackled his brother as he was scrambling for a touchdown. Just before the clock ran out, Tom recovered a fumble from Male’s quarterback to end the game in a 14-12 loss for Manual.
Throughout the years
The game moved to Thanksgiving soon after, presumably to draw a larger crowd. By 1908, the police were fed up enough with the riots and raucous afterparties that they deployed 50 officers — nearly a quarter of the entire city’s force — to the rivalry game. In 1912, Manual’s team changed into purple jerseys to try and confuse Male, but Manual ultimately lost.

From 1914 to 1918, no game was played between the two because of the ill-fated attempt to merge Male and Manual into one school. It ended up serving to reinforce the enmity between the two schools after they inevitably split off again. Players began to go mad just for the chance to stay in the game, with some players playing with broken bones or staying in the game after getting teeth knocked out.
The game’s statistics
The game’s attendance numbers continued to rise for years, passing 10,000 people in 1909, 15,000 people in 1926 and hitting the all time record of 22,000 people in 1966. The biggest victory Manual ever had was a 62-0 blowout in 1959, and the worst defeat was a 81-0 loss in 1919. Over the course of the rivalry, Male has won 84 games, but Manual has only won 45 and they have tied six times.

The Male-Manual rivalry has a long history. It’s been around longer than any of us, and it’ll probably be around long after us, but one thing’s for certain. The Crimsons will always give it their all against those darn Bulldogs.

RedEye also set out to see how much about the Old Rivalry Manual students knew. You can find it here.