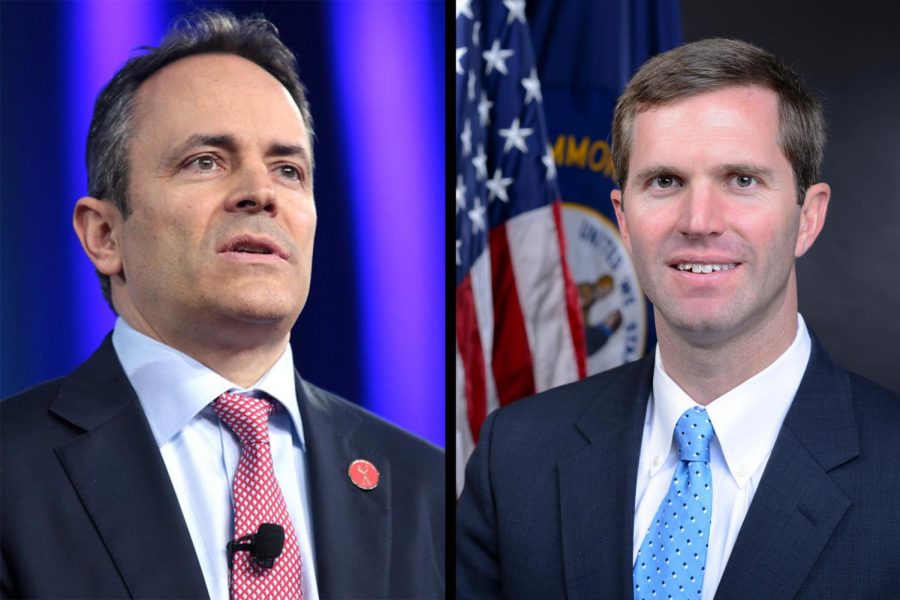 On Saturday night, Republican Governor Matt Bevin and Democratic Attorney General Andy Beshear debated in Louisville at Bellarmine University in a debate hosted by WLKY and the League of Women Voters of Kentucky.

While the debate started out as a largely civil discussion, it quickly descended into an ugly display of bickering, name-calling and personal attacks.

One of the most memorable moments of the debate was Bevin’s remark that although Beshear has centered his campaign around being pro-public education, his children attend a private school.

“You have never had a child in public school a day in your life, their lives, and it’s crazy, you say you’re for public schools, but you’ve never trusted the public schools of our state with the education of your own children,” Bevin said.

Beshear defended his children, saying that it was wrong of the governor to bring his children into political discourse and that if he were elected, he would “never bully fellow Kentuckians from the governor’s office.”

Another widely-publicized debate moment was Beshear’s accusation that Bevin had previously said that someone “commits suicide on a casino floor every night.”

Bevin denied ever saying anything like the statement, calling Beshear’s claim “absolute malarkey.”

Journalists on Twitter were quick to point out that Bevin had, in fact, made a nearly verbatim comment on WKDZ in July.

During WLKY debate, Gov Bevin denied that he said people kill themselves in casinos every night. He did

"Every night somewhere in America somebody takes their life in a casino because they’ve wasted the last semblance of dignity and hope that they had”https://t.co/t17ZlFoZmS

When speaking to journalists after the debate, Beshear and his wife Britainy again criticized the governor for bringing their children into the debate and hoped the governor would apologize.

Beshear also said that he would raise the minimum wage if elected governor, but declined to place a specific dollar amount on his proposal because “total compensation is both wages plus benefits.”

Bevin was also invited to speak to reporters after the debate but left the venue before his scheduled time.

There are two more debates scheduled to take place before the election, one in Lexington hosted by KET and one in Highland Heights hosted by WLWT. Election Day is next Tuesday, November 5.