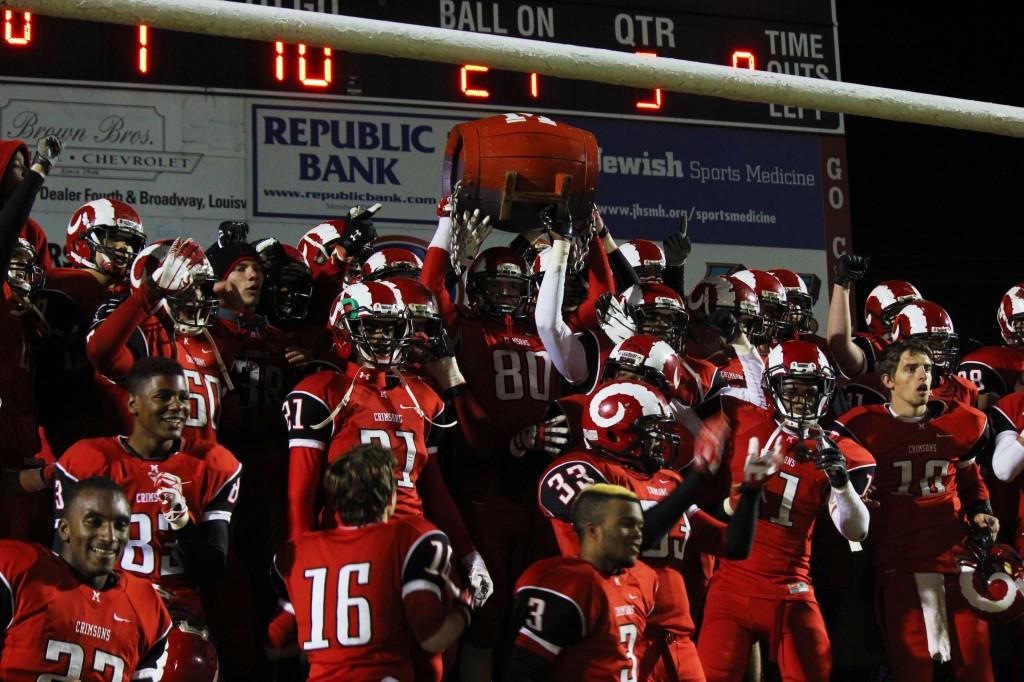 At the end of the game, the football team lines up to take a picture with the barrel right after their win.

Five years. It has been five years since the barrel has sat in the trophy case at duPont Manual High School. Five years since not just our football team, but the entire school, has felt the energy and satisfaction of winning the Old Rivalry game.

No current student at Manual has ever won the barrel, and the past two years students have graduated without ever seeing it. There are a few people throughout the building, however, who do know what this experience is like: our teachers.

He explained that the Monday after the big win is like no other.

“We have a pep rally, and the football team brings the barrel in and parades it around the gym. It’s like the president is coming,” Sharp said. “It’s that big of deal to our student body.”

Sharp also described the pep rally as “just as electric as the game itself.” He predicts that should we win this year, it will a bigger deal than before, since we haven’t had the barrel since 2013.

“Especially since we haven’t had it [the barrel] for a while, I would assume the first day back will be quite loud and exciting when we beat Male Friday night,” Sharp said.

He also added with great certainty that he believes the Crimsons will come out of Friday with a win.

Students who haven’t experienced the barrel, however, don’t feel like they’re missing out.

Other students are excited to see the barrel.

“Since we haven’t won it in five years, if we win the barrel this year for the first time since I’ve been here, it will just feel unreal,” Sabreen Hussain (10, HSU) said.

The Crimsons will make an attempt to earn back the barrel this Friday, Nov. 1 at 7:30.