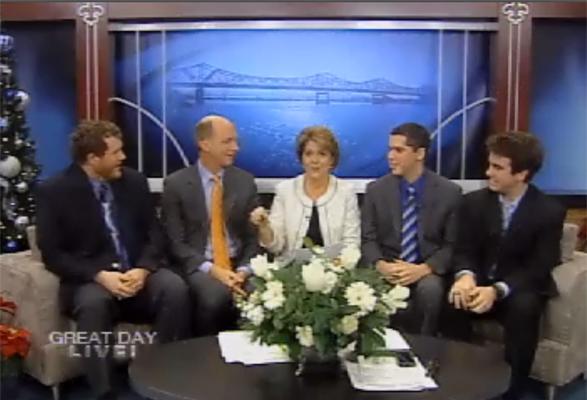 Senior class president Michael Perry (12), Parker Bowling (12), and Matthew Garofalo (12) appeared on WHAS-11’s “Great Day Live!” to spread the word about The President Project. Spearheaded by the three students, the project’s year-long goal is to secure President Obama as the commencement speaker for the class of 2012.

During the WHAS-11 interview, the students discussed how they came up with the idea, the work involved in asking the president to give the commencement, surging student interest, and the recently released “‪We Are Manual: An Invitation to President Obama” video.

“I’ve watched Terry Miner and Rachel Platt since I was little,” Bowling said. “It was a little surreal being in the studio with them and kind of put The President Project in perspective of how much of a reach we’ll have on the community, not just Manual but on Louisville.”

Click here for more information about The President Project.