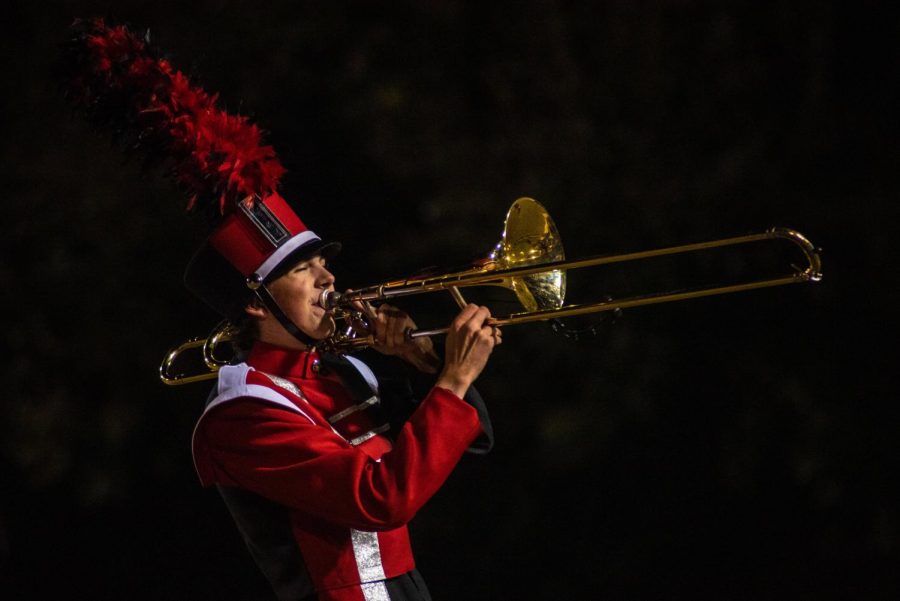 The marching band begins their performance during halftime. Photo by Cesca Campisano

Manual’s Crimson Sound marching band placed fifth in the Regional finals competition at Butler High School on Saturday, November 3, beating out 15 of the 21 schools present; however, the score is officially recorded as eighth place due to a clerical error when one of the judges’ score was misinterpreted as 42 instead of 72.

However, the judges originally told the band that they received eighth place due to the scoring error.

“I’m not real thrilled with the placement. I thought we had a much better performance this time around. It was far more emotional, far more energetic,” said Mr. Jason Gregory, the Crimson Sound’s band director, “But it is what it is. Judging is sometimes a subjective thing, and you may never know what the results will be.”

A lot of the band members agree.

“I expected us to get higher [place],” Jimmy Renton (10, YPAS), “But we put out our hearts on that field and that’s all that matters. We had a really good run, and I’m proud of our entire band.”

Though Crimson Sound may have walked away feeling slightly dismayed, they already looking ahead to next year.

“We’re always trying harder in every competition and everything we do,” Gregory said.

You can see the Crimson Sound’s full performance on tomorrow, November 8th at halftime of the football playoff game.