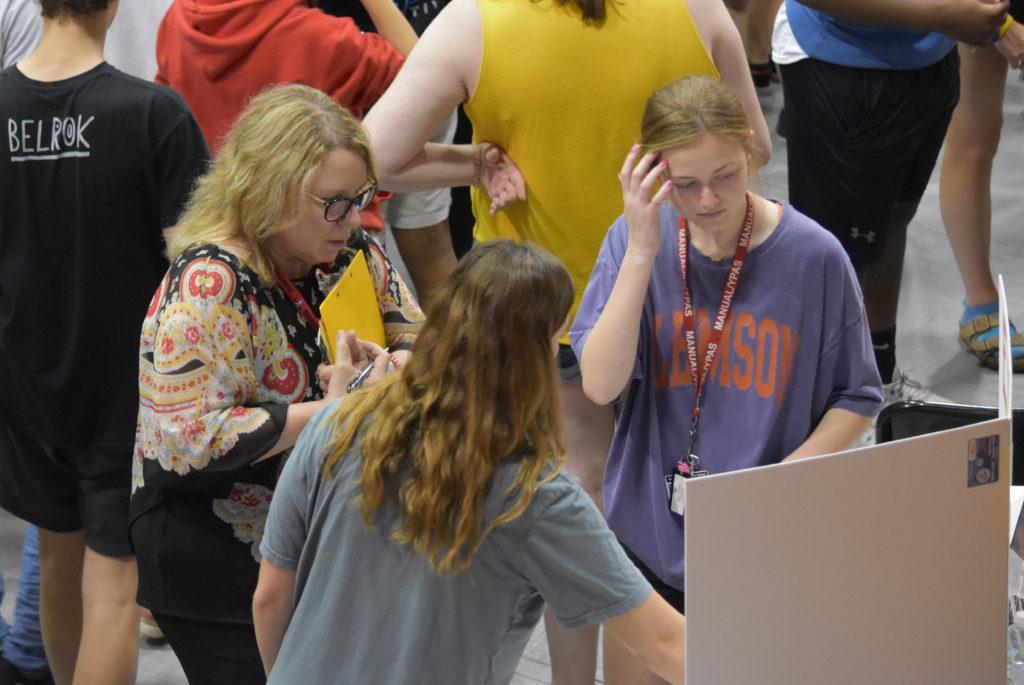 Ms. Ana Castro (Spanish) required her students to present countries that speak Spanish at the Multucultural Fair. Brooke Bollinger (12, MST) and Cora Kirby (12, J&C) explain their research process and what they learned. Photo by Piper Hansen.

The purpose of the Multicultural Fair is to showcase the diversity of cultures among Manual students.

This year, the attendance of the fair is mandatory due to problems students faced last year where they were either unable to go or were held back by teachers.

“Last year kids got the option. I don’t think they knew they had the option. I don’t know if some teachers held kids back to do work in class or do a makeup test, but we wanted to create a time and place where all kids could come and celebrate all of the diversity at Manual,” Assistant Principal, Ms. Paula Boggs, who is in charge of the fair, said.

This year, there will be an adjusted schedule in order to compensate for the time that is reserved for the fair. Students will attend first and second block for 50 minutes each. They will then go to fourth block for 50 minutes. After that, they will attend third block for an hour and 40 minutes from 10:25 to 12:05. During this time, they will have lunches. After that, every student will be released to go to the fair.

Because last year was the first time the fair took place, Ms. Boggs switched things up in order to improve student and teacher enjoyment of the fair and their ability to attend.

“Last year, the two biggest complaints were that there were a lot of kids in one area, and it was really hot. So this year we have air conditioning, and we’ve spread it out a little bit,” Boggs said.

It will take place in the small gym, the large gym and the auditorium in efforts to make it less crowded and cramped. Each class will rotate through these places according to a schedule.

Performances will be held in the auditorium, the booths will be in the large gym, and the small gym will hold the food section of the fair.

Students throughout Manual can participate in the fair by helping with preparations, working a booth, performing or just by attending.

To learn more about participating or the upcoming event you can contact Ms. Boggs at [email protected] or call (502) 485-8241.