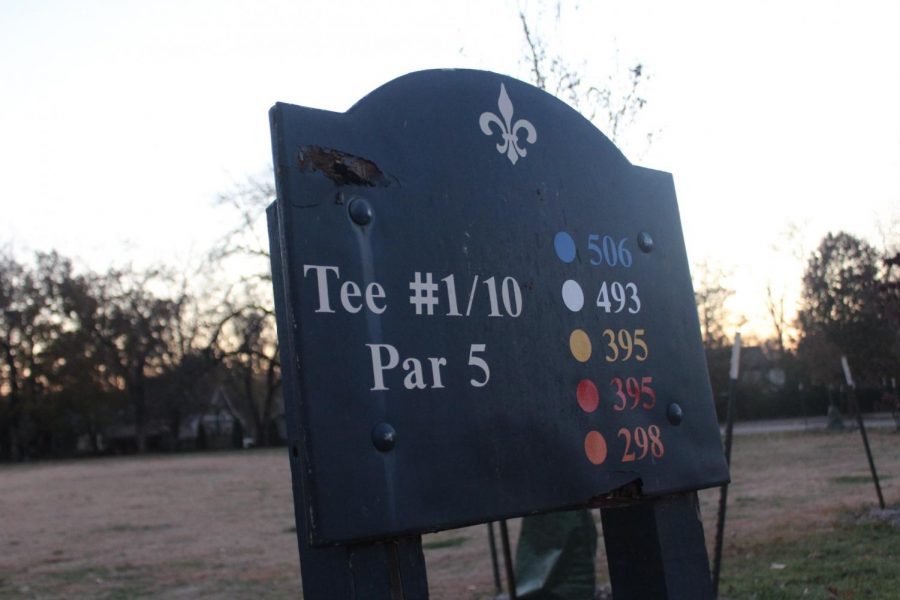 As the city is forced to make budget cuts due to the state-wide pension crisis, officials are looking everywhere to trim the bottom line, and now their eyes have fallen on the golf courses.

The fate of Louisville’s 10 public golf courses is unknown.

The majority of high school golf is played on public courses.

“In the past three years, all of our matches and most of our tournaments have been on public courses,” Eliza Gallagher (11, MST), a member of the girl’s golf team, said.

“This past year 75% of the 196 high school golf matches were played on Louisville’s public courses,” Pat Heitz said.

Golf has always been a part of Heitz’s life. In college he worked at Seneca, he coached girls golf at Ballard High School for 7 years and boys golf for 5 years and he now assists Trinity High School’s golf team and schedules its matches.

Heitz worries that closing courses would hurt golfers in parts of town with the least access to golf courses.

“Great golfers have started on public courses. The future of the golf industry demands that our youth have access to golf courses. If you close public courses, you’re limiting their ability to play,” Heitz said.

Iroquois, Sun Valley and Bobby Nichols are all located in the south end. If these courses are closed, Quail Chase would be the only municipal course left in the south end. Although Metro Council almost unanimously passed an ordinance that reworked golf course budgets and increased green fees by $5, making closing courses unnecessary, Mayor Greg Fisher sent back the ordinance and is currently reviewing 13 requests for proposals from private companies to manage the municipal courses.

Councilwoman Cindi Fowler, D-14, sponsored the aforementioned ordinance. Her office did not respond to our request for a comment.

The sole vote in opposition came from Councilman Bill Hollander, D-9. Hollander refused to comment in order to “avoid any improper interference in the procurement process.”

If Fischer moves forward with one of these companies, golf pros will face career uncertainty.

“Seneca’s pro, Kevin Greenwell, taught me the game and gave me donated clubs. I owe a lot to him,” Gallagher said.

Pros help introduce new players to the game and some credit them for even more. Mike McQuire, whose son Matthew has played at Seneca for four years and worked there for two, testifies to this.

“Kevin Greenwell spends his days in the summer giving lessons to men, women, and children of all ages, hundreds of lessons a week to help promote golf as well as our community. You look at what he has done for Matt; he is more than a coach or boss and teaches them so much more than just golf. Respect, honesty and so much more,” McQuire said.

“It’s cheap to play. You could even go to a public golf course and say, ‘I don’t have any money, if you put me to work for an hour or 2 picking up trash, would you let me play?’ and they’ll do that,” Heitz said.