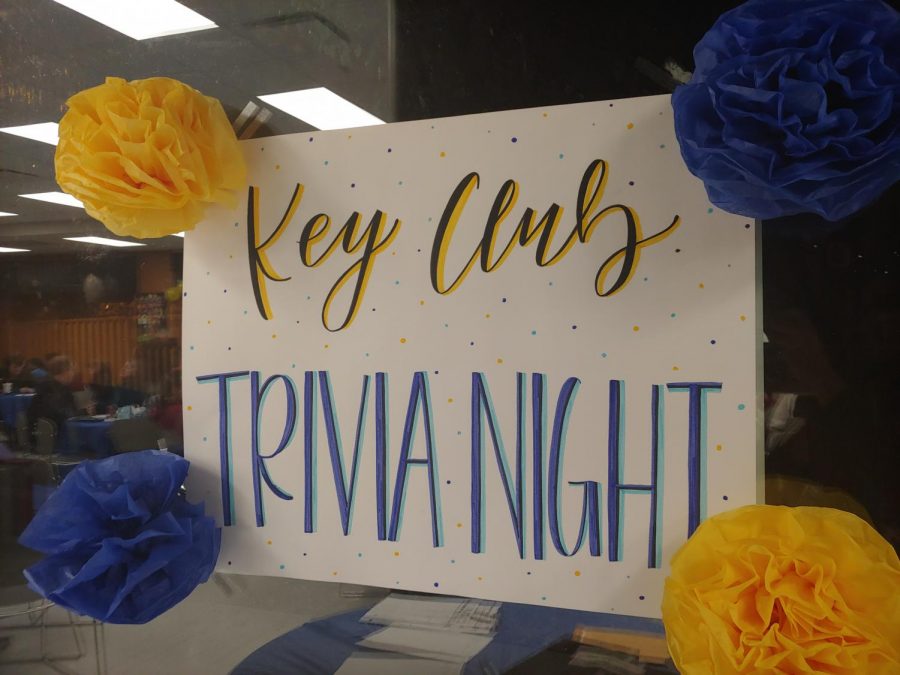 hey everyone! mark your calendars for our annual trivia night next month (Nov 15)! bring your friends and help us raise money for Unicef’s Project Eliminate! we hope to see you there!:)

“This is an annual fundraiser that we have been donating to UNICEF for 11 years now and is one of the preferred charities of Key Club International so we try to do our part to donate,” Emma Keeling (12, VA), Key Club President, said. “Project Eliminate is one of the projects of UNICEF and its goal is to eradicate neonatal and maternal tetanus in third world countries.”

This event is run by all the Key Club members with little help from the sponsor.

“I am the service chair for Key Club and I was the MC of Trivia Night and my job was to announce questions, answers and door prize winners with my co-mc Franklin Wu,” Aiden Hamade (11, MST), Key Club Service Chair, said.

“Kids always run everything and get prizes donated and run the show and set everything up,” Key Club sponsor, Ms. Moss, said. “I write the questions, but that’s all I do, so it’s all run by kids. I like that because it’s all kind of ownership by the kids, and they took it from the planning stages and actually implemented, so that’s nice.”

The trivia questions had different categories, but they were all Avengers-themed. The category could be “Black Panther” for song-based questions, “Endgame” for avengers-themed questions, “Iron Man” for elements of the periodic table and so on. The group of six participants who win the trivia are given $300 for them to split among each other.

For example, one category was called “Captain America” and asked questions all pertaining to the USA and another category was named “Doctor Strange” and all questions asked were about recalling the name of various tv show doctors from the picture of them provided.

There were 26 groups in total ranging in a table of 6 players to a table of ten, but there could only be three winners.

“It was a really fun time and we were really surprised when we knew a lot of stuff,” Murari Srinivasin (11, MST), member of the 3rd place group, said.

After every round, the announcers would draw a name for a door prize that came from donations or that key club officers purchased themselves. They picked from a bowl of names that every player entered after paying for their ticket when they arrived.

“I was the first to win a prize and I was actually really surprised at first, but I was really happy because it was a really nice gift,” Sachi Dixit (11, YPAS) said.

“I’ve always looked forward to hanging out with my friends ’cause usually what I do is stay after school all the way up until trivia night at 6, and we form groups,” Vy Pham (10, HSU) said. “It is always a good time to have fun and relax.”

Last year, Key Club’s trivia night raised over $2000 to donate to UNICEF’s Project Eliminate, and this year they are looking to have raised about the same amount.

Students have also suggested changes to the annual trivia night pertaining to the questions specifically.

“The trivia questions were often difficult and appealed more to boomers,” Clayton Curry (11, HSU) said. “I enjoyed my time and would do it again, but maybe they should center the questions more around their majority of participants: kids.”