A pre-season look at the 2019-20 Manual basketball teams 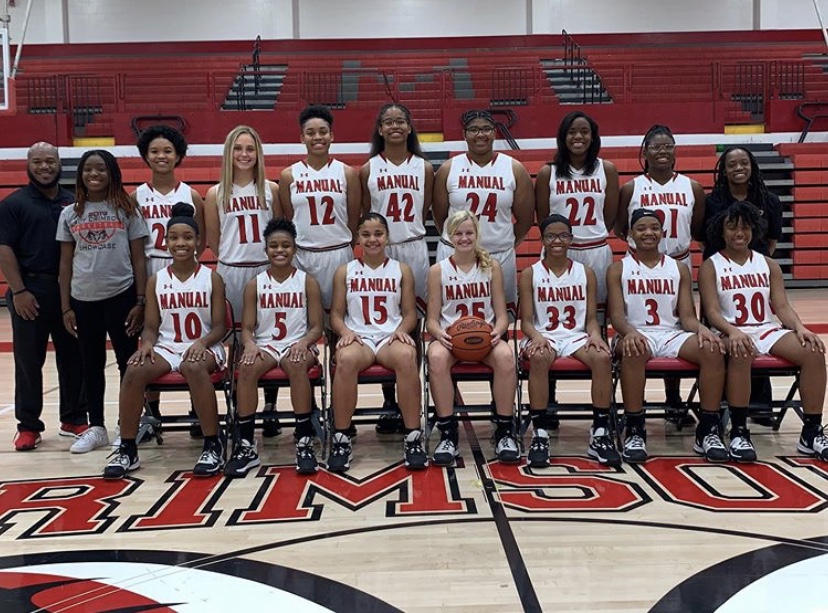 Manual hopes for improvement this season. They’re led by Eli Roberts and coached by Jimmy Just in his thirteenth season.

Roberts is a 6-foot-7-inch senior forward who is ranked #23 in Kentucky’s class of 2020, according to Next Up Recruits. Last season, Eli Roberts had an average of 13.6 ppg (points per game) and 6.0 rpg (rebounds per game), while shooting 60 percent from the field goal (meaning all shots excluding free-throws).

Recktenwald and Northington were both key components for the Manual football team, finishing the season 9-3 after falling to St. Xavier in the second round of the KHSAA class 6A playoffs.
Girls’ Basketball
The Crimsons finished the 2018-2019 season 21-10, losing to Male in the seventh region finals with a score of 54-35.

This season, Manual will be led by 6-foot-1-inch senior center Dejah Chatman, who will return from a knee injury. In the few games Chatman played last season, she averaged 9.2 ppg and 4.7 rpg.

The team has high hopes for this season as they played in the seventh region finals for the past four years, winning in 2016 and 2018. This season, Manual is ranked third in the Seventh Region and is coached by Jeff Sparks in his seventh season as head coach.

Both the boys’ and girls’ teams will open their seasons at Portland Christian on Dec. 2 in a doubleheader. The girls will play first at 6 followed by the boys at 7:30.