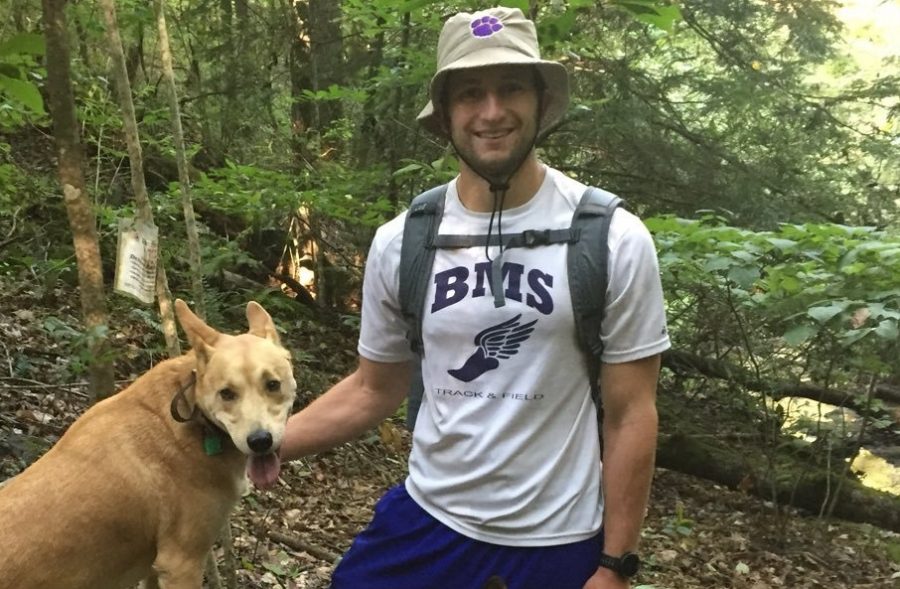 Hartlage is no stranger to teaching as he was a health/PE teacher for 6 years at Bardstown Middle School, located in Bardstown, Kentucky.

“I have a passion for sports and athletics in general, but also the students health and also my own personal health, and I think I can be a good example to lead and obtain those levels of optimal health,” Hartlage said.

While he is grateful to be at Manual, he also described that it’s been a transition that took some getting used to, especially without a classroom to call his own.

“It’s been kind of hard because I’ve had to switch classrooms a lot and had to get adjusted to the block scheduling, but I like the block schedule. It gives me more time to teach and helps out a lot,” Hartlage said.

Hartlage also has a history of playing many sports and keeping himself in shape, especially in high school.

“In high school I swam for a couple of years, played basketball, ran cross country and track & field and played baseball,” Hartlage said.

He’s always wanted to a part of the Crimson family and was excited to finally get the chance.

“My initial motivation to be here was high school. I was denied admission when I was applying for high school years ago.That was sort of an intrinsic motivation. I knew that that the staff and student body here was phenomenal and the help and support was second to none,” Hartlage said.

His family is no stranger to the school either. His mom, Leanne Buehner, is Manual’s cafeteria nutrition manager.

“I only see her when I’m hungry, but so far I like it. She takes care of me,” Hartlage said.

In his free time he is an active person and enjoys spending time with his wife.

“I enjoy hiking, any type of athletic event, and hanging with my two dogs and wife. Almost every Sunday morning we hike at Jefferson Memorial Forest or Red River Gorge,” Hartlage said.

He is the third new hire to the health/PE department this school year.