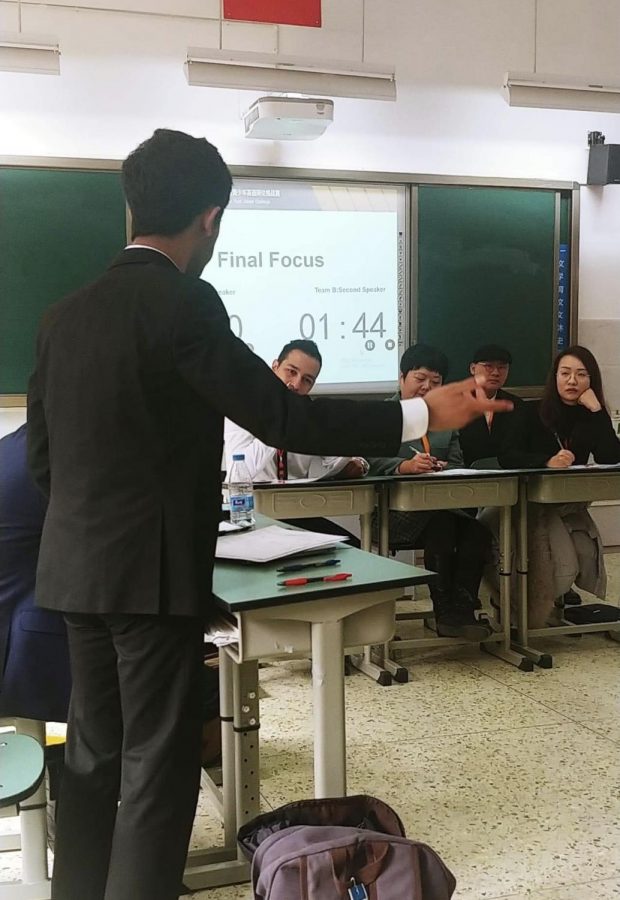 Nikhil Polepalli participating in a round of debate. Photo Courtesy Erica Cooper

From Nov. 18-26 members of Manual’s varsity debate team spent the week in Chengdu, China in an International Debate Tournament. Manual was one of twelve high school debate teams in the nation to compete in the tournament.

“It was awesome! I had the opportunity to network with some of the most competitive and talented individuals from the United States and China,” Polepalli said.

Manual is not new to this tournament. This year was the second time that Manual had competed in the tournament and the second year in the row they placed. The previous tournament had 24 teams, 12 from the United States and 12 from China.

In addition to debating, the team also learned about Chinese culture, politics and social issues.

“It was very unique, there was an immense among the differences, but there were major differences too,” Polepalli said, “The citizens there were so oblivious to certain issues occurring in their country such as the Hong Kong protest and Uighur concentration camps.”

“We got the opportunity to learn about the Chinese Sichuan! From panda research and breeding base, to an artifacts museum in Chengdu and many, many spicy choices from their delightful street food. “ Cooper said.

Polepalli had a less enjoyable time with the food there.

“I couldn’t really eat much, so it was pretty much all veggies for me”, said Polepalli

The debate team will have their first contest of second semester on Jan. 17, 2020.