What has changed at Manual over the last four years? 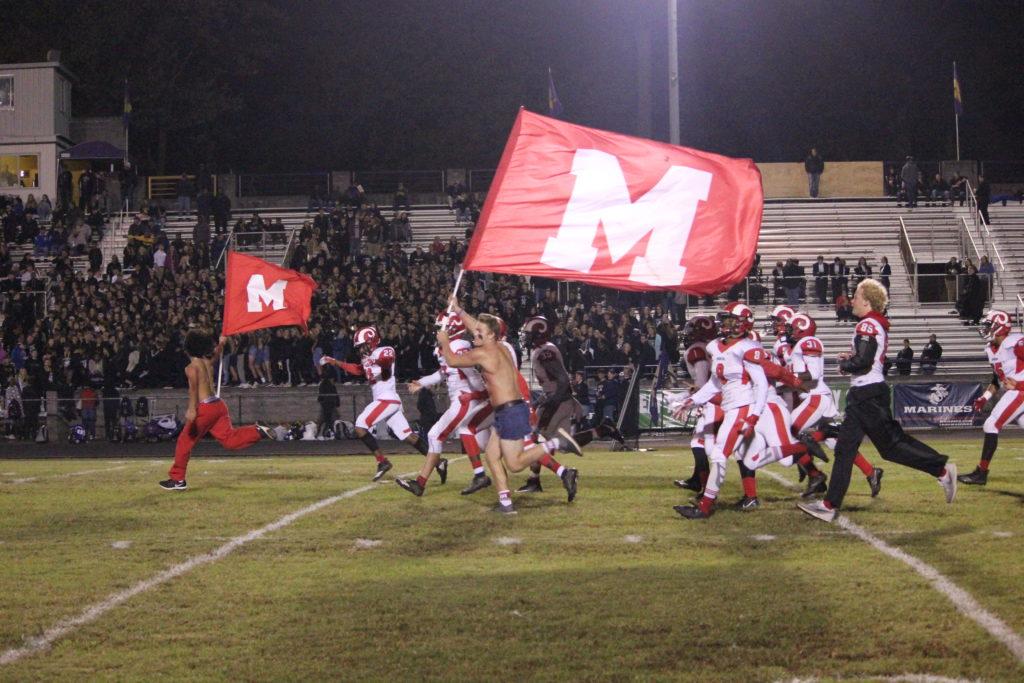 Seniors run with flags, leading the Crimsons onto the field before the game begins. Photo by Emma "EP" Presnell.

As a public educational institution, Manual is ever-growing and changing. Many seniors are beginning to choose colleges, defend their backpacks and preparing to say goodbye to a home of four years. This is a time of reflection, discovery and part of each student’s individual legacy. Some seniors gave their thoughts on the changes Manual has had from the time they were freshmen to 2020.

“A lot of people have resigned or quit since I’ve been here, and we had that principal transition. In general, I’ve noticed, that besides that, it seems that Manual has become a lot more culturally aware than it was when I first got here. That’s probably been the biggest change. And the Backpack,” Jonathan Sutphin (12,YPAS) said.

“I’m seen definitely a lot of social change and a shift in people’s mindset… I think Manual has definitely become more progressive and open over the four years that I’ve been here, especially with administration change and new policies,” Lily McConnell (12, VA) said. “I think it’s all pretty good…we’re going in the right direction for and creating an open environment.”

Students expressed satisfaction regarding the more progressive shift in Manual’s culture and their experiences with such, numerous students also stating it as one of the biggest changes. In addition, there were fond recollections of how they’ve enjoyed the administration, certain teachers and Mr. Palmer, the YPAS security guard.

Even while enjoying the cultural change at Manual, some seniors expressed frustration.

“When I was a freshman, I had respect for my teachers. I may not have liked them, but at least I sat in my classes and didn’t interrupt them consistently… And I think they don’t realize you don’t have to be at Manual, and like this is a good school. There’s three people that would gladly take your spot,” Faith Greenwall (12,YPAS) said.

Seniors want freshmen to understand that they are sincerely trying to help them learn and grow, wanting only the best for them and their education. The cultural shift between the generations has sparked miscommunication, one seniors are avidly trying to clear.

“… you can’t tell the freshmen that they’re not doing it right anymore or else they’ll go to the teacher and say that you’re bullying them. It’s like no, I’m trying to help you get better,” Greenwall said.

“They’re so sensitive when you try to critique their work. But we’ve [seniors] already been there. You have to have your stuff critiqued, otherwise you’re not going to learn.” Lola Rowe (12,VA) said.

Manual continues to be an ever-growing and changing school. The class of 2020 predicts even more beneficial development to continue occurring.

“Of course, there’s still some things that could be changed, like things that bring everyone together so we’re not so separated, but still keeping everyone’s individuality… more equal opportunities for everyone and really banding together,” McConnell said.