Get to know Charles Booker, the new candidate for US Senate 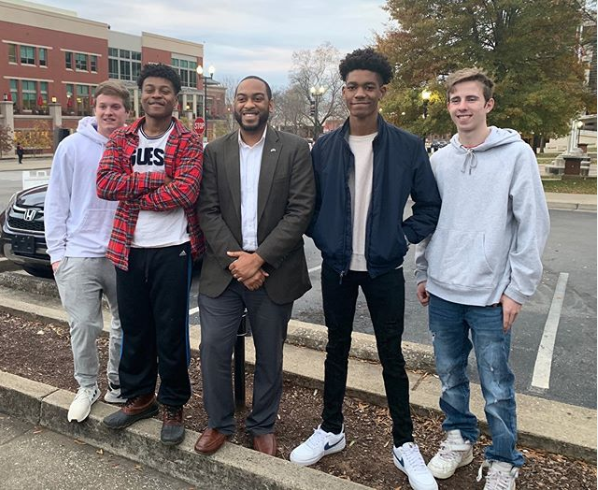 Booker is a state representative from Kentucky’s 43rd district, located along the Ohio River.

Booker was born in the West End of Louisville, living in one of the poorest zip codes in the city. Growing up was a struggle as both of his parents had to drop out of high school to take care of his sister and brothers. On top of that, Booker had his own battle of living with diabetes. He often had to ration out his insulin when he was young.

Booker has a wife Tanesha and they are raising two daughters together.

A Louisville native, Booker has a long history of education and political life. He graduated from the University of Louisville law school before working for the Legislative Research Commission as an analyst until 2014, when he was fired for appearing in a campaign video for Alison Lundergan Grimes, who ran for U.S. Senate that year.

Booker then got a job as a director of Administrative Services in the Kentucky Department of Fish and Wildlife.

In 2016, Booker ran for the District 33 Senate seat. His opponent Gary Neal, incumbent since 1988, defeated him in the Democratic Primary. Booker finished third with 20 percent of the vote, coming behind Neal and the other candidate, Joan Stringer.

Booker was elected to the Kentucky House of Representatives in 2018. He was the youngest black state legislator in Kentucky in 90 years. With his time in the Senate, he has highlighted the issues of gun reform, voting rights, and criminal justice reform. He also helped pass bipartisan legislation to help people get insulin in emergency situations.

Booker has centered his campaign around progressive policies including supporting Medicare For All, the Green New Deal, and criminal justice reform.

The Democratic primary is May 19th.