YPAS Philharmonia visits the Midwest Clinic in the Windy City 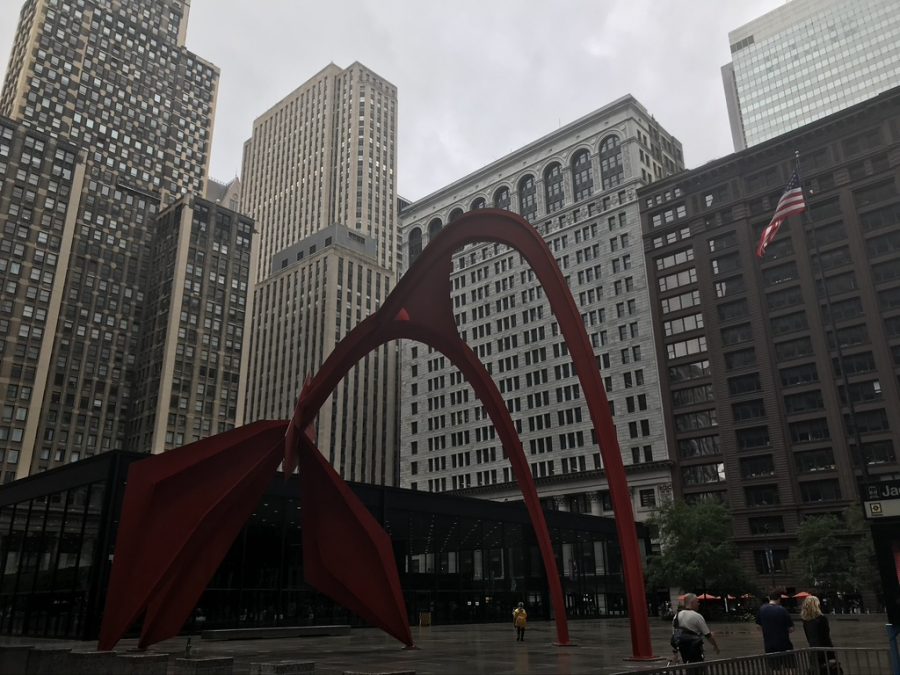 While at the Midwest conference, students had a few sightseeing opportunities such as the one pictured. Photo by Maddie Bohler.

Last month, the band and orchestra departments at the Youth Performing Arts School attended the Annual Midwest Clinic for the first time in 15 years.

In order to attend the Midwest conference, groups of musicians have to be selected after completing their application process.

“Directors have to submit an application by the middle of March–in our case, March 2019. The application includes audio recordings, video recordings of rehearsals and performances, director and school biographies and recent successes, as well as three letters of recommendation,” Whisler said.

The Orchestra program has three orchestra groups at Manual, the Philharmonia is the highest of the three in level of demand and music difficulty.

On December 19th the orchestra and band students traveling to Chicago arrived to school early in order to leave by 7:00 in the morning.

In Chicago, the students stayed at the Hyatt Regency McCormick Place. After arriving in Chicago on Friday afternoon, they were able to go shopping on the Magnificent Mile before their performance their pieces the following morning.

“Most pieces were written within the past year and comes from a variety of difficulty levels. Part of playing in Midwest is to allow any director in attendance to come away with new pieces to buy or program, regardless of their ensemble’s level. Shirl Atwell and Sid King are Louisville-based composers, and Sid performed as double bass soloist on his own piece, Entre Dos Luces. Guest conductors included YPAS Director of Bands, Curtis Essig, and Director of Orchestras at Wichita State University,” Whisler said.

“It was a little nerve racking playing pieces that they had written because it was something that they created and know, so they would know if we messed up,” Wendy Gray (12, YPAS) said.

Every member from the Philharmonia was able to attend the conference along with the students picked from the band department with the help of donations and Mr. Whisler’s and Amie Dennison’s, the YPAS bookkeeper, decision to organize the bookings and payments themselves, instead of hiring a travel agent, in order to minimize the cost of the trip.

“It’s a huge honor, as many of the best names in the industry attend and perform. It helps YPAS gain and retain a prominent position in the national discussion of top music programs in the country,”  Whisler said.