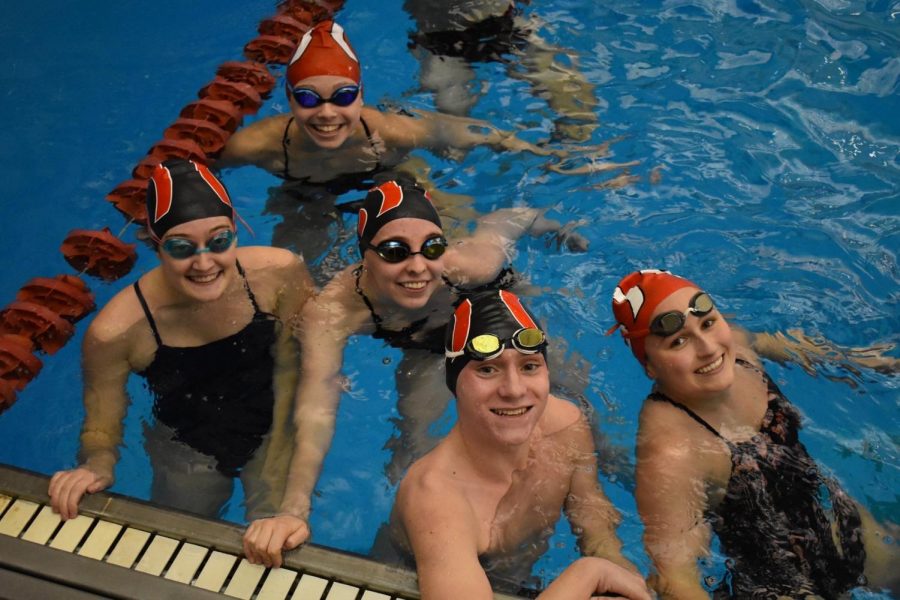 Last Wednesday, Manual’s swim team defeated Male for the 15th straight year at Central High School’s natatorium. Both teams hosted a Senior night to honor the departing seniors for their participation on the team.

Manual pulled out the win with comfortable margins against a much-improved Male, between multiple relay wins and individual victories from Elif Ozyurekoglu (12, MST), Hayden Brown (12, MST) and Jane Hu (12, MST).

Halfway through the meet both Male and Manual honored their seniors, announcing their names, future plans and swim performances over the last four years. Male went first, with Manual following shortly after.

For some Seniors who have spent four years on the team, Manual swim has been more than a sport to them.

“I love to swim because it’s nice to clear your head,” he said. “It just feels nice to be in the water.”

For Ellie Hummel (12, MST) swimming for Manual is a break from her academic responsibilities.

“I’ve swam for Manual since 9th grade,” Hummel said. “I think it’s just a great way to have fun outside of school and kind of take a break from all the academics and stressors.”

And while Andrei Zahorik (12, HSU) is a club swimmer and does not attend practices, he still feels a connection to the team.

“I don’t go to practices, but the meets are always fun because it’s a community of people that I know even better than the swimmers on my club team,” he said. “Honestly it’s just been a great experience getting to know more people and swimming with them.”